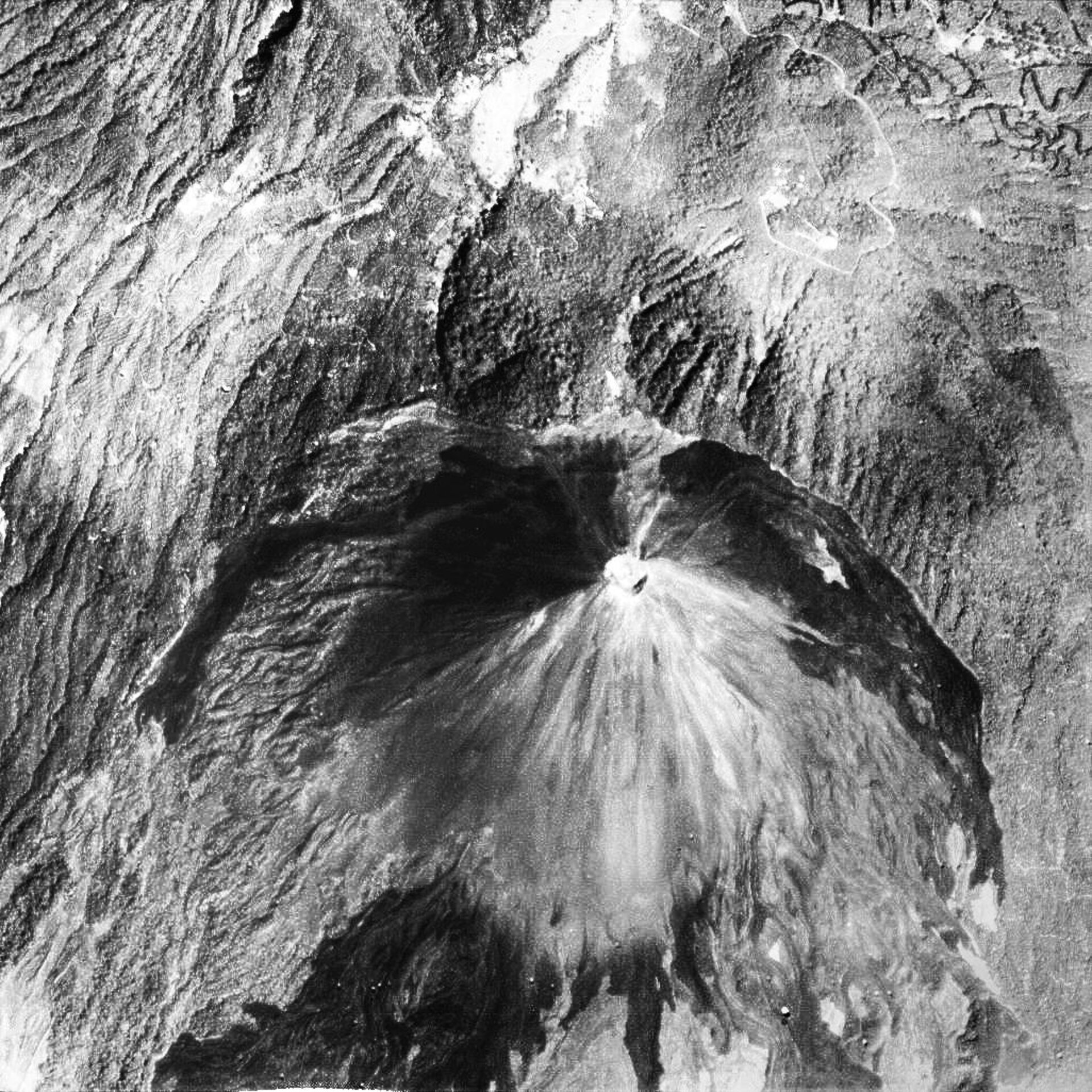 The Santa Ana Volcano erupted on 1 October 2005, killing two people and forcing thousands to flee the area. Although volcanic activity in the area is not unusual, Santa Ana had been dormant since 1904.

About ten percent of the world's population live near an active volcano. During the 1990 United Nations-sponsored International Decade for Disaster Reduction, 18 volcanoes were selected for special study, but there are at least 600 more which are or may become active.

In this context, monitoring and response initiatives are of paramount importance. Experts in volcanology have called for more volcanoes to be monitored - at present only one in five is. Through the use of satellite imagery, it is possible to detect both the small surface movements which may herald a volcanic eruption and to monitor the aftermath.

Proba's High Resolution Camera (HRC) acquired this image on 21 December 2005. The HRC is a black and white camera that incorporates a miniature Cassegrain telescope, giving it far superior spatial resolution than the human eye.

Orbiting 600 kilometres above the Earth’s surface, Proba boasts an 'intelligent' payload and has the ability to observe the same spot on Earth from a number of different angles and different combinations of optical and infra-red spectral bands.