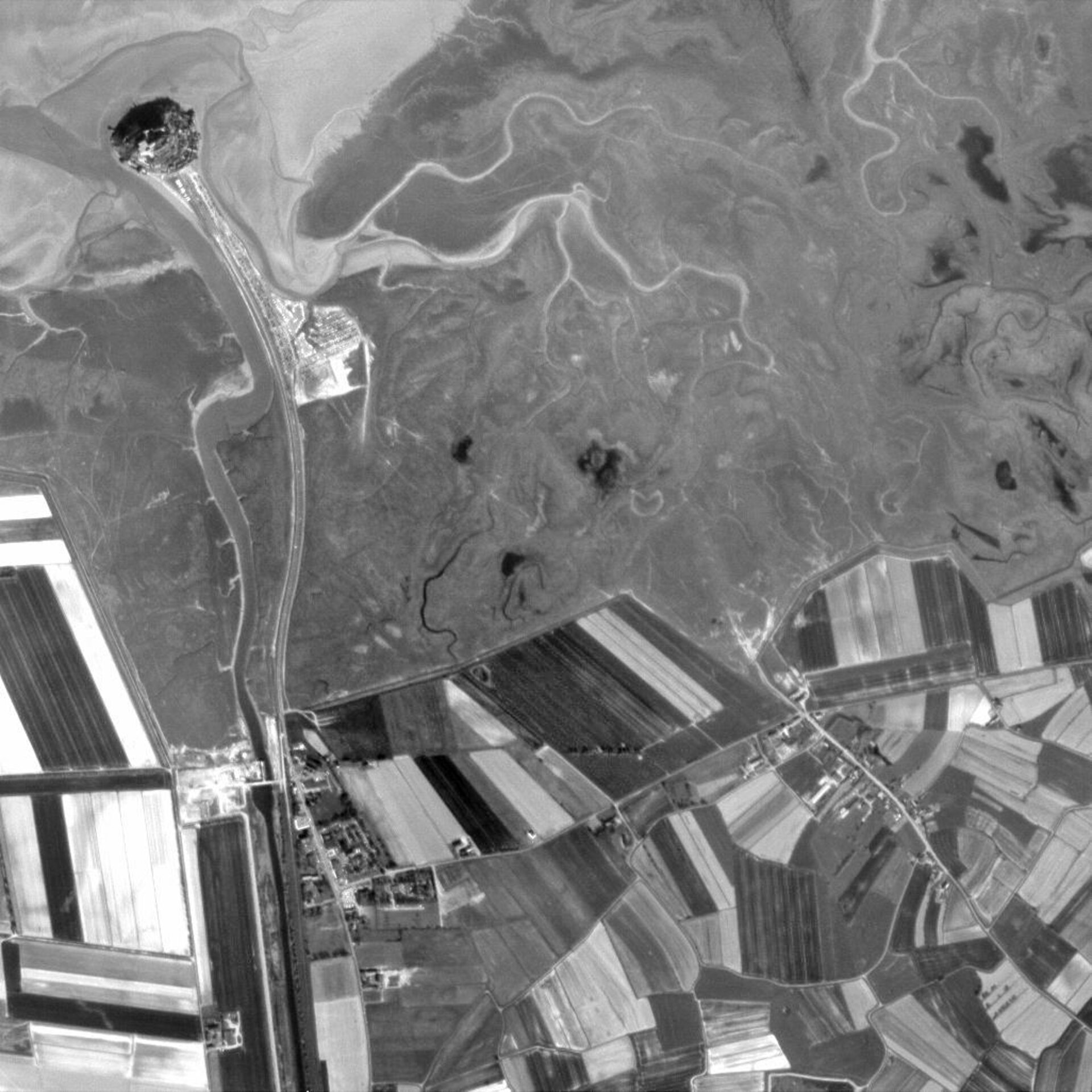 This Proba image acquired on 7 April 2007 shows the sandy coastline between Normandy and Brittany and Mont St. Michel on the north coast of France in the Bay of Mont-Saint-Michel in the English Channel.

Mont St. Michel, seen in the upper left hand corner, is a small quasi-island that is separated from the mainland by approximately one kilometre of sandbanks at low tide or waves at high tide.

Formerly, the only way to reach the islet from the mainland was by foot or boat, which could pose substantial risks with the tides being among the greatest in France. The area is also prone to quicksand fields. Today, a road links the islet to the mainland (visible).

The ‘Wonder of the West’, a Gothic-style Benedictine abbey dedicated to the archangel St. Michael stands on the rocky islet. Since 1979, Mont St. Michel and its bay have been included on UNESCO’s World Heritage Sites list, where it is described as “a technical and artistic tour de force, having had to adapt to the problems posed by this unique natural site.”

ESA’s Proba (Project for On Board Autonomy) satellite acquired this image with its onboard panchromatic High Resolution Camera (HRC). Although Proba, operated as an ESA Earth Observation Third Party Mission since 2004, was originally built for a two-year mission, the superb performance of its platform has allowed it to remain fully functional and scientifically productive.

Measuring just 60 x 60 x 80 cm, Proba performs autonomous guidance, navigation, control, onboard scheduling and payload resources management. Its other onboard imaging instrument is the Compact High Resolution Imaging Spectrometer (CHRIS). Together HRC and CHRIS have provided more than 10 000 images of more than 1 000 sites.