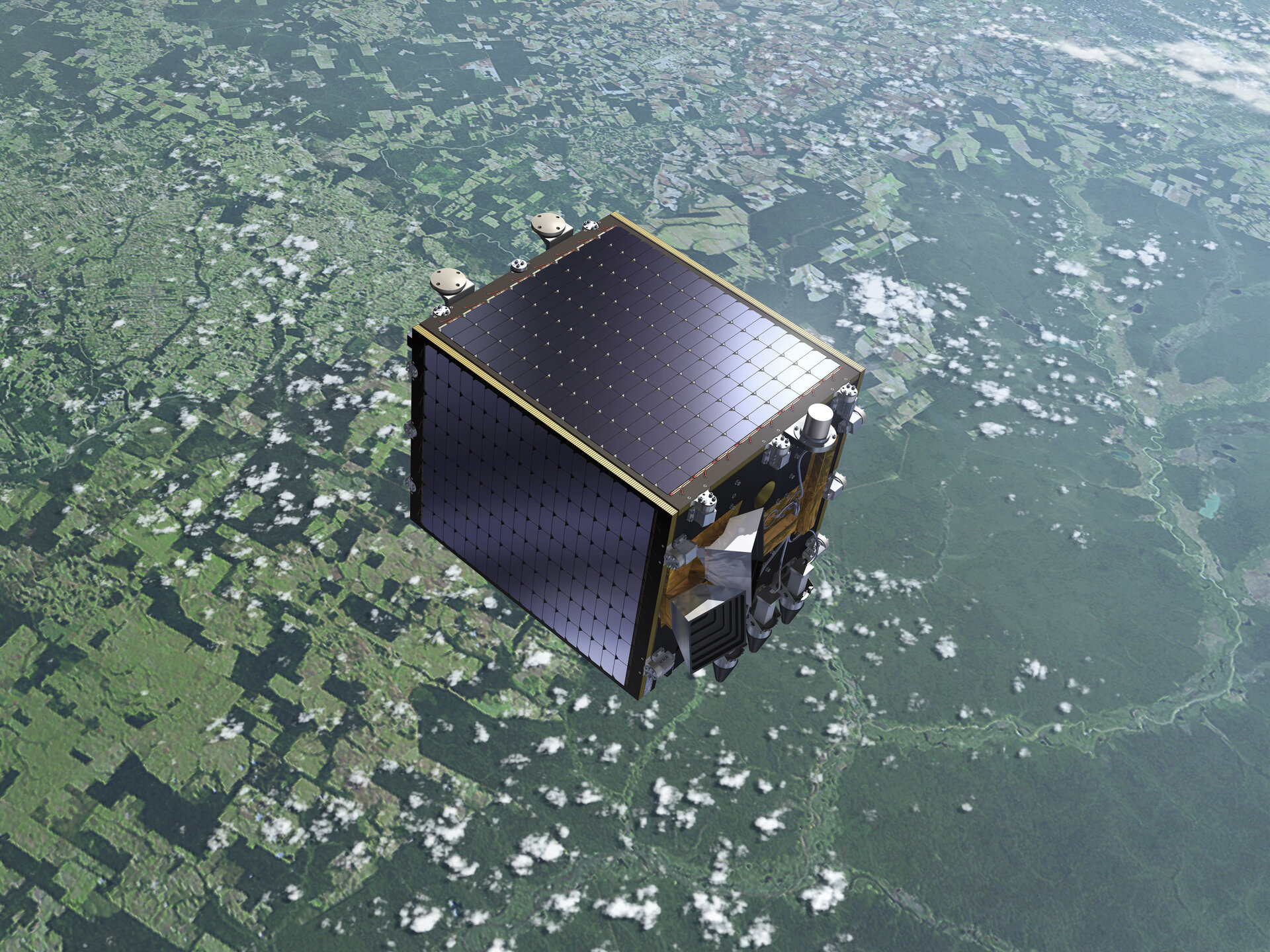 The Proba-V satellite may only be slightly larger than a washing machine, but it is tasked with a full-scale mission. This miniature satellite is designed to map land cover and vegetation growth across the entire globe every two days.

Over the last decade 'Proba' has become synonymous with small high-performance satellites, designed around innovation. The two previous satellites in the series were demonstration missions to give promising technologies an early chance to fly in space. They were overseen by ESA’s Directorate of Technical and Quality Management.

Although designed as a demonstration mission, the success of the first Proba satellite led to it being operated as an Earth observation Third Party Mission. Proba-1 carries a high-resolution imaging spectrometer.

Proba-V, however is different from the outset: this new mission will start serving as an operational Earth observation mission as soon as its six-month commissioning phase is complete, supplying data to an existing – and eagerly waiting – user community.

The 'V' stands for Vegetation – a lighter but fully functional redesign of the ‘Vegetation’ imaging instrument previously flown on France’s full-sized Spot-4 and Spot-5 satellites.

Launched on 7 May 2013, Proba-V has been designed to continue the supply of this much needed imagery for applications such as climate impact assessments, water resource management, agricultural monitoring and food security estimates.