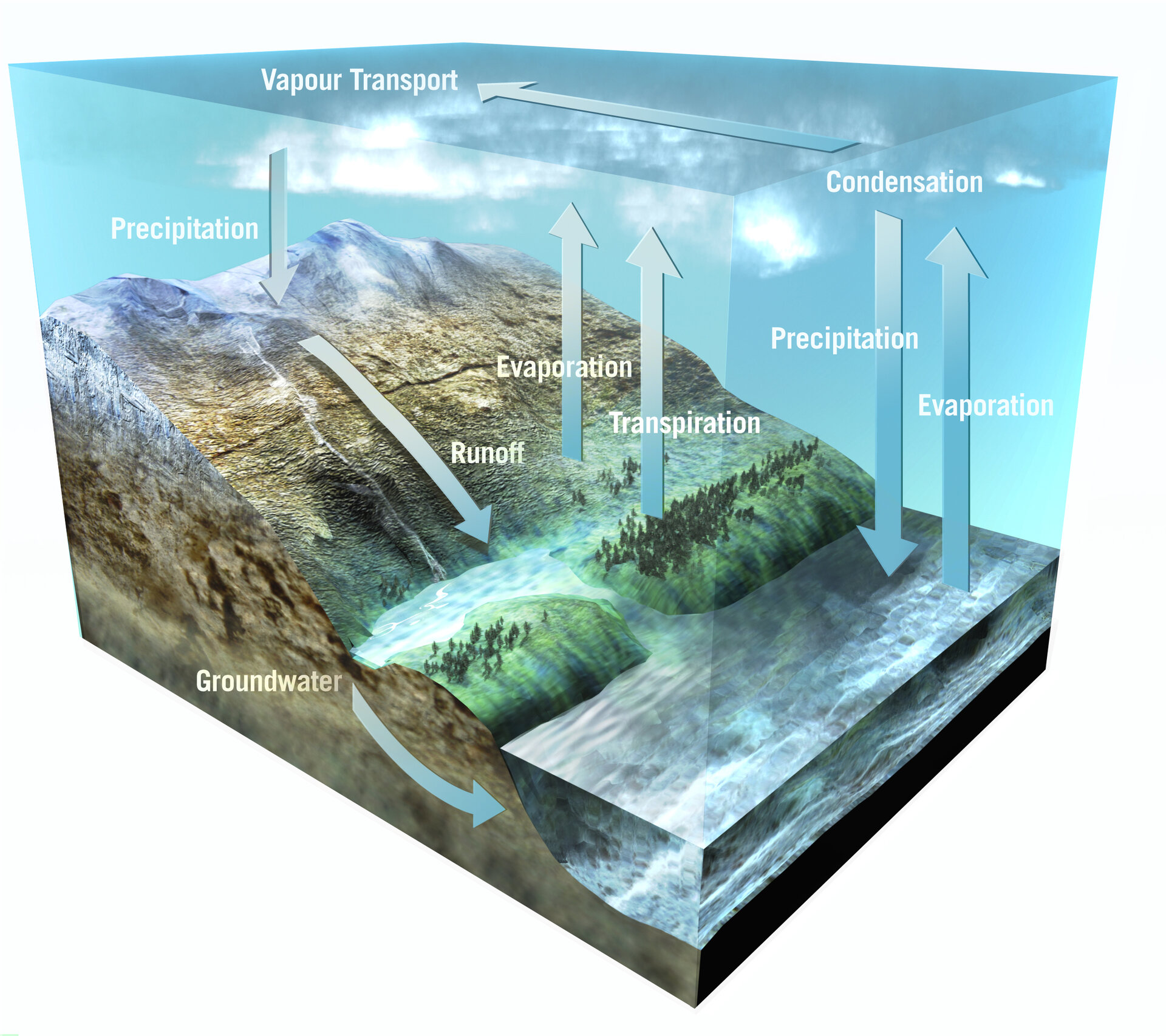 Although the amount of water on Earth is fixed, it is continually cycled between the oceans, the atmosphere and the land. Powered by the Sun, this circulation and conservation of Earth’s most precious resource is a crucial component of our weather and climate.

Despite the water cycle being one of the most important processes operating on our planet – sustaining life and controlling our weather and climate – this fundamental system is still relatively poorly understood.

Understanding if, and how, Earth’s water cycle is being modified by climate change is becoming increasingly important, not only for understanding how Earth works, but also for environmental policy and decision-making.

A warmer climate is likely to lead to changes in evaporation patterns over the land and oceans, increasing the moisture content of the atmosphere – hence influencing weather patterns. This brings many concerns, especially for water consumption and agricultural needs.

By regularly and consistently mapping soil moisture and ocean salinity, ESA’s SMOS mission aims to improve our understanding of the role these two key variables play in regulating the water cycle.

Soil moisture generally refers to the water held in the spaces between soil particles. Primarily, soil moisture is a function of rates of evaporation and precipitation, although the type of soil and vegetation cover also influences the rates at which water filters through the soil and runoffs off the surface.

In the oceans, variations in the salinity of the surface waters depend on the addition or removal of freshwater through evaporation and precipitation, and in polar oceans by the freezing and melting of ice. The salinity and temperature influence the density of seawater. Together these variations drive ocean circulation patterns, which in turn, moderate climate by bringing warm surface waters to higher latitudes and cool deeper waters back to equatorial regions.