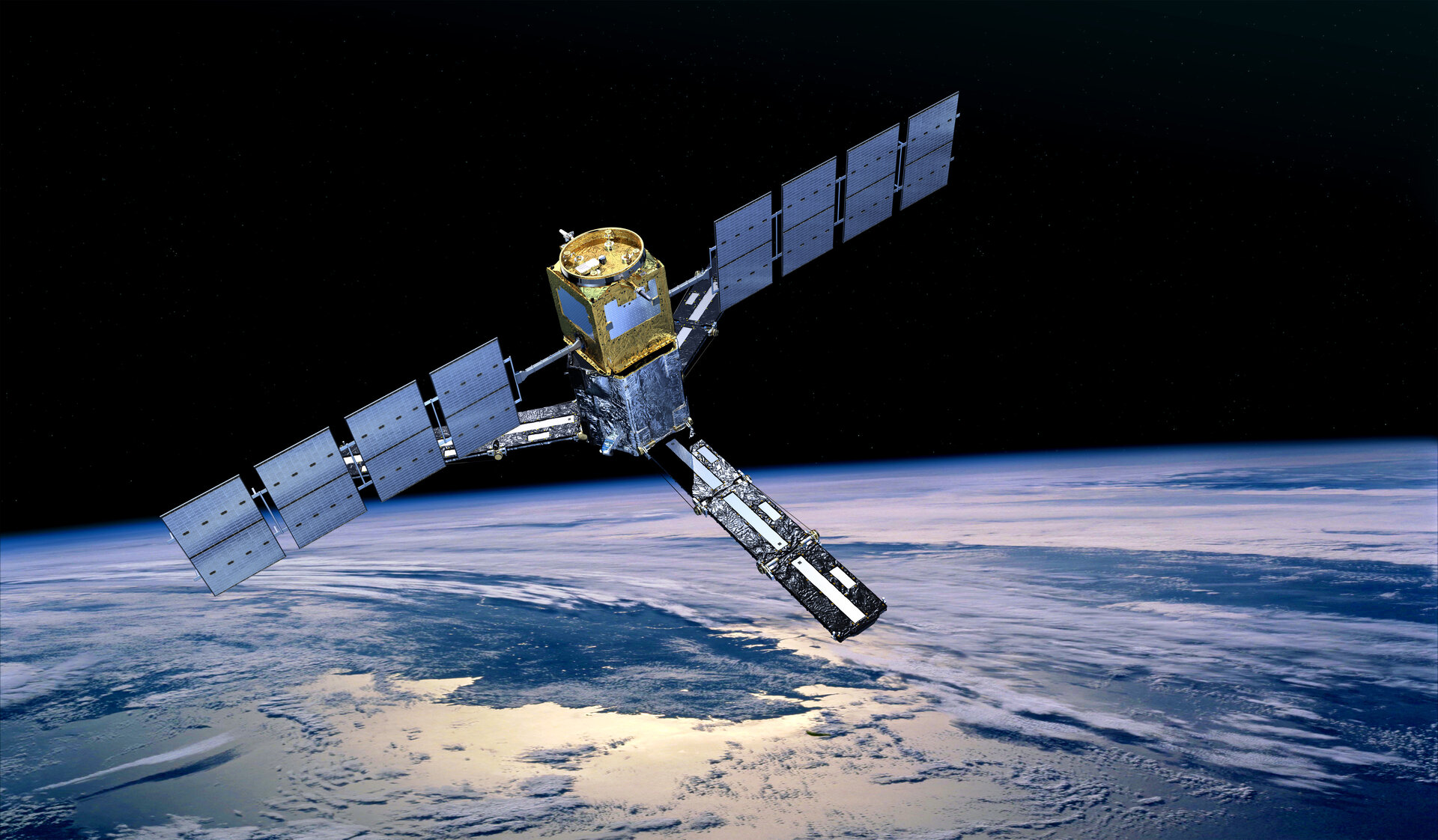 This week, the UN World Meteorological Organization announced that concentrations of greenhouse gases in the atmosphere have reached yet another high. This ongoing trend is not only heating up the planet, but also affecting the chemical composition of our oceans. Until recently, it has been difficult to monitor ‘ocean acidification’, but scientists are exploring new ways to combine information from different sources, including from ESA’s SMOS mission, to shed new light on this major environmental concern.

As the amount of atmospheric carbon dioxide continues to rise, our oceans are playing an increasingly important role in absorbing some of this excess. In fact, it was reported recently that the global ocean annually draws down about a third of the carbon released into the atmosphere by human activities.

While this long-term absorption means that the planet isn’t as hot as it would be otherwise, the process is causing the ocean’s carbonate chemistry to change: seawater is becoming less alkaline – a process commonly known as ocean acidification.

In turn, this is altering bio-geo-chemical cycles and having a detrimental effect on ocean life.

Pteropods, tiny marine snails known as ‘sea butterflies’, are an example of a particularly vulnerable species, where shell damage has been observed already in portions of the Arctic and Southern Ocean. Pteropods are hugely important in the polar food web, serving as a key food source for important fisheries species, such as salmon and cod.

With the damaging effects of ocean acidification already becoming evident, it is vital that the current shift in pH is monitored closely. Covering over 70% of Earth’s surface, ocean wellbeing also has a bearing on the health and balance of the rest of the planet.

Recent advances in data capture have included state-of-the-art pH instruments on ships and floats, but we can gain a global view by taking measurements from space. However, at present there aren’t any spaceborne sensors that can measure pH directly.

The use of satellites has not yet been thoroughly explored as an option for routinely observing ocean surface chemistry, but a paper published recently in Remote Sensing of Environment describes how scientists are testing new ways of merging different datasets to estimate and ultimately monitor ocean acidification. 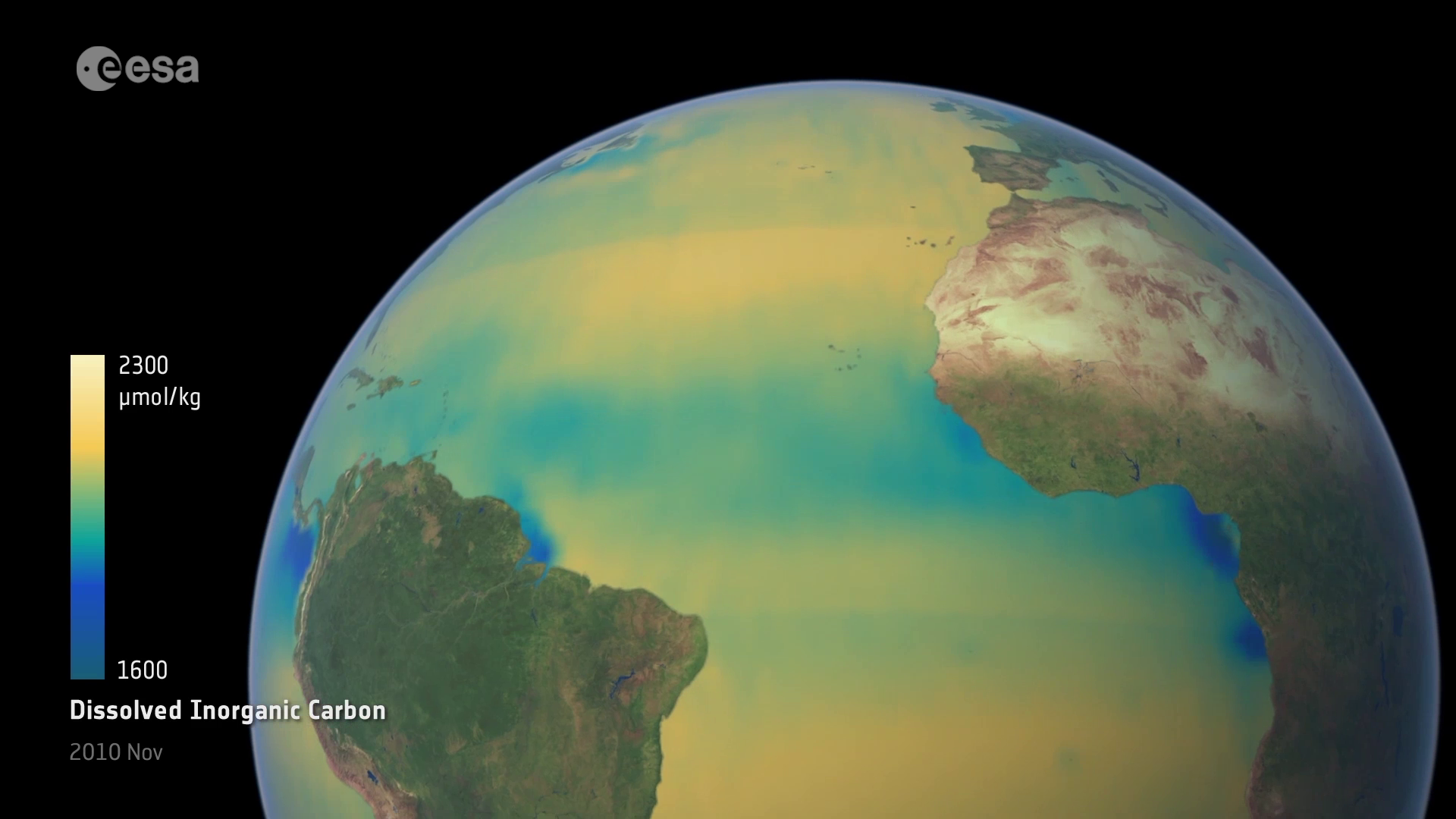 The changing chemistry of our oceans
Access the video

The animation above illustrates how marine chemistry can be studied using four parameters: partial pressure of carbon dioxide in the water, dissolved inorganic carbon, alkalinity and pH. Any two of these parameters, along with measurements of salinity and temperature, allow us to understand the complete carbon chemistry of the ocean.

ESA’s SMOS mission and NASA’s Aquarius mission, which both provide information on ocean salinity, have been key to the research. The work was made possible through access to thousands of collated and quality controlled measurements collected by the international community from ships and research campaigns.

Lead author, Peter Land, from the Plymouth Marine Laboratory, UK, said, “The advent of salinity measurements from space, pioneered by SMOS, has opened up the exciting possibility of continuously monitoring the ocean carbonate chemistry, identifying areas most at risk, and helping us to understand this threat to our oceans.”

Jamie Shutler, from the University of Exeter, UK, added, “We were able to carry out this research through ESA’s Earth Observation Science for Society programme.  We hope that the view from space can be used to help understand how ocean acidification is likely affecting our fisheries and marine ecosystems, on which we rely for food, health and tourism.”

This work is now being continued within the ESA's Ocean SODA project as part of the ESA Ocean Science Cluster.