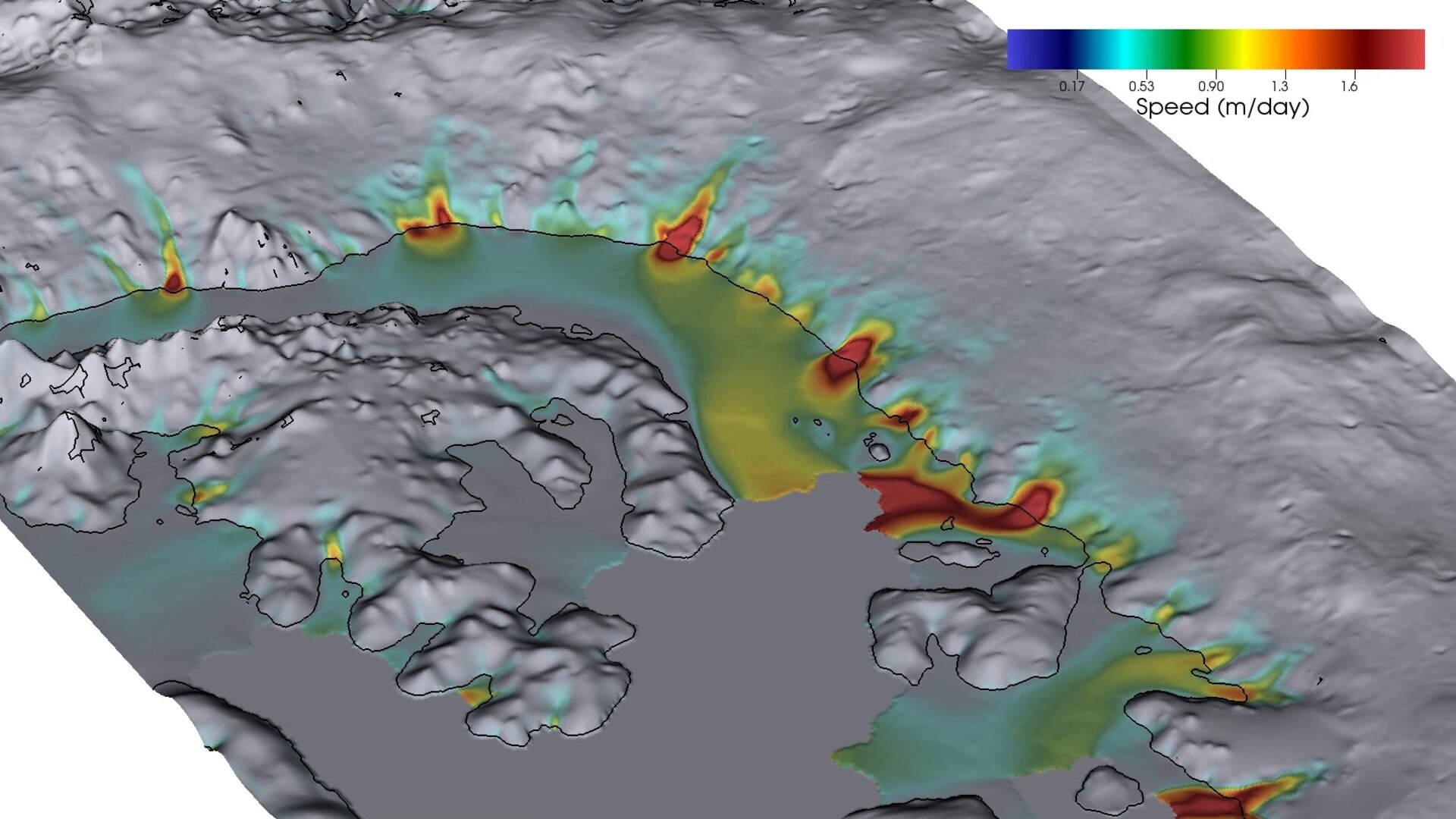 Over two decades of observations by five radar satellites show the acceleration of ice loss of 30 glaciers in Western Palmer Land in the southwest Antarctic Peninsula.

The study in Geophysical Research Letters combines over 24 years of radar data from satellites including ESA’s Envisat and ERS missions, as well as from the Copernicus Sentinel-1 mission.

Radar is particularly suited for monitoring polar regions that are prone to bad weather and long periods of darkness because it can collect information regardless of cloud cover, day or night.

Mapping 30 glaciers in the region, the research team found that between 1992 and 2016, most of the glaciers sped up by 20 and 30 cm per day. This is equivalent to an average 13% increase in flow speed across the area as a whole.

The team also combined their satellite observations with an ice-flow model to fill in gaps where no satellite data were available. This allowed the scientists to estimate that the glaciers’ speed increase has led to the discharge of 15 cubic km of ice per year into the surrounding ocean.

The findings differ from an earlier study that estimated the region was losing three times this amount of ice than the findings published today.

“This new research – which is the first to map the actual change in ice speed – deviates from the previous interpretation, because the glacier speedup is in fact far too small,” said Anna Hogg, lead author and researcher at the UK Centre for Polar Observation and Modelling.

The greatest acceleration in flow was observed at glaciers that were grounded at depths more than 300 m below the ocean surface.

“We looked at water temperatures in front of the glaciers which have sped up the most, and we found that they flow through deep bedrock channels into the warmest layer of the ocean,” explained Dr Hogg.

“This circumpolar deep water, which is relatively warm and salty compared to other parts of the Southern Ocean, has warmed and shoaled in recent decades, and can melt ice at the base of glaciers which reduces friction and allows them to flow more freely.”

With much of Western Palmer Land’s ice mass lying well below sea level it is important to monitor how remote areas such as this are responding to further warming in the region due to climate change.