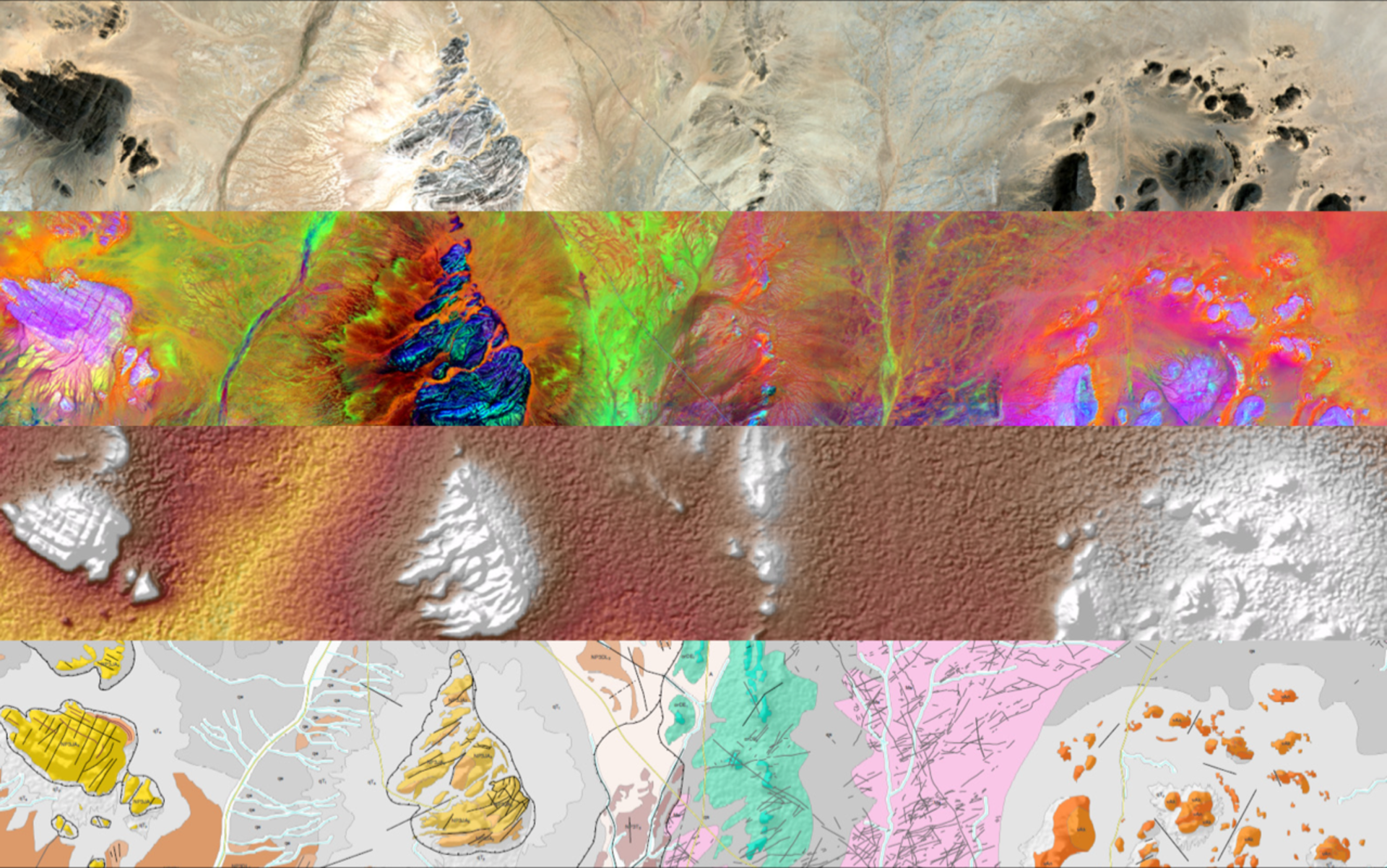 The traditional way of mapping Earth’s geology and mineral resources is a costly and time-consuming undertaking. While satellites cannot entirely replace the expert in the field, they can certainly help – as a recent effort in Africa shows.

Geological maps identify different types of rock, faults, groundwater and deposits. They are not only essential for building infrastructure and assessing risk, but also important for locating and mining natural resources.

ESA has recently supported a pan-African initiative to collect, interpret and disseminate satellite information on geology and mineral resources such as metallic ores.

This ESA-funded effort has paved the way for the German geo-information company GAF to help the African Mineral Geoscience Initiative. The aim of initiative, which is led by the African Union Commission and supported by the World Bank Group, is to catalogue Africa’s geology and mineral resources.

This task is made somewhat easier thanks to freely available data from the Copernicus Sentinel-1 and Sentinel-2 missions, as well as information from other satellites such as NASA’s Shuttle Radar Topography Mission and the US WorldView-3.

The idea is to produce geological maps for various climatic zones and different types of geology, especially in areas where data are scarce, not sufficiently detailed or outdated.

Initial results show that while arid and semi-arid areas can be mapped accurately, tropical areas are more of a challenge.

This is because these regions are typically covered with vegetation, which optical sensors cannot see through to gain information on the ground beneath. In these regions, radar and ground elevation data have been used, so structural information such as river networks form the basis of the maps.

Overall, however, the initiative has shown how large areas can be mapped consistently and efficiently, which is of particular interest for surveying regional geology and for mining minerals.

Francisco Igualada, senior mining specialist at the World Bank said, “Earth observation is one of the major sources of information for new and improved geological mapping.

“The results of the project demonstrate that satellite imagery combined with existing geophysical data is a fast, effective and efficient way to support the production and interpretation of geological maps at all scales – from low-scale reconnaissance mapping to detailed surveys – all of which are relevant for mineral exploration.

Moreover, these results are important because it is envisaged that an accurate and comprehensive geological catalogue will attract future investments in Africa.