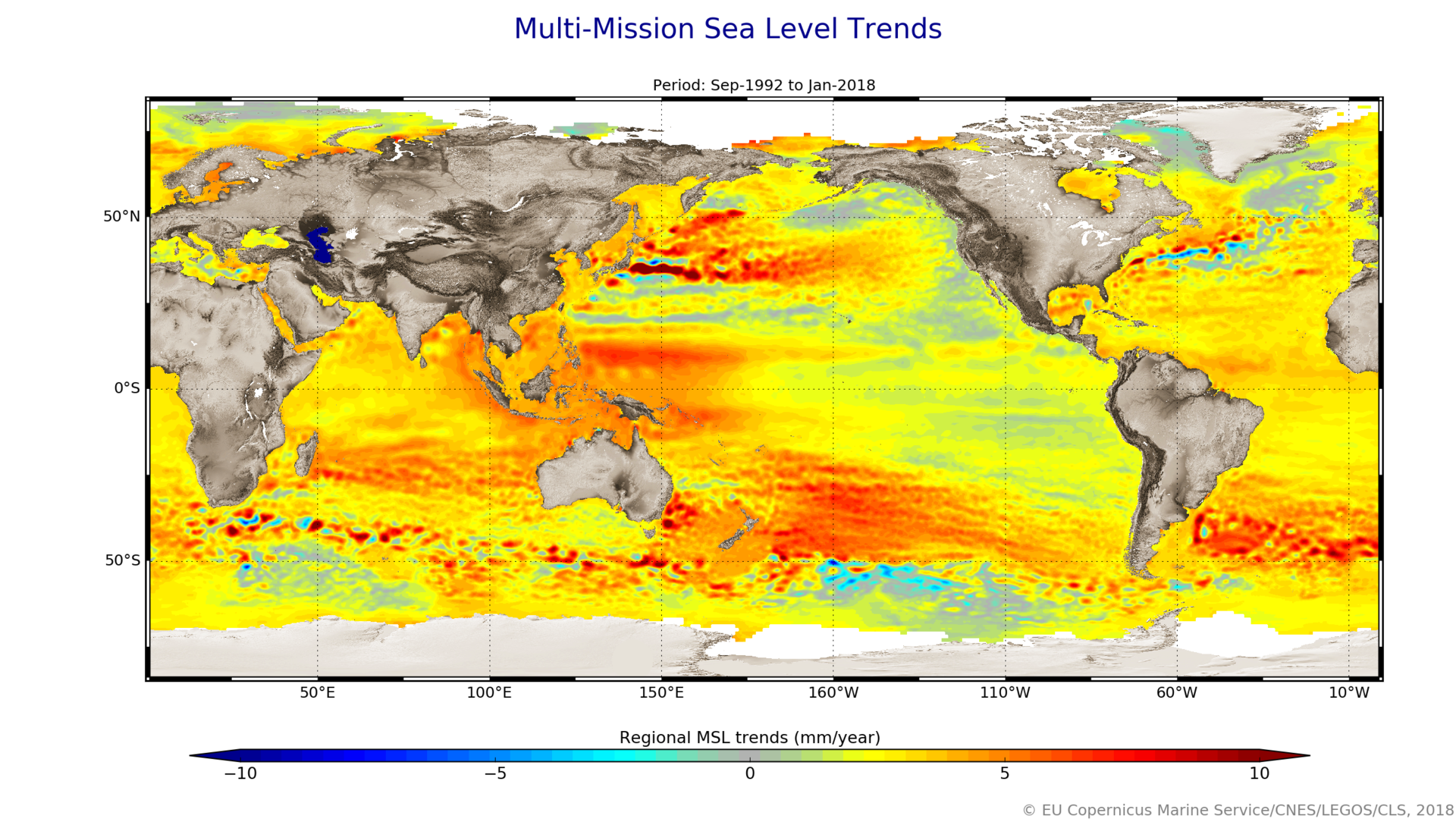 Scientists are gathering in the Azores this week to share findings on how satellite has revealed changes in the height of the sea, ice, inland bodies of water and more. Of concern to all is the fact that global sea level has not only been rising steadily over the last 25 years, but recently it is rising at a much faster rate.

The 25 Years of Progress in Radar Altimetry Symposium gives participants the opportunity to share information gained from this particular sort of satellite instrument.

Radar altimeters record the surface topography along the satellite’s ground track. They precisely measure the height of water, land and ice by timing the interval between the transmission and reception of very short radar pulses.

This is the only technology that can measure, systematically and globally, changes in the height of the ocean – and is therefore essential for monitoring sea-level rise.

But, altimetry measurements also reveal that the over the last five years the global ocean has risen, on average, 4.8 mm a year.

Anny Cazenave from the Laboratoire d’Etudes en Géophysique et Océanographie Spatiales said, “Satellite altimeters are an essential tool for monitoring sea-level rise. We use reference missions such as the CNES–NASA series of Jason satellites along with other missions such as the Copernicus Sentinel-3 mission to gather a time series of data to understand how sea level is changing in the long term.

“This information shows that sea level has been rising at an average rate of about 3 mm a year since these records began in 1993. However, recent re-analysis of our records has shown that sea-level rise is accelerating because of global warming.”

ESA’s Jérôme Benveniste added, “With many millions living in coastal communities around the world, sea-level rise is a major concern. The information we get from satellite altimeters is essential for understanding how fast our seas are rising so that decision-makers are equipped to take appropriate mitigating action.

“At this week’s symposium we are not only looking back over the last 25 years of satellite altimetry, but we are also looking to the future as we have the Copernicus Sentinel-6 mission in development and also a number of candidate satellite missions being studied.

“It is vital that we have satellite altimeters in the future to continue this long-term record of change.”

While trends and averages are important, it is equally important to understand regional differences. In some places the height of the sea is rising and in other places it is falling.

There are a number of reasons for this. For example, when seawater warms it also expands, leading to a phenomenon called thermal expansion.

Although thermal expansion is the biggest cause of sea-level rise as a consequence of climate change, there are many local differences. These differences can be caused by events such as El Niño, for example.

Ice loss from the continental glaciers and from the polar ice sheets is also one of the most critical drivers of our rising seas. Ice loss from glaciers, Greenland and Antarctica accounts for about 45% of sea-level rise.

Another cause is discharge from waterbodies on land, but how much this contributes to sea-level rise is more uncertain.

As the symposium progresses, other scientific findings and discussions on the future will be discussed. 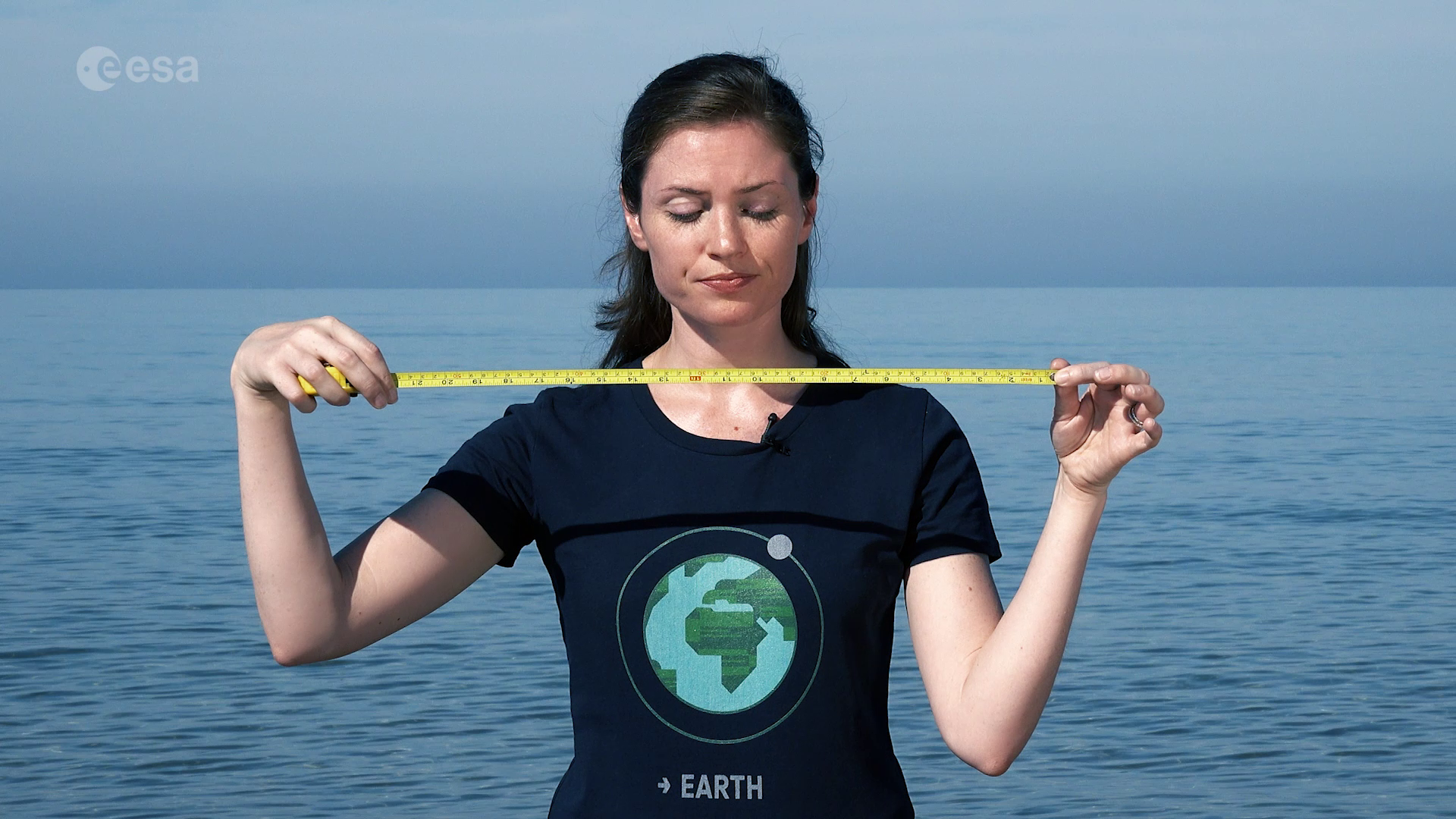