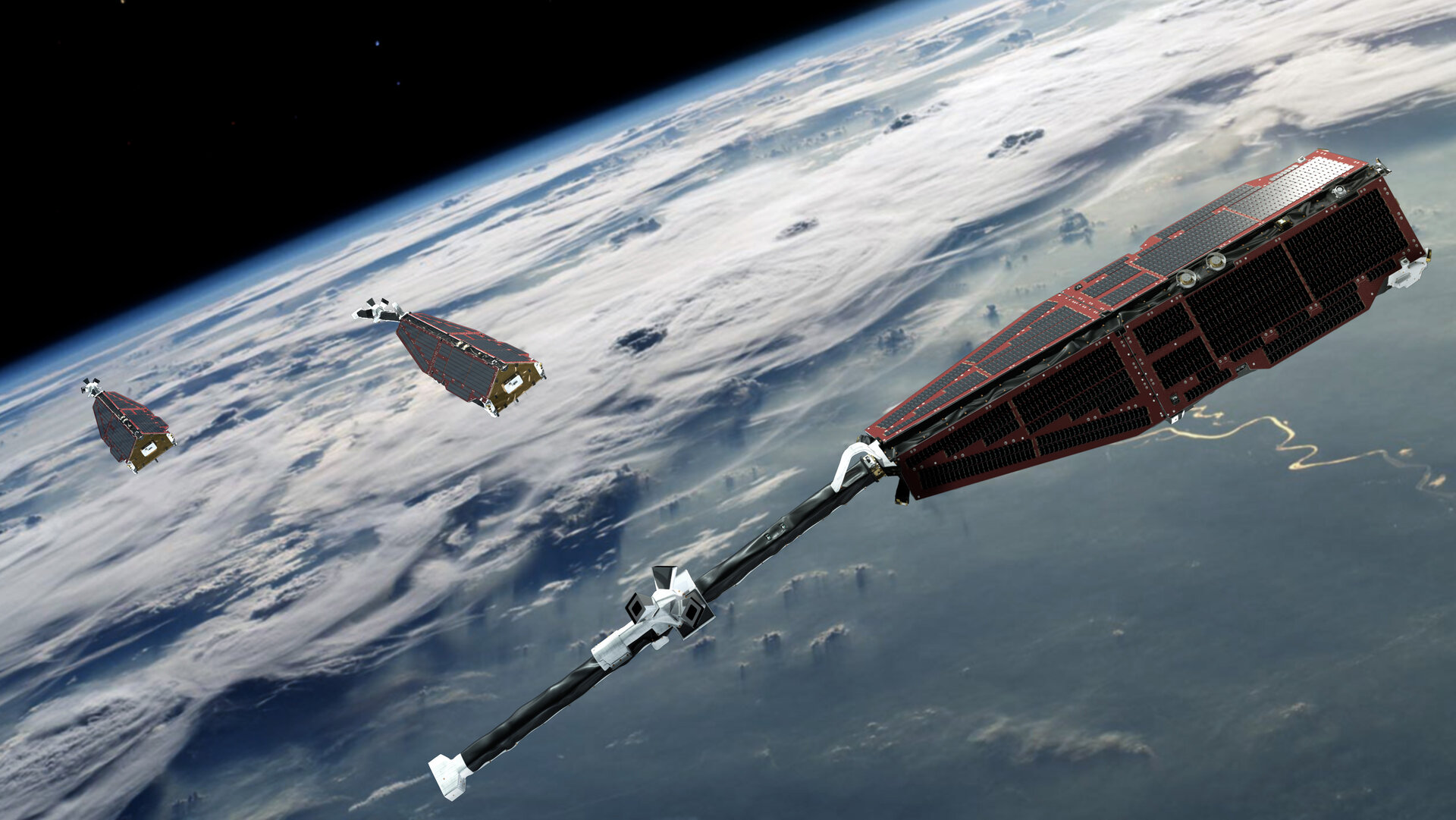 Objectives: To offer a unique view inside Earth to study: core dynamics, geodynamo processes and core–mantle interaction; magnetism of the lithosphere and its geological context; 3D electrical conductivity of the mantle related to composition; magnetic signature related to ocean circulation. In addition, Swarm data will be used to study the Sun’s influence on Earth system by: analysing electric currents in magnetosphere and ionosphere; understanding the impact of solar wind on dynamics of the upper atmosphere.

Mass: Each satellite weighs 473 kg at launch (including 106 kg of Freon propellant)

Orbit: Two satellites orbit side-by-side at an initial altitude of 460 km, decaying naturally to 300 km; the third satellite orbits at about 530 km