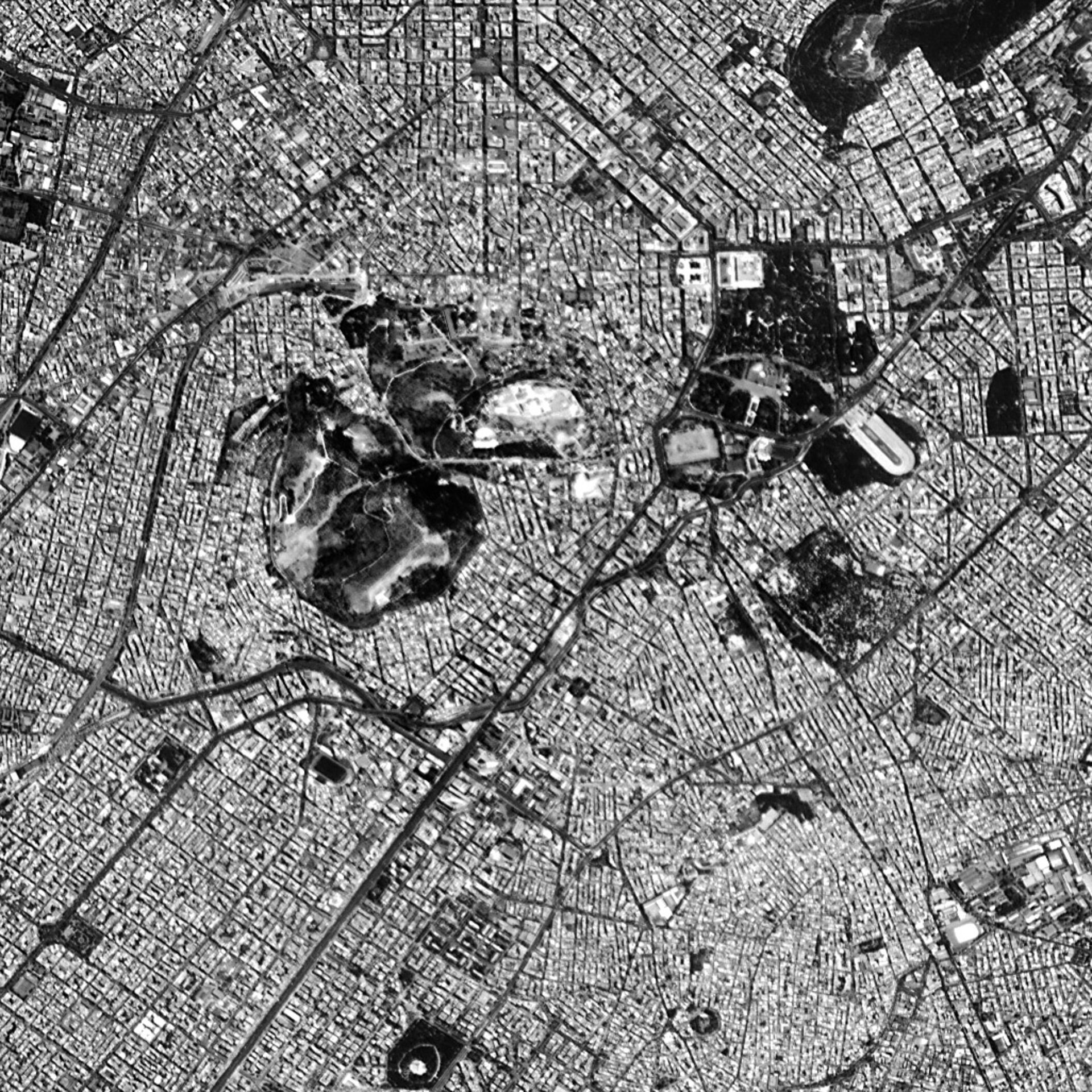 Orbiting 600 kilometres above the Earth's surface, the High Resolution Camera on ESA's Proba satellite acquired this close-up image of the dense centre of Athens, including the Acropolis and Panathinaiko Stadium.

The large stretch of open ground to the left of the image is Filopappos Hill; just to the right of it is the famous Acropolis Hill, upon which stand numerous ancient monuments including the large white mass of the Parthenon, and on the slopes just below it, left, the half-circle-shaped Odeum of Herod Atticus, and to the right the Theatre of Dionysus.

The long straight road running up from the base of the image is Syngrou Avenue, ending at the ruins of the Temple of Olympian Zeus (or Olympeion), and beyond it the National Garden. Within this can be seen the Zappeion Hall – the main building of the Olympic Village during the first modern Olympic Games, in 1896. And at the top left of the Garden is the Greek Parliament Building.

Right of the Zappeion Hall is the distinctive shape of the all-marble Panathinaiko Stadium (also known as Kallimarmaro Stadium), an ancient site reconstructed to host the 1896 Games, and currently hosting Olympic archery events as well as the site of the marathon finish.

Proba's High Resolution Camera acquired this image on 7 July 2004. It covers an area of 25 square kilometres to a spatial resolution of five metres.