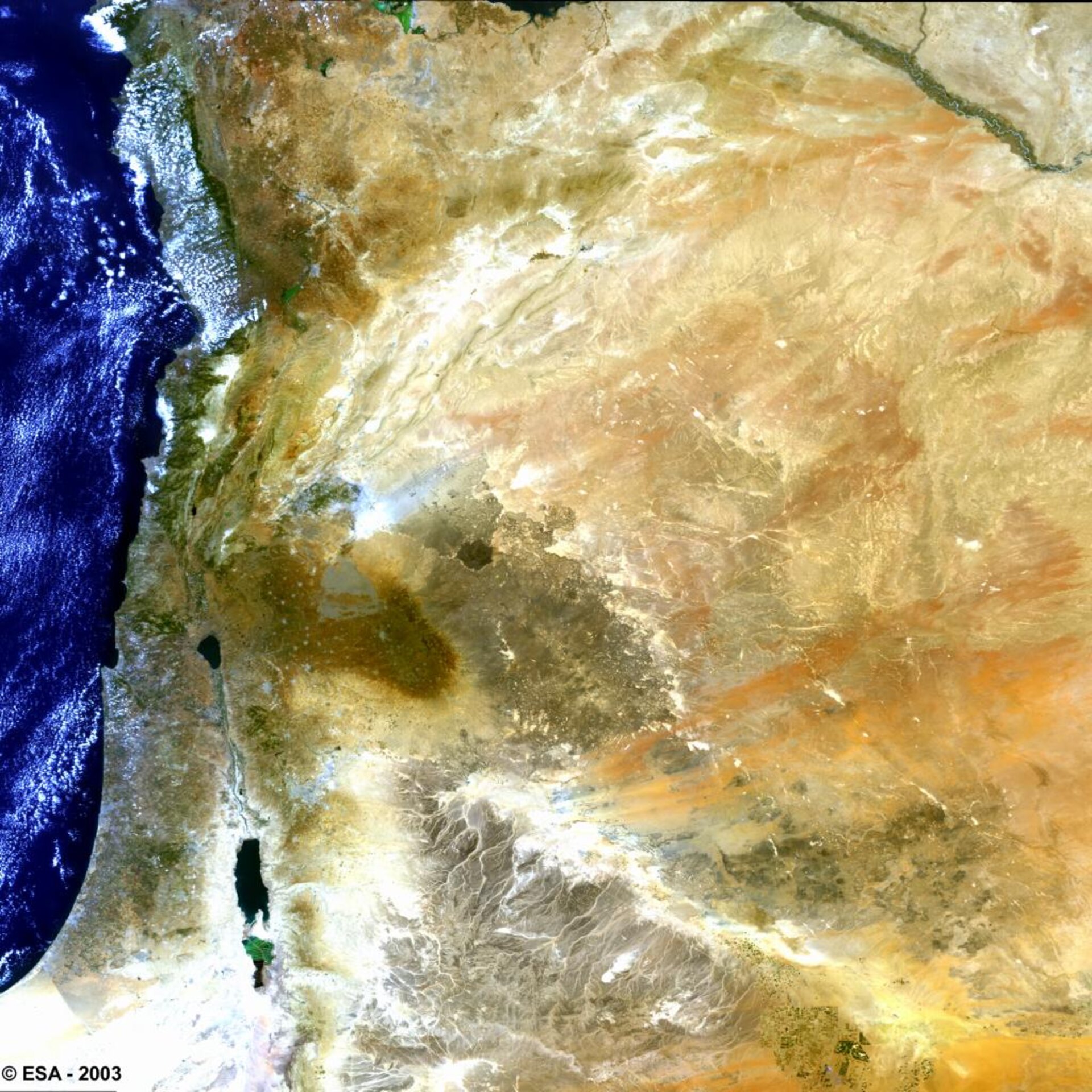 This Envisat image shows the blue eastern edge of the Mediterranean and the desert landscape of the Middle East.

The territory of numerous nations is covered, including Israel, Lebanon and Syria on the coast, Jordan to the east of Israel, and part of Saudi Arabia and Iraq.

Prominent at the bottom left of the image is the Dead Sea. Located at 417 metres below sea level, the Dead Sea is the lowest point on the Earth's surface. With a surface area of 1050 square kilometres, this water body is ten times more salty than the open sea. This salinity is too much for any fish to survive, although bacteria and fungi are found in its waters.

The Dead Sea is divided between Israel and Jordan. Note the greenish area just south of the Sea: this is a large complex of Jordanian salt evaporation ponds used to produce sodium chloride and other salts for the chemical industry and human and animal consumption.

On either side of the northern edge of the Dead Sea can be seen grey areas indicating built-up areas: with Amman, the capital of Jordan, to its east and Jerusalem to its west. The town of Bethlehem is positioned south of Jerusalem, within the West Bank.

The water body north of the Dead Sea - connected to it by the Jordan River as it follows the course of the Great Rift Valley - is the Sea of Galilee, also known as Lake Tiberias. The settlement of Nazareth lies to its west.

At the top right of the image can be seen the green and fertile banks of the Euphrates River, running through Syria towards the Iraq border.

This 11 June 2003 image was acquired by the Medium Resolution Imaging Spectrometer (MERIS) on Envisat, operating in full resolution mode, with a resolution of 300 metres.