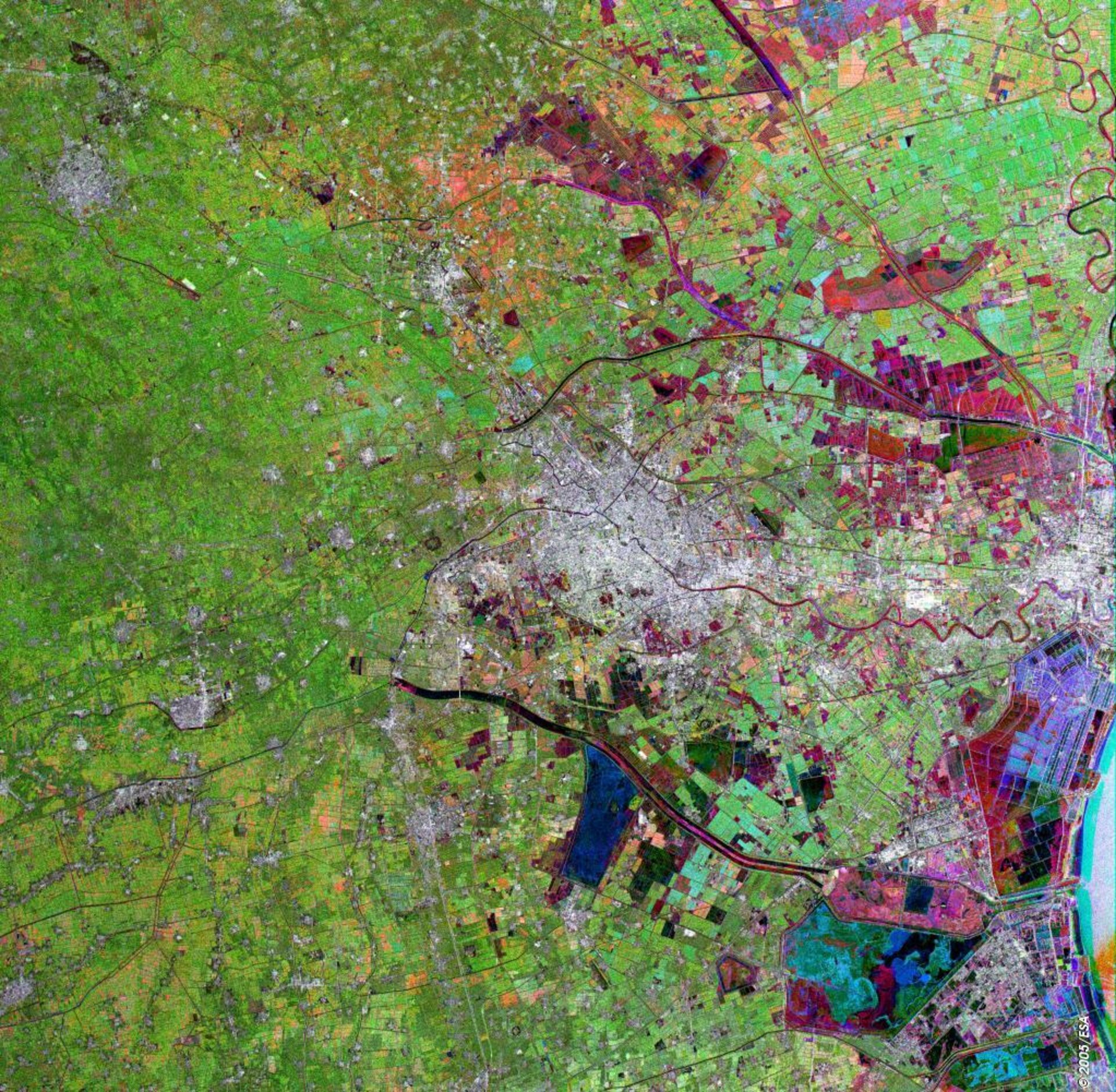 This largely flat territory has played an important part in Chinese history, as the gateway between Beijing, to the northwest, and the sea. Today its capital is a prosperous city of ten million inhabitants, surrounded by fertile farmland.

The urban centre itself is the greyish area at the centre of the image. Winding through it towards the coast and also the settlement of Dagu is the Hai He River. The curve of Bo Hai Bay on the Yellow Sea is visible on the bottom right side of the image.

The Airport runway shows up as a straight dark streak on the radar image, located in Dongli District, due east of the urban centre. The large Beidagang Reservoir is conspicuous to the southeast of the city centre, in Dagang District towards bottom right of the image, with the Liujian River flowing beside it.

Radar images measure surface roughness rather than reflected light. The colour in the image comes from the fact that this is actually a combination of three Envisat Advanced Synthetic Aperture Radar (ASAR) Image Mode Precision images, and is used to highlight changes occurring between acquisitions.