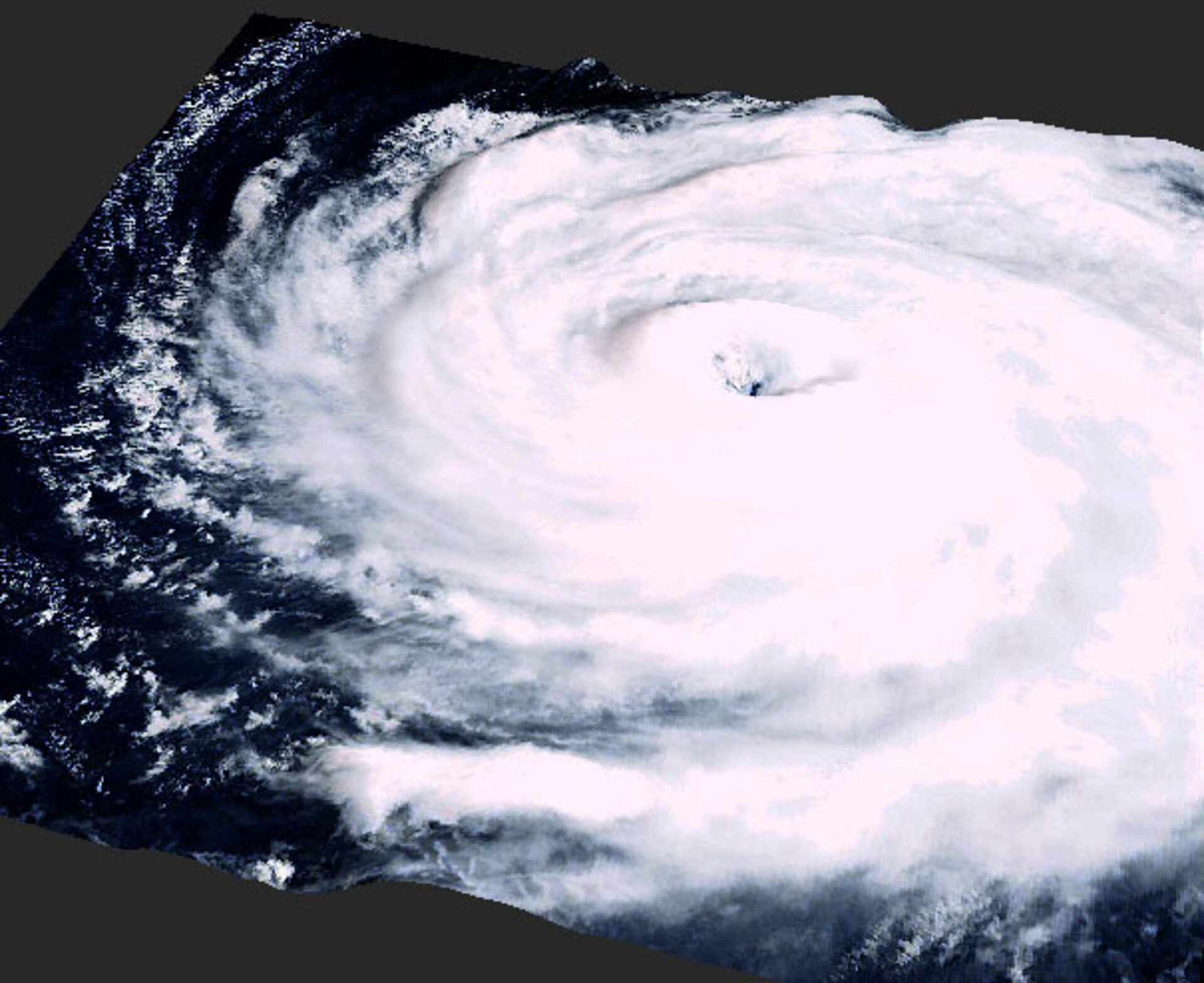 This three-dimensional image shows the shape of Typhoon Songda, which recently struck the Japanese homeland. This visualisation comes from data gathered by ESA's Envisat environmental satellite.

As well as showing the clouds swirling around the heart of the storm, MERIS derives additional information including the cloud top pressure, from which cloud top height can be calculated in turn.

Hamburg-based company Brockmann Consult worked to combine the original image with the associated altitude data to create this 3-D representation of Typhoon Songda.

Songda struck Japan in early September – the third such typhoon to hit the country in as many weeks. It made landfall on the Okinawa islands before moving up Japan's western coast as far as Hokkaido.

Since then the country has been hit by another tropical cyclone, Typhoon Tokage – the tenth such strike this year. More than 150 Japanese people have been killed in the course of this year's typhoon season.