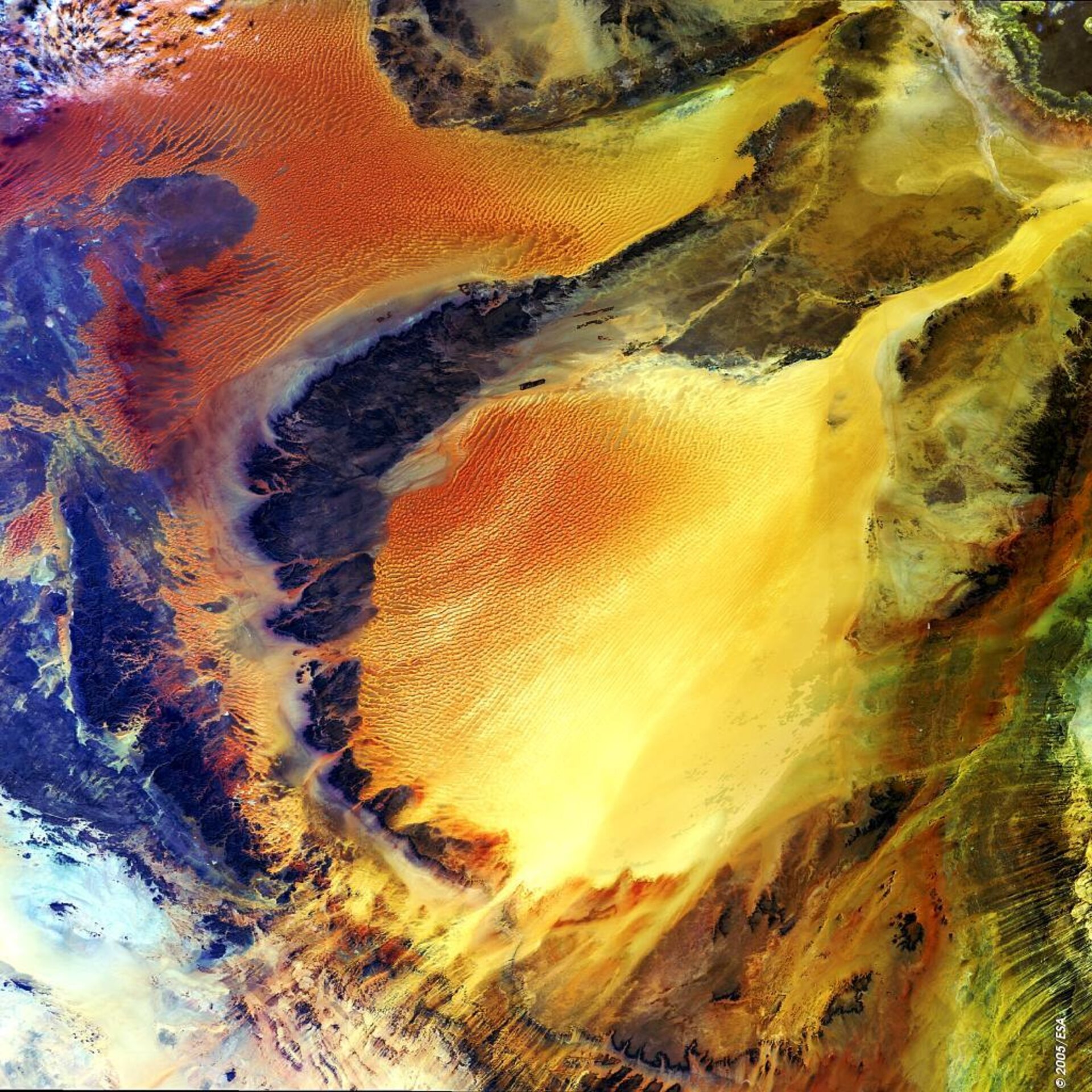 This Envisat image shows two huge sand dune seas in the Fezzan region of southwestern Libya, close to the border with Algeria.

Most of the face of the Sahara desert stretching across Northern Africa is bare stone and pebbles rather than sand dunes, but there are exceptions – sprawling seas of multi-storey sand dunes known as 'ergs'.

The Erg Ubari (also called Awbari) is the reddish sand sea towards the top of the image. A dark outcrop of Nubian sandstone separates the Erg Ubari sand from the Erg Murzuq (also called Murzuk) further south.

A persistent high-pressure zone centred over Libya keeps the heart of the Sahara completely arid for years at a time, but research has discovered evidence of 'paleolakes' in this region associated with a wetter and more fertile past.

Two decades ago an ambitious project called Great Man-Made River was begun, aimed at drawing water from the aquifers beneath the Fezzan region shown in the image, via a network of underground pipes for irrigation in the coastal belt. Upon completion the huge network of pipelines will extend to about 3,380 km.

Envisat's Medium Resolution Imaging Spectrometer (MERIS), working in Full Resolution mode to provide a spatial resolution of 300 metres, acquired this image on 24 November 2004. It has a width of 672 kilometres.