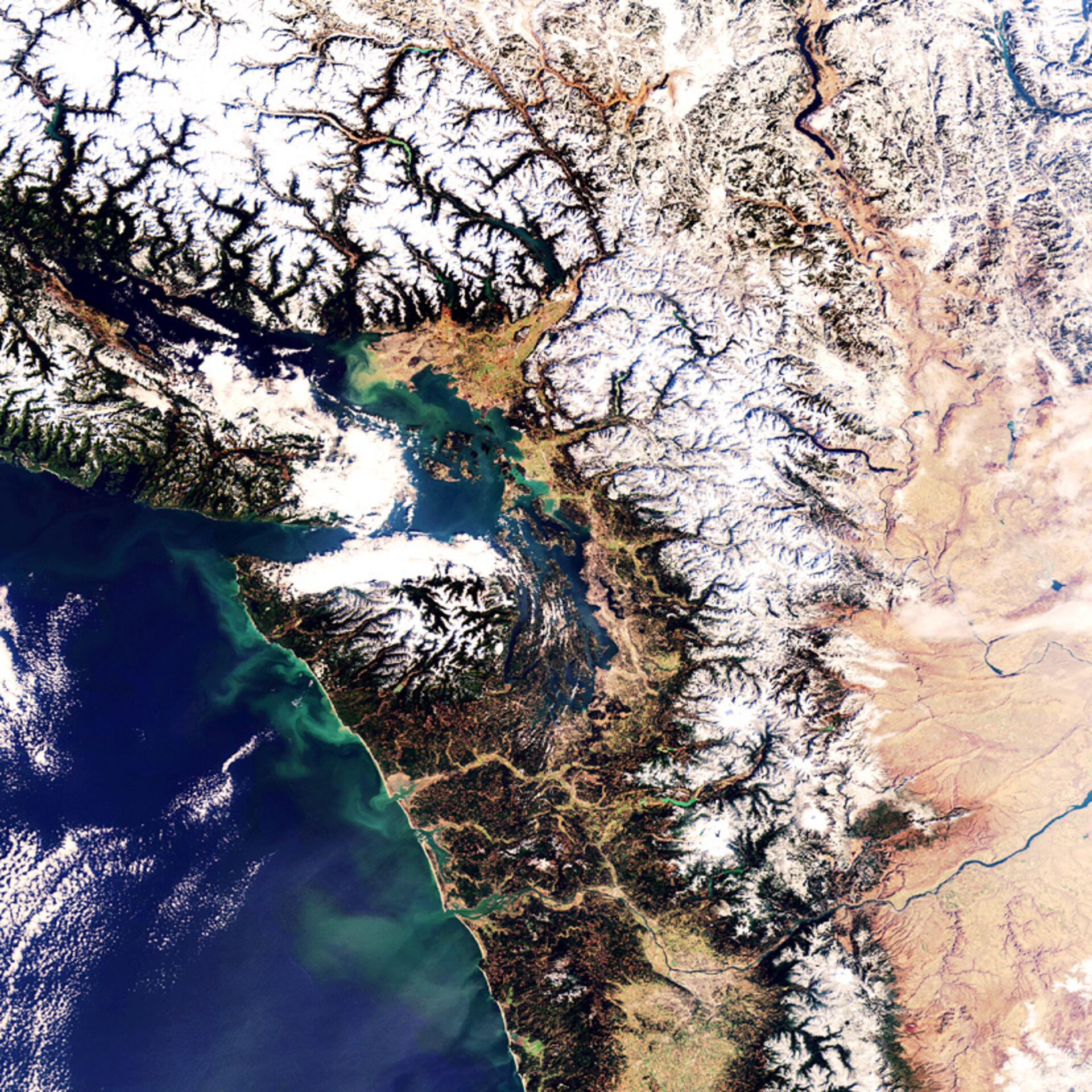 Vancouver and Seattle, the two major port cities of the American Pacific Northwest, nestle in sheltered sea channels flanked by snow-covered mountains in this Envisat image.

Vancouver is the largest port in Canada, with an overall metropolitan area population of two and a half million. It is located towards the centre of the image, on the Strait of Georgia, a body of water shielded from the Pacific by the bottom end of Vancouver Island. Look closely to see a greenish-black grid pattern covering the flat terrain.

Around Vancouver the Coast Mountains to the north turn into the Cascade Mountains when south of the United States border, just below the city of Vancouver itself. On the other side of the mountains the flat, dry wheat prairies begin.

The United States port of Seattle is to be found some way below Vancouver towards the southern end of the sheltered channel, between the east side of Puget Sound and Lake Washington. It is a major economic centre, with an overall metropolitan area of about 3.7 million people.

Facing Seattle to the west is the snowy, forested Olympic Peninsula, topped by Mount Olympus. To its south is found Mount Rainier, a dormant volcano clad with glaciers, and the tallest peak of the Pacific Northwest.

This 15 February 2005 Medium Resolution Imaging Spectrometer (MERIS) image was acquired in Full Resolution Mode, providing a spatial resolution of 300 metres and covering a width of 672 kilometres.