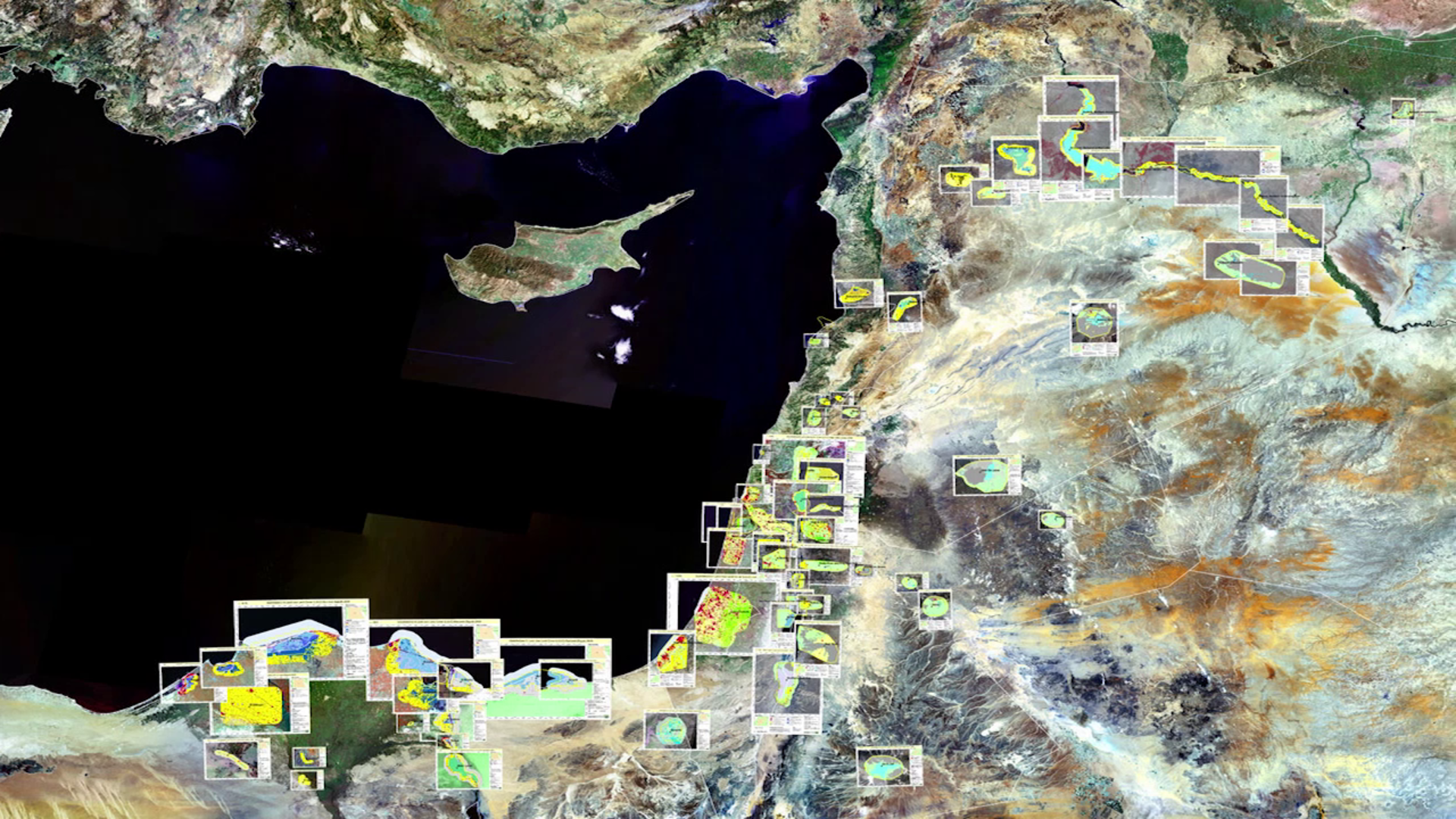 The 2014 World Wetlands Day highlights the need for wetlands and the agriculture sector to work together. ESA’s GlobWetland II project assists Mediterranean countries in the sustainable use of these areas and demonstrates the evolution of wetlands and agricultural patterns over time.

Wetlands are land areas that are permanently or seasonally saturated with water. They play an important role in the local environment and associated plant and animal life.

On 2 February 1971, the ‘Ramsar Convention on Wetlands’ was adopted in the Iranian city of Ramsar to provide the framework for national action and international cooperation for the conservation and wise use of wetlands.

Forty-three years later, the anniversary of that signing is being celebrated under the theme ‘Wetlands and Agriculture: Partners for Growth’.

Agriculture is often seen as a threat to these precious resources as they are drained and reclaimed for farming. But successful agricultural practices can actually support healthy wetlands.

Using imagery from Earth-observing satellites to map changes in wetlands, the GlobWetland II project promotes their sustainable use.

The maps reveal that while Mediterranean wetlands had been principally used for agriculture, less wetland area has been changed by agricultural in the past 10–15 years, indicating that agriculture expansion is no longer a severe threat.

This co-habitation shows that wetlands and the agriculture sector are mutually beneficial. Agriculture needs wetlands for water, pest management, pollination and landscape improvement. At the same time, agricultural land acts as a buffer zone around wetlands, protecting them from developing industrial zones and urban areas.

Recognising this connection, common strategies for wetland and agro ecosystem-conscious management are on global agendas. Earth observation techniques and information systems, such as the GlobWetland toolbox, provide the appropriate and timely information to cope with water balances and regulation of land use, complex landscapes and spatial patterns.

“We need to find the right balance between the economic demands of agriculture and the necessary wise use of wetlands, which benefits both and is indeed essential for each of them,” said Paul Ouedraogo, Ramsar Convention’s Senior Advisor for Africa.

“Earth observation systems help us to inventory and manage agricultural ecosystems, in contexts where people’s practices – defined by their knowledge – values and traditions affect the biodiversity of a place, its atmosphere, its soil and its water.”

GlobWetland II has just completed its mapping in the coastal zones of 10 countries of the Southern Mediterranean Basin. The maps are available via GlobWetland II WebGIS.

The project is implemented in partnership with Ramsar, the MetWet initiative, the Mediterranean Wetlands Observatory and the 10 countries along the southern Mediterranean Basin, and is funded by ESA’s Data User Element programme.

The Mediterranean Wetlands Observatory has extended the work of the GlobWetland II project team and used its ‘toolbox’ to produce additional maps of over 100 wetlands in northern and eastern countries of the Mediterranean basin. The Observatory will publish a report on the status and trends of Mediterranean wetlands later this year.

As GlobWetland II nears its completion, the next venture – GlobWetland Africa – is set for initiation later this year. The new endeavour will collaborate closely with ESA’s TIGER initiative, which trains African water authorities and researchers in exploiting satellite data and Earth observation technology for sustainable water resource management.

GlobWetland Africa will largely benefit from the forthcoming Sentinel-2 mission, being developed under Europe’s Copernicus programme.

The large swath of Sentinel-2 satellites, along with their short revisit time and 10 m resolution, will allow for seasonal and permanent changes in wetlands to be accurately monitored.