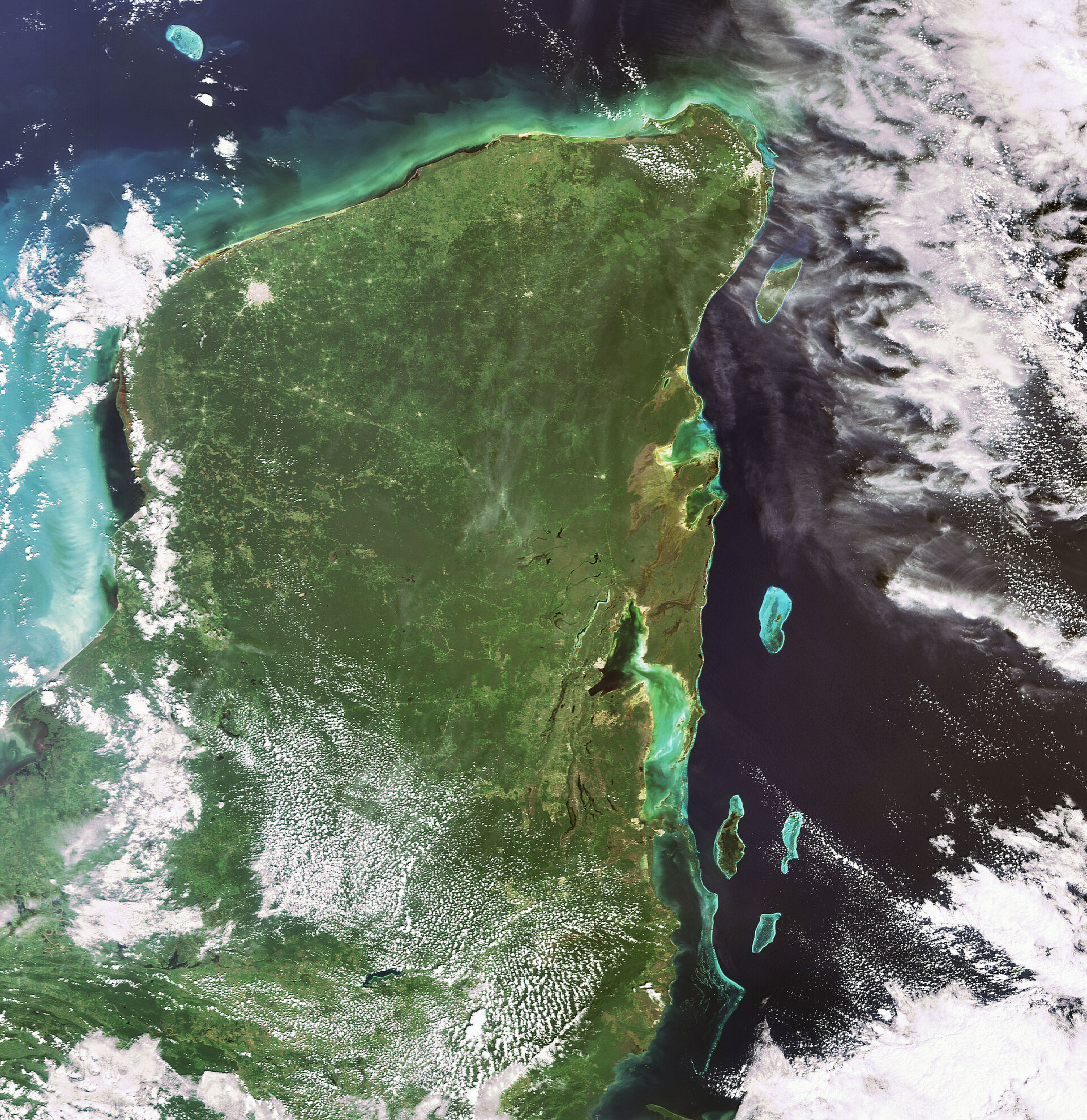 This Envisat image shows the northern part of Mexico’s Yucatan Peninsula, a northeastern projection of Central America that is located between the Gulf of Mexico to the west and the Caribbean Sea to the east.

Merida, the Yucatan state capital, is visible in the northwest as a large whitish area some 35 km inland from the Gulf of Mexico coast. Merida, known as the ‘White City’ because of its large use of white limestone and paint – was built over an ancient Mayan city. The peninsula was once home to the Mayan civilisation

The tourist centre Cancun is visible on the northeast part of the peninsula. The partially cloud-covered island located off the eastern coast in the Caribbean Sea is Cozumel.

The Alacranes reef – an emergent platform reef that forms part of the Campeche Bank, an underwater extension of the Yucatan Peninsula – is visible in the Gulf of Mexico (top left hand corner). It is the only coral reef in Yucatan and was declared a national reserve in 1994.

This image was acquired by Envisat's Medium Resolution Imaging Spectrometer (MERIS) on 26 October 2007 working in Full Resolution mode to provide a spatial resolution of 300 metres.