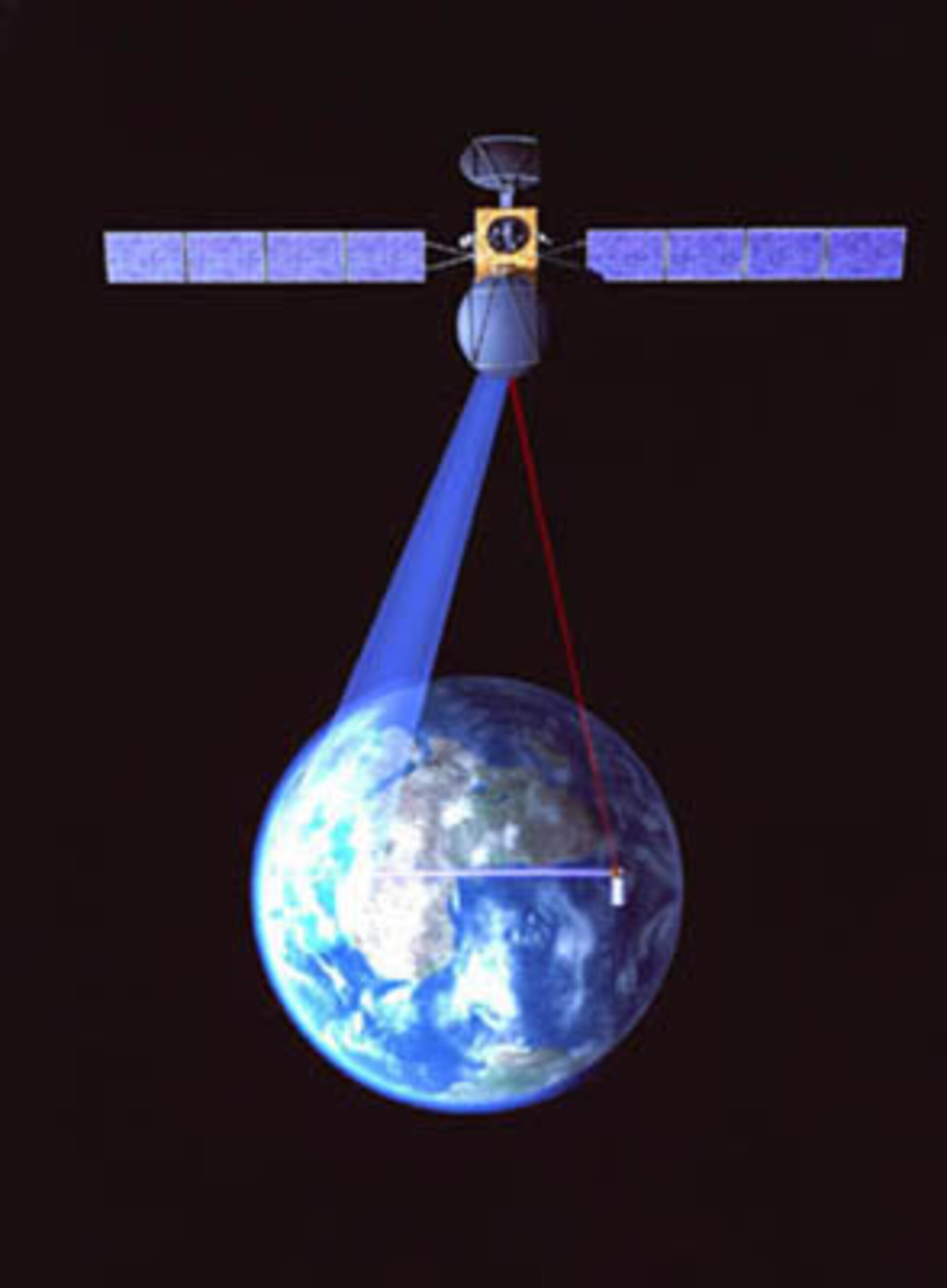 The end of the final stage of the Artemis recovery is now in sight. Only 700 km orbital height and about 45 days now remain before Artemis will reach geostationary orbit. Artemis is now expected to be in its working position by the end of January 2003.

The Artemis ion propulsion unit continues to exhibit a stable and efficient performance and its thrust is producing an increase in orbital radius of more than 15 km/day. After the hectic and exciting orbital recovery operations in the days after launch, it was not easy to come to terms with the incremental progress provided by the ion propulsion.

For those not involved in the satellite operations it must have seemed to be a monotonous and uneventful activity. Nothing could be further from the truth for the operators and engineers responsible for maintaining a steady rate of climb.

Since the new attitude control mode was commissioned in February and the ion engines started to expand the orbit with an almost imperceptible thrust, the workload has been gruelling and almost every week has brought new problems to be solved. Although generally minor, these anomalies needed investigation and sometimes resulted in an interruption in effective thrusting, slowing up progress.

In addition to the careful monitoring and optimisation of the ion engine performance, the operators have explored several different attitude control techniques to orientate the spacecraft for the most efficient use of the impulse from the ion engines. The planning and sequencing of satellite mode changes, including regular updating of critical parameters and the management of ground station contacts, have presented steady but considerable background tasks.

In October the satellite left the third and final eclipse season since its launch. During eclipse the Earth’s shadow hides the sun for some two hours each orbit and for reasons of power and attitude control, the satellite has to be commanded from thrust mode to Earth-pointing mode and the ion thrust turned off. These manoeuvres take time and effort.

Now that these difficulties are behind them, the operators have turned their attention to planning for the process of station acquisition in the geostationary orbit and initial operations on station.

For altitudes only a few hundred kilometres below the geostationary ring, it takes several weeks for the satellite to drift once around the Earth. It is therefore important to avoid overshoot by tuning the drift rate to arrive at the designated station longitude (21.5 degrees East) just as the geostationary altitude is reached.

These orbital adjustments are made using small chemical propellant thrusters, activated for the first time since launch. The first thrust was performed successfully on December 3 and it is planned to make two more such thrusts in the last week of January, slowing the drift rate to a few degrees per day as the satellite makes its last pass over Europe to arrive at its working position in geostationary orbit.

This will be an emotional moment. From the attitude control mode which has sustained the ion thrusting for so long, the satellite will be turned Earth pointing for the rest of its lifetime and the ion thrusters themselves will be the toast of the day. We will be able to release the network of ground stations around the world used for commanding the satellite.

Once on station Artemis will function as originally planned for the baseline mission. Although there is sufficient chemical propellant for 10 years operation, studies are in progress to determine the best strategies for the use of the ion propulsion as well.

By good fortune Artemis will arrive on station just when a significant community of users is waiting for it. After an exhaustive check-out of the Artemis payloads using the in-orbit test facilities at Redu, Belgium, it will be released to serve its first users SPOT-4, Envisat, Egnos and Eutelsat. A preparatory test will also be made with NASDA’s Earth observation mission ADEOS-II. Other users planning to use Artemis in future include the automated transfer vehicle and Columbus elements of the International Space Station.

Not only will Artemis have clocked up a number of unique first-time applications during its recovery action: first optical inter-orbit satellite link; first major re-programming of a telecommunications satellite; first orbital transfer using ion propulsion; longest operational drift orbit ever; but it will also provide the promotional opportunity and stimulus for future European data relay services. We see a promising future for this incredible mission.