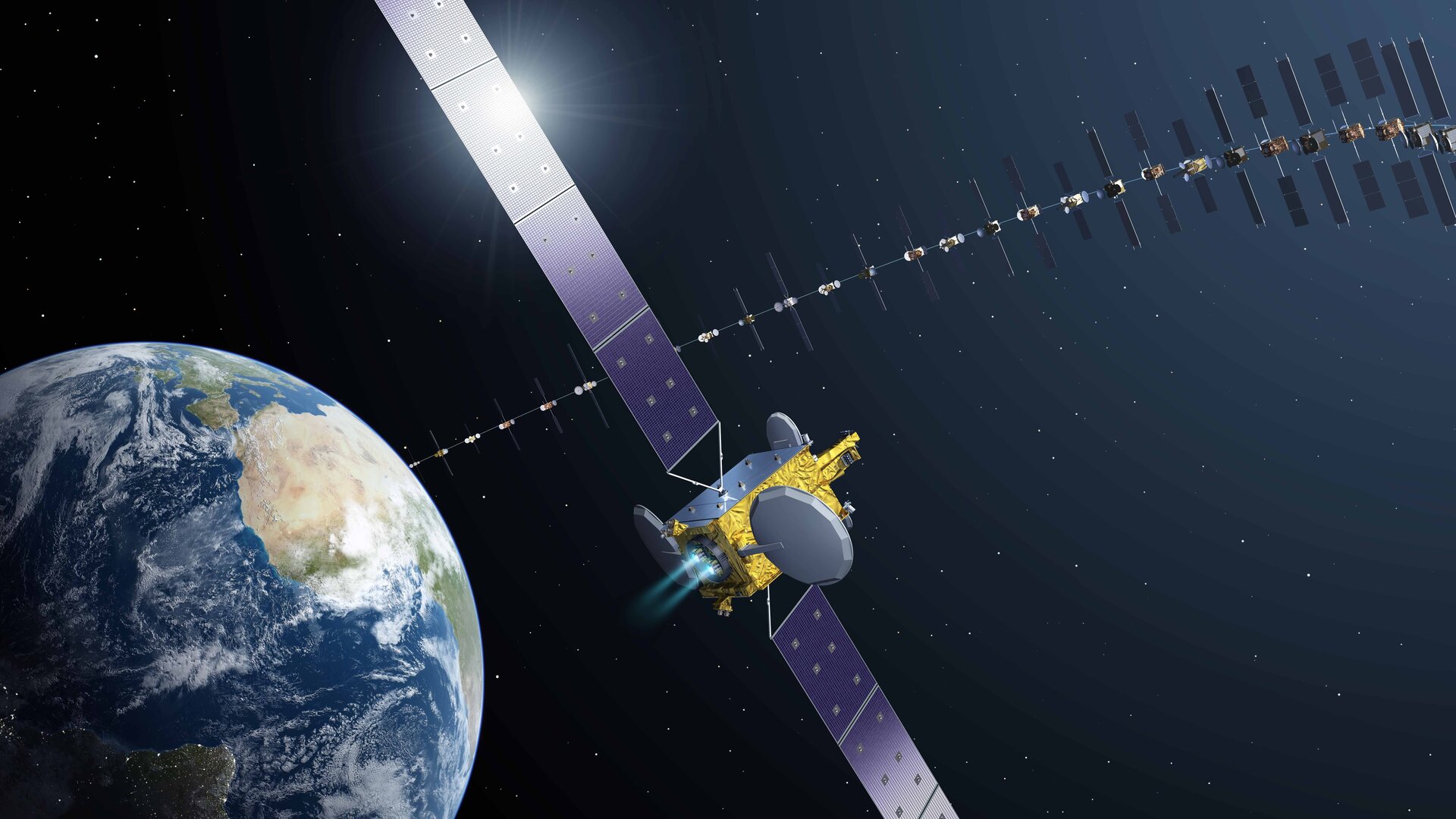 While electric engines have been fitted to scientific spacecraft and to telecom satellites for stationkeeping in recent years, industry worldwide is looking to extend this trend towards raising a satellite to its intended geostationary orbit after launch.

ESA’s Artemis telecom satellite was Europe’s first experimental use of electric thrusters to raise a satellite to its target orbit. Artemis proved that electric thrusters are capable of performing the same task as conventional chemical propulsion but with up to 90% savings in fuel consumption.

Electra can offer power consumption and communication capabilities equal to those offered by larger mid-size satellites while keeping the launch mass low enough for small launcher vehicles, or to put together a larger payload for the same launch mass, which translates in both cases into significant economic benefits.

Electra encompasses both the development of the platform and the implementation of a mission with the private partner.

It will allow a coordinated effort in realising a European full electric propulsion small geostationary satellite, and provide flight heritage and in-orbit demonstration of the platform and associated new technologies in a representative telecom mission, which is essential to gain market acceptance for a new platform product.