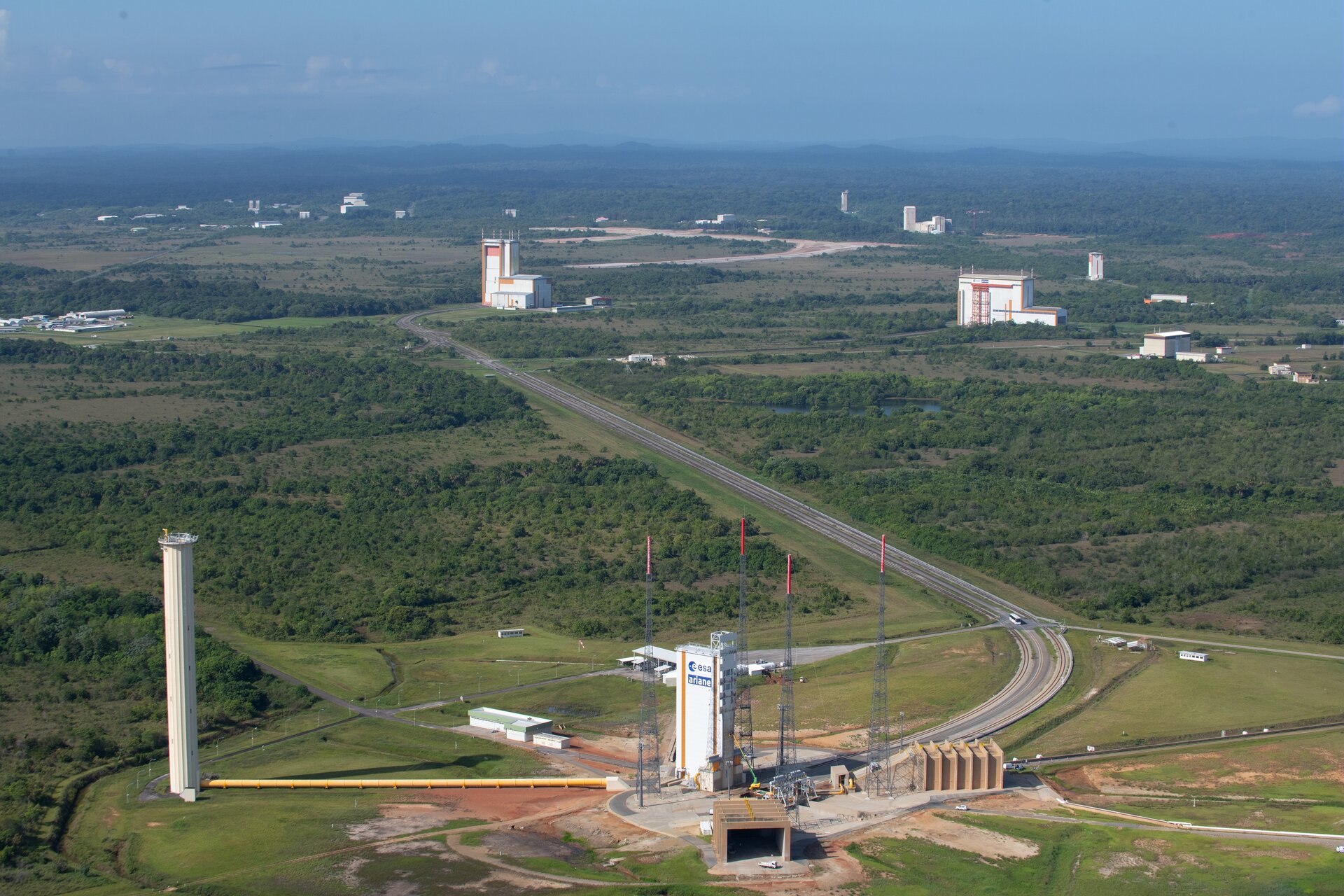 The first satellite developed under an initiative to help European industry deliver competitive satellites for the commercial telecommunications market has entered its final phase before launch.

Konnect will provide broadband services for Europe and Africa, and was built by Thales Alenia Space for Eutelsat, its commercial operator, under an ESA Partnership Project.

After a long flight on board an Antonov cargo plane from Nice airport in France, the satellite was delivered to the launch site in French Guiana inside its large transport container.

The satellite has completed its short and efficient launch campaign. Teams at the launch site have conducted all tests and inspections, and confirmed that sub-systems are flight ready.

The satellite was placed on the upper position of the secondary payload adapter and then within the fairing. These assembled parts have now been fitted on top of the launcher, during the last major step of the mechanical integration of the Ariane 5 rocket.

The satellite is now ready to be launched on 16 January, for the first Ariane launch of 2020, flight VA251.

After the launch of Konnect, the Spacebus Neo programme will continue to introduce further innovative technologies to the next satellites to be launched.

So far Thales Alenia Space has sold seven Spacebus Neo satellites. The next six missions will be: the French government’s Syracuse-4; SES-17; another two Eutelsat missions called Konnect Very High Throughput Satellite and Eutelsat 10B, which will provide connectivity services for aviation and maritime transport; Satria, which will be operated by the Indonesian operator Pasifik Satelit Nusantara; and Amazonas Nexus for Hispasat, a Spanish operator, which will deliver high-capacity mobility services for aviation and maritime transport.

The Spacebus Neo product line is developed in the frame of ESA’s programme of Advanced Research in Telecommunications Systems (ARTES) and the French PIA (“Programme d’Investissement d’Avenir”), in cooperation with ESA Member States, and managed jointly by ESA and the French Space Agency, CNES.

It has generated an exceptional return on investment to European industry and ESA Member States.

The Neosat programme comprises both Spacebus Neo by Thales Alenia Space and Eurostar Neo by Airbus. It includes development and in-orbit validation of the new satellite product lines for both companies, allowing the two European satellite prime integrators to deliver competitive satellites for the commercial market.