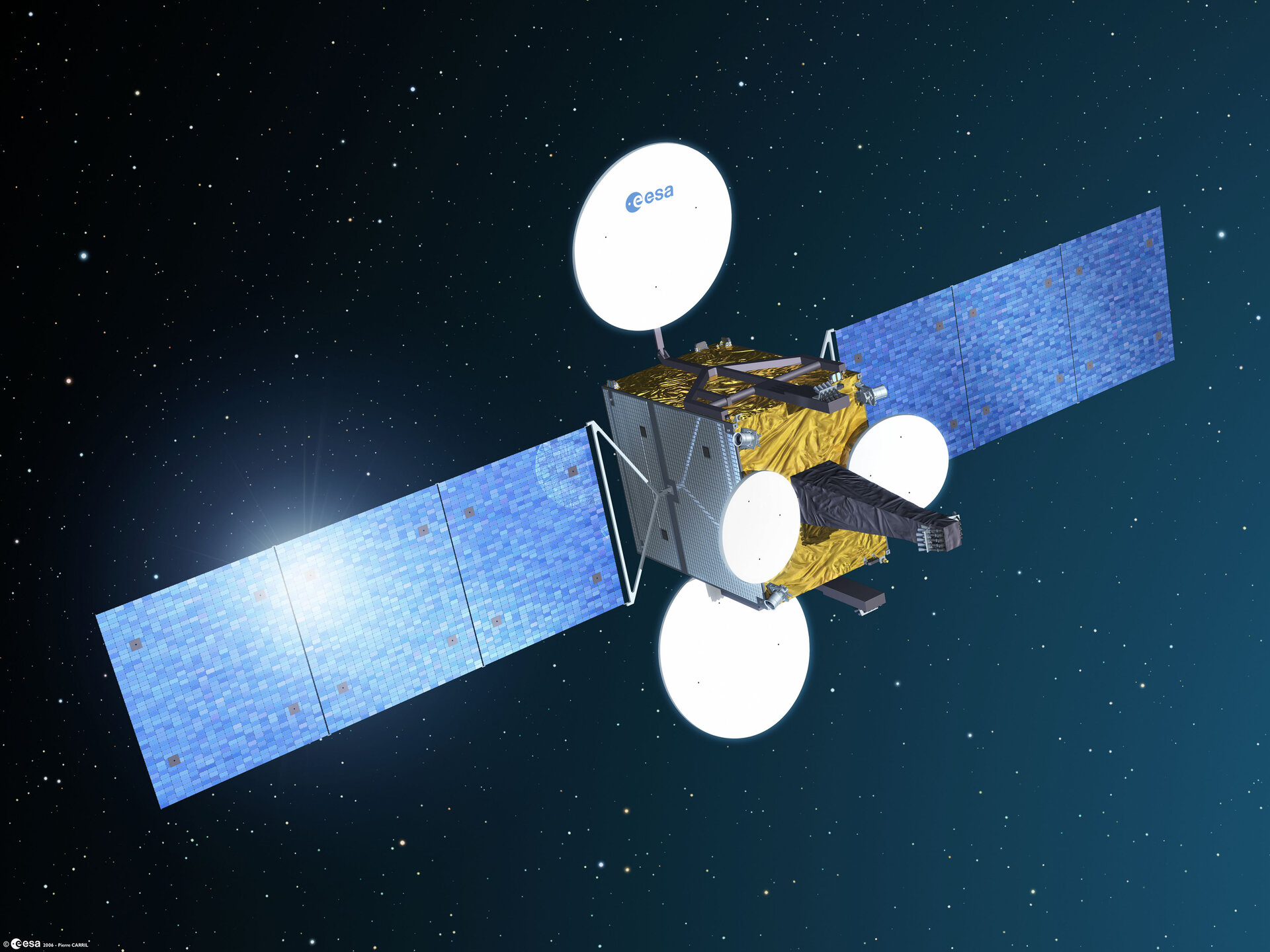 The programme culminated in the launch of the Hispasat 36W-1 telecommunication satellite, built on the SmallGEO platform, in January 2017 and the satellite entered service six months later. Hispasat 36W-1 complements Hispasat’s existing fleet of telecommunications satellites, providing a Spanish-language commercial broadband service over Europe, the Canary Islands and the Americas.

Developed and built by manufacturer OHB Systems AG, Hispasat 36W-1 represents the first time the German satellite manufacturing company has been the prime contractor for a telecommunications satellite mission. Its Hispasat payload marks the first ESA partnership with a Spanish operator.

Three years after entering service, the flawless operations in orbit of the SmallGEO platform demonstrates OHB’s capability to design and build a modular and versatile platform.

Indeed, OHB has since been able to use its platform for a large variety of missions, including the second satellite in the European Data Relay System, the most sophisticated laser communication network ever designed that speeds the flow of information from Earth-observation satellites to people on the ground.

ESA Partnership Projects allow European industry to maintain and continue developing their competitiveness on the worldwide commercial market and enable greater risk sharing, where ESA bears the risks related to the development of innovative solutions and the partner assumes the commercial risks to respond to market needs.

According to an independent study by Euroconsult in partnership with Technopolis and Oxford Economics, job creation, industry and government revenues as well as business opportunities derived from the Hispasat 36W-1 mission are thought to have generated more than €2.5 billion over a 10-year period.

Eric Villette, ESA’s SmallGEO project manager, said: “After three-and-a-half years in orbit, the Hispasat 36W-1 satellite has made a great start to its 15-year-long operational life. We, at the ESA Partnership Project, are very proud to have made possible the delivery to Hispasat of this new satellite. This is the result of several years of tremendous work carried out with OHB and their suppliers as satellite prime and with our partner Hispasat as satellite operator.”