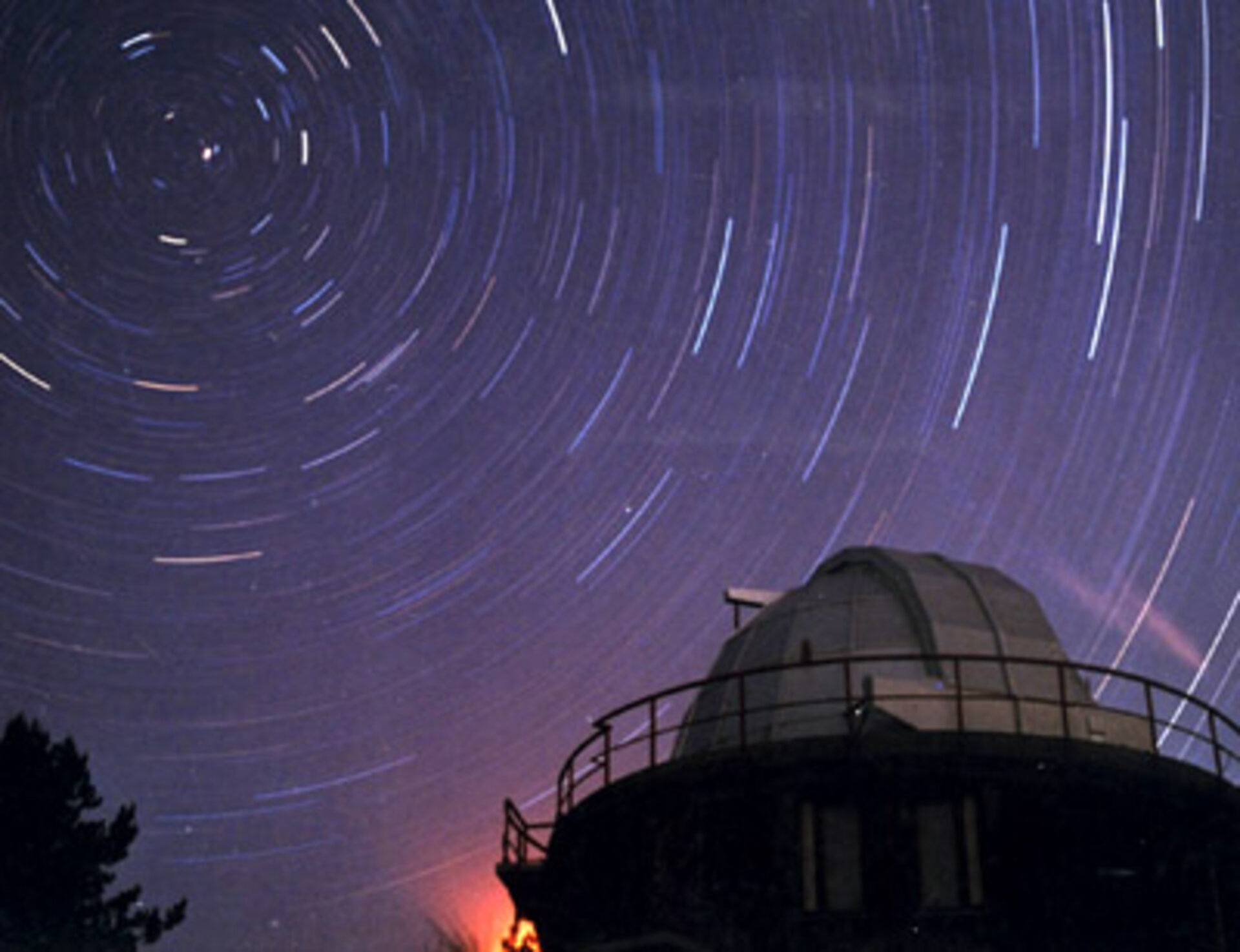 Artemis is due for launch into geostationary orbit in June 2001 and will be the first data relay satellite to use a ‘free-space’ laser beam for communication purposes.

The satellite will receive data via a laser link from low Earth orbiting satellites and re-transmit it in 'real-time' via a microwave link to a ground station.

Two laser communication terminals have been developed for the Semiconductor Laser Inter-satellite Link Experiment (SILEX), one of which is aboard Artemis, with the second one on the French Spot 4 Earth observation satellite (launched in March 1998).

The OGS, located at the Instituto de Astrofisica de Canarias' (IAC) Observatorio del Teide in Tenerife, will be used for the commissioning and later for periodic checkouts of the laser communication terminal onboard Artemis.

To perform laser communication from ground to space, the sky must be perfectly clear, without any clouds, and the path through the atmosphere must be as short as possible. Both conditions are satisfied at the Observatorio del Teide, which is situated above cloud level at 2400 metres altitude and is the closest point to the equator in an ESA member state.

Artemis, like all geostationary satellites, is located some 36 000 km above the equator (over central Africa) and the path of the laser beam through the atmosphere is therefore minimised.

The OGS consists of an observatory building with a dome and associated infrastructure, a one-metre diameter Zeiss telescope including control system and special optical test equipment.

Built specifically for the commissioning of the laser communication terminal on-board Artemis, the OGS is also operating as Europe's first post for observing space debris in geostationary and geostationary transfer orbits. For that purpose, a sophisticated liquid nitrogen cooled CCD camera and focal reducer are part of the system.

In addition, the OGS forms part of the IAC’s comprehensive infrastructure for astronomical studies.

The Instituto de Astrofisica was contracted by ESA to develop, integrate and test the main control system of the OGS. Representatives from the Institute presented their final overview of the control system to ESA on 1 March at ESTEC in Noordwijk, The Netherlands.

“Alongside other space agencies, ESA has been working on space laser communications for more than 20 years and it is exciting to see this technology finally being demonstrated,” said ESA's OGS Project Manager, Zoran Sodnik.

“After the launch and commissioning of Artemis, inter-satellite laser communication will be performed for the first time. We hope it will go a long way to convince satellite operators of the many advantages of laser communication compared to microwave communications. These advantages include smaller terminals, higher data rates, lower power consumption and regulation and interception-free service,” he added.