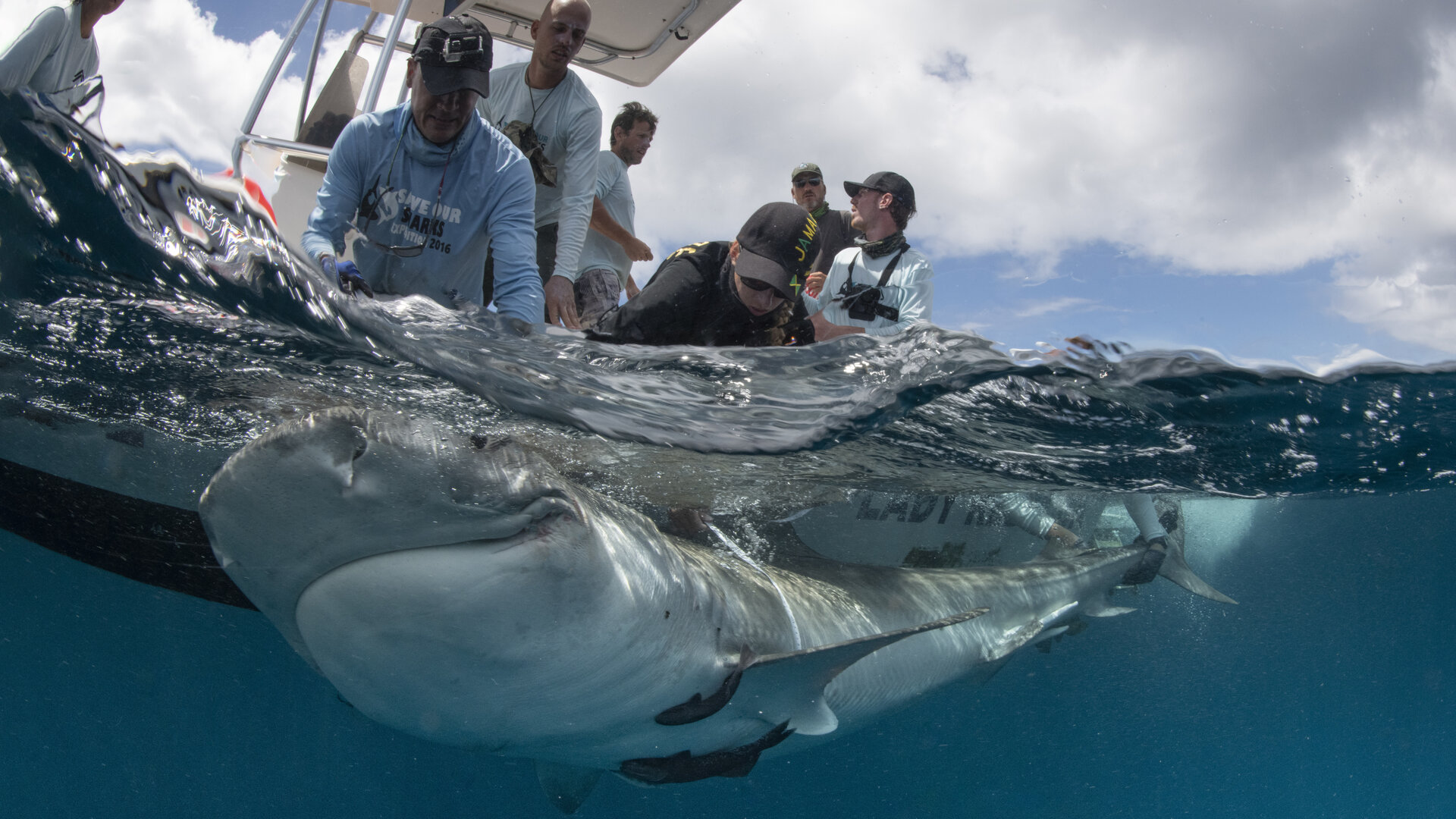 Four tiger sharks have been tagged with a new device that will help conservationists to conduct detailed analysis of their migrations over years.

The device, developed in collaboration with ESA, uses the Argos satellite telemetry system but is smaller and more durable than existing Argos tags, as well as being cheaper and more animal friendly.

It records pressure – indicating the depth of the shark – temperature, light level and tilt to enable three-dimensional mapping.

The tiger sharks were tagged off the coast of Saba in the Dutch Caribbean, during an expedition organised by the Dutch Elasmobranch Society, the Saba Conservation Foundation and Nature Foundation Sint Maarten.

“It’s important to track these animals over an extended period of time, as their migratory patterns can be long and far. Ideally you want to track them for several years,” says Irene Kingma of the Dutch Elasmobranch Society.

“The potential of the new technology used in these tags is amazing as it allows us to collect more data for a longer period of time.

“As ESA has the objective to have the tags produced at a considerably lower price point than the current tags on the market, this could change the way tagging is done in the future,” she says.

The tags communicate with passing satellites. This is known as “a handshake” and takes only minimal power – about the equivalent of sending a text message from a mobile phone.

Once the first contact has been made, the information is transferred. On receiving an acknowledgment from a satellite that its data has been received, the tag stops retransmitting.

This efficiency draws less battery power, making the tag last up to five times longer than existing devices that repeatedly retransmit their information.

The smaller and lighter tag can also hold more data. In fact, once the information has been uploaded to the satellite, the tag can clear its memory and start collecting new readings.

The results so far have shown that the device is highly accurate and robust.

“This technology opens the door to brand new possibilities. Currently tiger sharks are observed infrequently and it is difficult to say where they are. We don’t know about their breeding grounds or where they go,” says Tadzio Bervoets, director of the Nature Foundation Sint Maarten, who is charge of the tagging.

“With this revolutionary new tag we are able to better determine the migratory patterns of these critically important yet threatened apex predators and enact management solutions throughout their migratory range within the Caribbean basin.”

ESA worked with AnSem in Belgium under its programme of Advanced Research in Telecommunications Systems (ARTES) to develop the Artic microchip used in the devices. It was built into a marine tag manufactured by Star Oddi in Iceland.

The tag works in conjunction with the Argos satellite monitoring system operated by CLS in France, a leading provider of satellite services for environmental and maritime applications.

“The two-way link with the satellite is the key,” says ESA’s Peter de Maagt, who was also on the expedition.

“The increased efficiency has had knock-on benefits that have opened up new opportunities for better, less invasive tracking.

“This makes it easier to monitor how wildlife is coping in our fast-changing environment.”