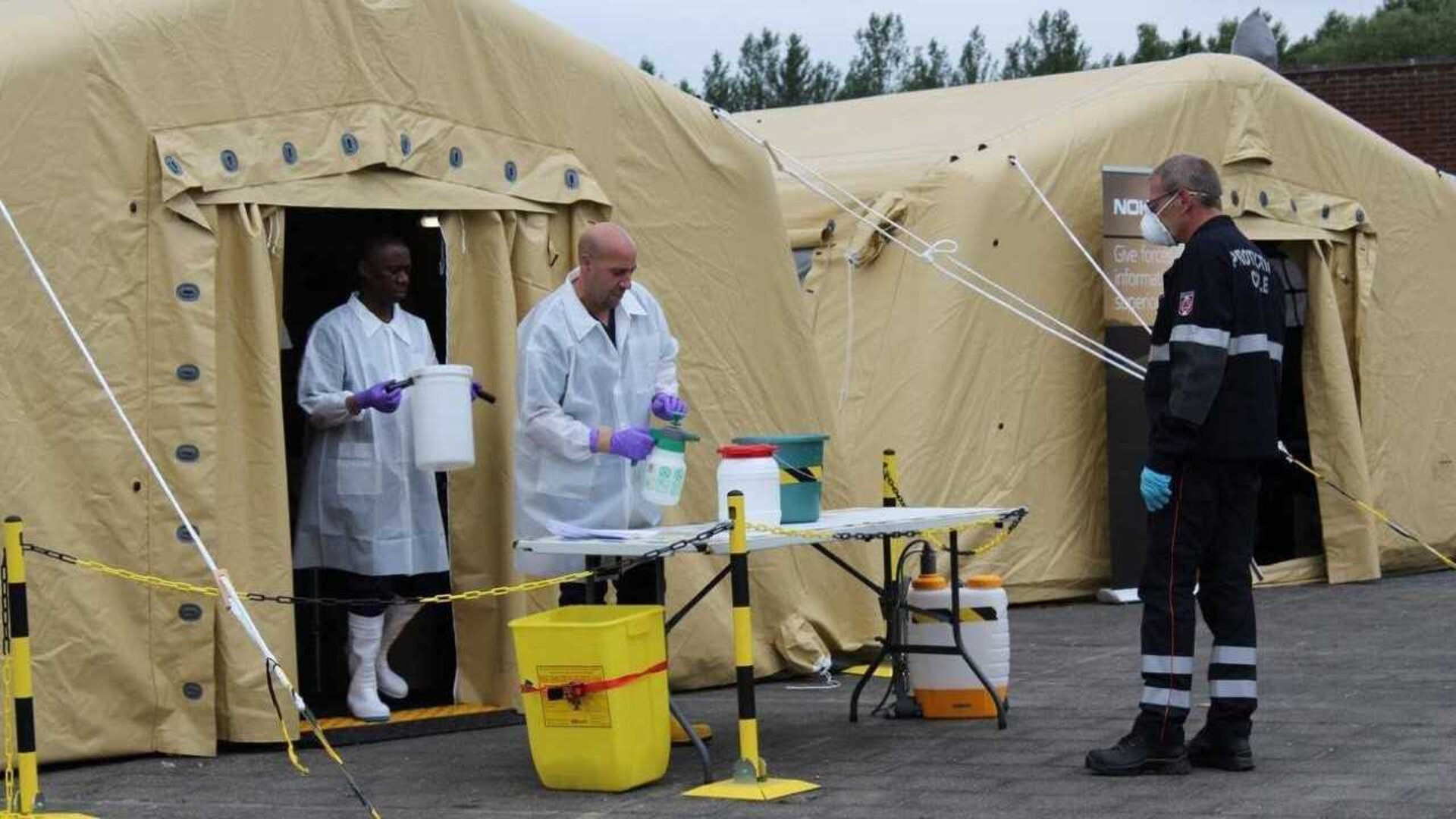 A laboratory that enables first responders to combat biological hazards and infectious diseases rapidly and safely has demonstrated its strengths during a simulated biological incident conducted in Belgium.

The Biological Light Fieldable Laboratory for Emergencies (B-LiFE) is designed to provide rapid identification of pathogens and to do so safely. B-LiFE teams successfully used the system to identify and treat patients from 2014 to 2015 during the Ebola crisis in the region of N’Zerekore, Guinea.

During the Ebola outbreak, the B-LiFE teams—consisting of volunteer biologists, doctors and technicians—set up a field laboratory containing specialised equipment in an Ebola treatment centre in the forests of N’Zerekore.

They used an inflatable satellite antenna to establish a link with a home base, with health authorities and with doctors working in the paediatric and haematology departments of St Luc’s hospital in Brussels, Belgium.

Blood samples from infected patients were analysed in the B-LiFE laboratory by the volunteers. The results were sent via satellite link to secure B-LiFE databases.

The set up enabled the doctors to monitor remotely the status of the epidemic and the effects of new drugs developed to treat Ebola, and helped them to adapt the treatment to individual patients.

In June 2018, the B-LiFE service was deployed during an international exercise that rehearsed the official response to an imagined biological attack on a capital city that was hosting the finals of the football European champions league.

It acted out a scenario in which a clandestine laboratory was discovered by police, after contaminated pizza was served to VIPs at a celebratory meal ahead of the match.

First responders delivered samples of the suspicious substances to the laboratory for identification. The test results were relayed to the authorities via the telecommunication satellite system.

Belgian civil protection, defence, federal police, health services and the nation’s Federal Crisis Centre participated in the exercise, hosted on a military base near Brussels, which was watched by 300 international observers.

The United Nations World Health Organization marks World Health Day on 7 April every year. The third Sustainable Development Goal underlines the right to health: Ensure healthy lives and promote well-being for all at all ages. On-orbit research, space technology and space applications can help improve health on Earth by monitoring our environment, helping track disease, improving diagnostics, and working on new medicines among other things. The UN is also focusing particularly this year on universal health coverage.