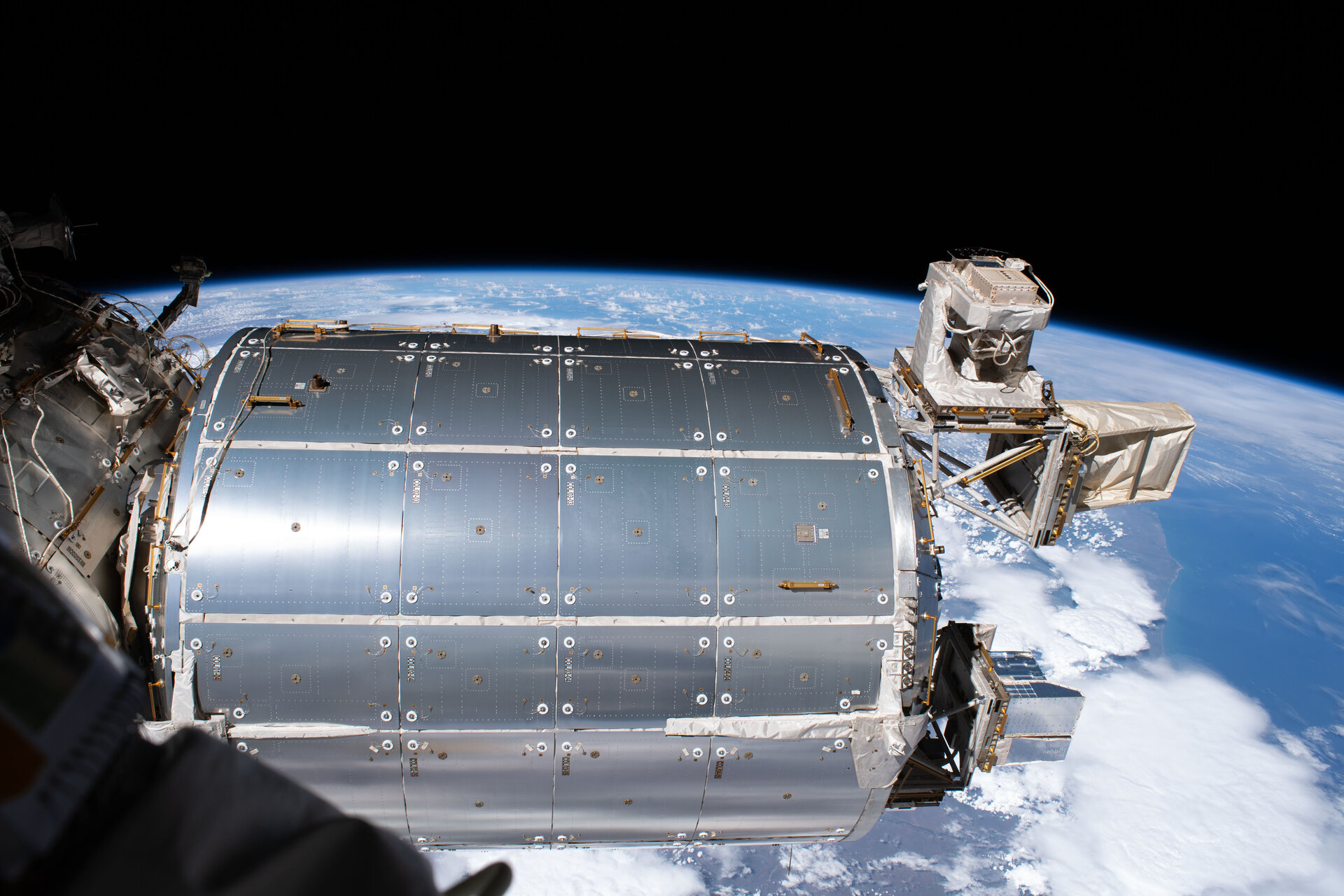 Astronauts aboard the International Space Station plan to install a high-speed radio link to enable almost real-time connections with Earth.

The upgrade to the ESA Columbus laboratory will relay data from experiments on the Station back to Earth almost instantaneously.

The fridge-sized device will fly to the Station aboard Northrop Grumman’s 13th Cygnus supply ship on 9 February.

The device will send signals from the Station, which orbits at an altitude of 400 km above Earth, even further into space, where they will be picked up by European satellites in geostationary orbit 36 000 km above the surface.

These satellites – called the European Data Relay System – remain in constant communication with the same ground station on Earth, unlike the Station, which switches from one to another as it loops around the planet every 90 minutes.

Dubbed ColKa for ‘Columbus Ka-band antenna’, the upgraded system will provide speeds of up to 50 Mbit/s for downlink and up to 2 Mbit/s for uplink. This will allow astronauts and researchers to benefit from a direct link with Europe at home broadband speeds – delivering a whole family’s worth of video streaming for science and communications.

A spacewalk later this year will be dedicated to upgrading the Columbus module. Two astronauts will take ColKa through the Station’s airlock and bolt it to the outside of Columbus. The antenna connects to a dedicated plug outside Columbus that feeds the data from the facilities and computers inside.

Columbus was conceived and designed over 20 years ago, when the internet was in its infancy. The laboratory was launched to the Station in 2008 and uses the Station’s network and NASA’s infrastructure for communications with the Columbus Control Centre.

The upgrade will ensure faster communications, independent from the NASA system, to relay data from more and more experiments allowing researchers on Earth to access their experiments at all times for another decade to come.

Colka was designed and built by British and Italian companies as prime contractors, using products from Norway, Belgium, France, Canada and Germany, some of which have been qualified under the ESA’s programme of Advanced Research in Telecommunications Systems (ARTES).

Colka will use the infrastructure for the European Data Relay System developed as a Partnership Project between ESA and Airbus, as part of ESA’s efforts to federate industry around large-scale programmes, stimulating technology developments to achieve economic benefits.

The know-how gained from designing, building and running ColKa will be instrumental for ESA’s communications package under the Esprit project that is being designed for the lunar Gateway – an outpost over 1000 times farther from Earth than the International Space Station.

Update: the launch has been postponed to no earlier than 13 February.