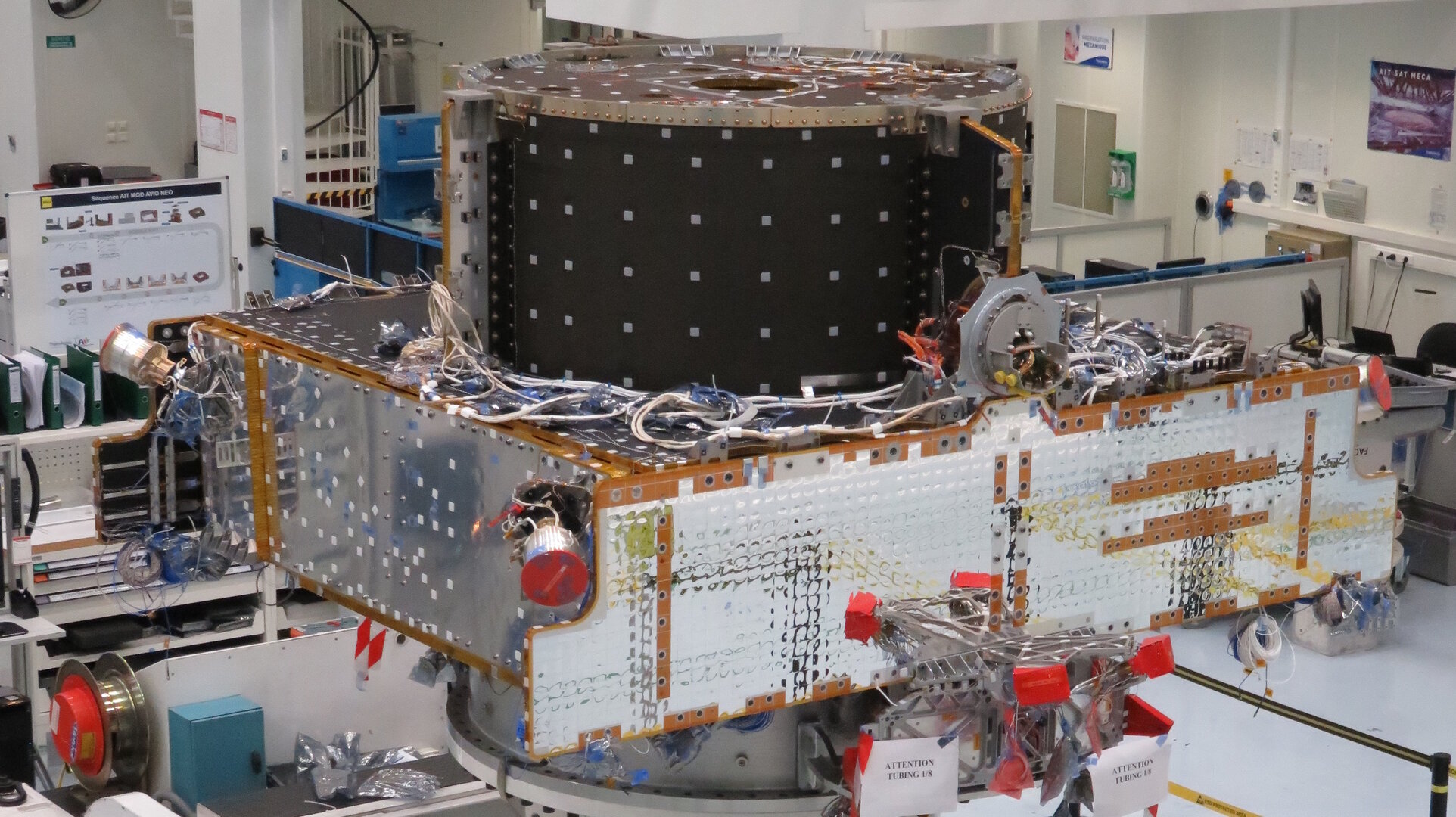 Spacebus Neo is based on a modular concept. It is designed to be as quick and cost-effective to build as possible, while also being easily customised to fit the satellite owner’s mission.

The generic service module is assembled in Cannes with the mission-specific payload module built in Thales Alenia Space in Toulouse, France.

The next six Spacebus Neo missions will be: the French government’s Syracuse-4; SES-17; another Eutelsat mission called Konnect Very High Throughput Satellite; Satria, which will be operated by the Indonesian operator Pasifik Satelit Nusantara; Eutelsat 10B; and Amazonas Nexus for Hispasat.

The Spacebus Neo product line is developed in the frame of ESA's programme of Advanced Research in Telecommunications Systems (ARTES) and the French PIA (“Programme d’Investissement d’Avenir”), in cooperation with space agencies from ESA Member States, and managed jointly by ESA and the French Space Agency, CNES.

The Neosat programme comprises both Spacebus Neo by Thales Alenia Space and Eurostar Neo by Airbus. It includes development and in-orbit validation of the new satellite product lines for both companies, allowing the two European satellite prime integrators to deliver competitive satellites for the commercial satellite market.

So far 14 satellites and one option have been sold under the Neosat programme, of which seven have been by Thales Alenia Space and seven by Airbus.