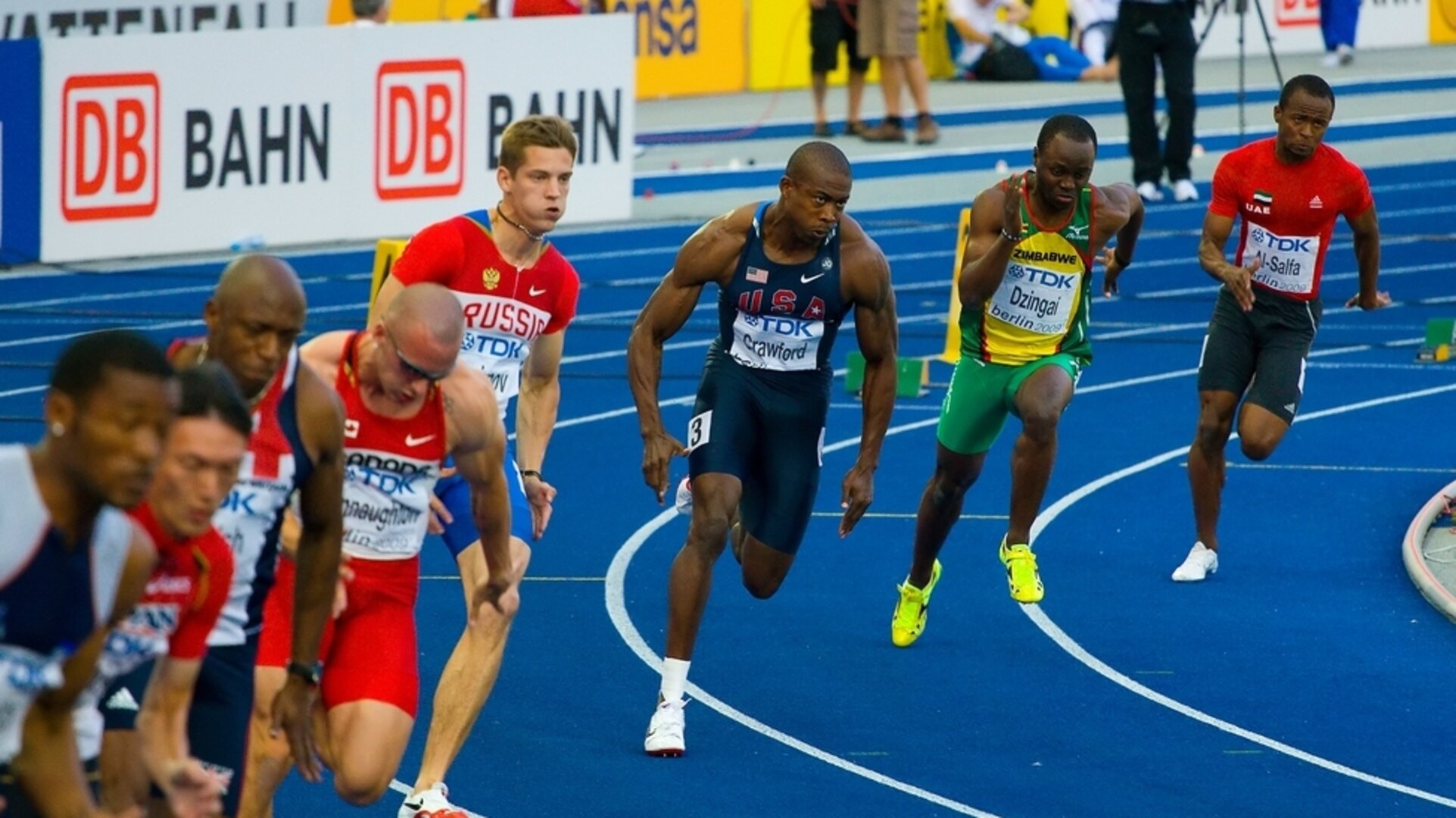 A small but revolutionary motion sensor worn by athletes has scored a big win in this year’s European Satellite Navigation Competition. Proposed by the ESA Business Incubation Centre start-up company Kinexon, it provides accurate, realtime information on an athlete’s condition.

The device is based on a small sensor cell developed by Kinexon that offers precise localisation and tracking. Accurate to about 10 cm and updated 20 times a second, it captures even rapid movement.

The cell combines realtime improved satnav with information from internal inertial sensors. The satnav technique increases the precision of position data from the Galileo, GPS and Glonass satellite constellations by using the ‘phase’ of the signal’s carrier wave, rather than the satnav signal information content itself.

“We found their idea so interesting that we decided to support the development at our business incubation centre,” explains Thorsten Rudolph, Managing Director of Anwendungszentrum GmbH Oberpfaffenhofen, the company contracted by ESA to run the Business Incubation Centre in Bavaria.

The core of their Kinexon One athlete monitoring system is the wearable Kinexon Cell that captures the performance of an athlete and relays it to a base station. There, the data are processed and transferred to the cloud for access by coaches and medical staff.

Performance, health and fitness levels such as energy consumption, training load and activity are available in real time, also helping to prevent injuries through overtraining.

The cell could also offer round-the-clock monitoring of elderly people who might be prone to falls or suffer from memory problems.

With the first version set for launch shortly, the two young entrepreneurs from Kinexon edged out more than 400 other entries from nearly 50 countries in this year’s competition.

Last night at the final award event in Munich, Dr Gerd Gruppe, Member of the Executive Board of the DLR German Aerospace Center, conferred the €20 000 grand prize on Drs Trinchera and Hüttenbrink.

The competition’s ESA Innovation Prize went to entrepreneur Jan Walter Schroeder and his Sensovo team working on the world’s first commercial wearable tactile navigation system – a smartphone app with a waist belt that guides the wearer via vibration.

The Navipal app uses thephone’s internal GPS receiver for positioning and communicates via bluetooth with the belt, which carries eight tiny vibrating motors spaced equally and powered by a 3.7 V rechargeable battery. The belt provides navigation cues by vibrating one or more motors in the needed direction. The intensity and duration change according to the distance to the destination.

Having already produced the proof-of-concept prototype, the team will now continue developing the unit with support from BIC Darmstadt.

Ten years of innovation through space

This is the 10th year that the European Satellite Navigation Competition has recognised the best products, services and innovations that facilitate the use of satnav in everyday life.

With prizes worth a total of €1.07 million in 32 categories, the ceremony helped to start the European Space Solutions conference, which is taking place 5–7 November at Alte Kongresshalle München, Germany.

For an overview of the winners in all 32 categories, please visit www.galileo-masters.eu

The Copernicus Masters competition winners were also announced at the event last night.

Now in its third year, the competition seeks ideas drawing on Earth observation data, while fostering creative product development and entrepreneurship in Europe. More than 140 business proposals were submitted from teams in 23 countries.

The overall winner this year isHartmut Runge from DLR for his project, Landmark Navigation with Radar FixPoints from Satellites.

More information on the Copernicus Masters and the 2013 winners is provided here.