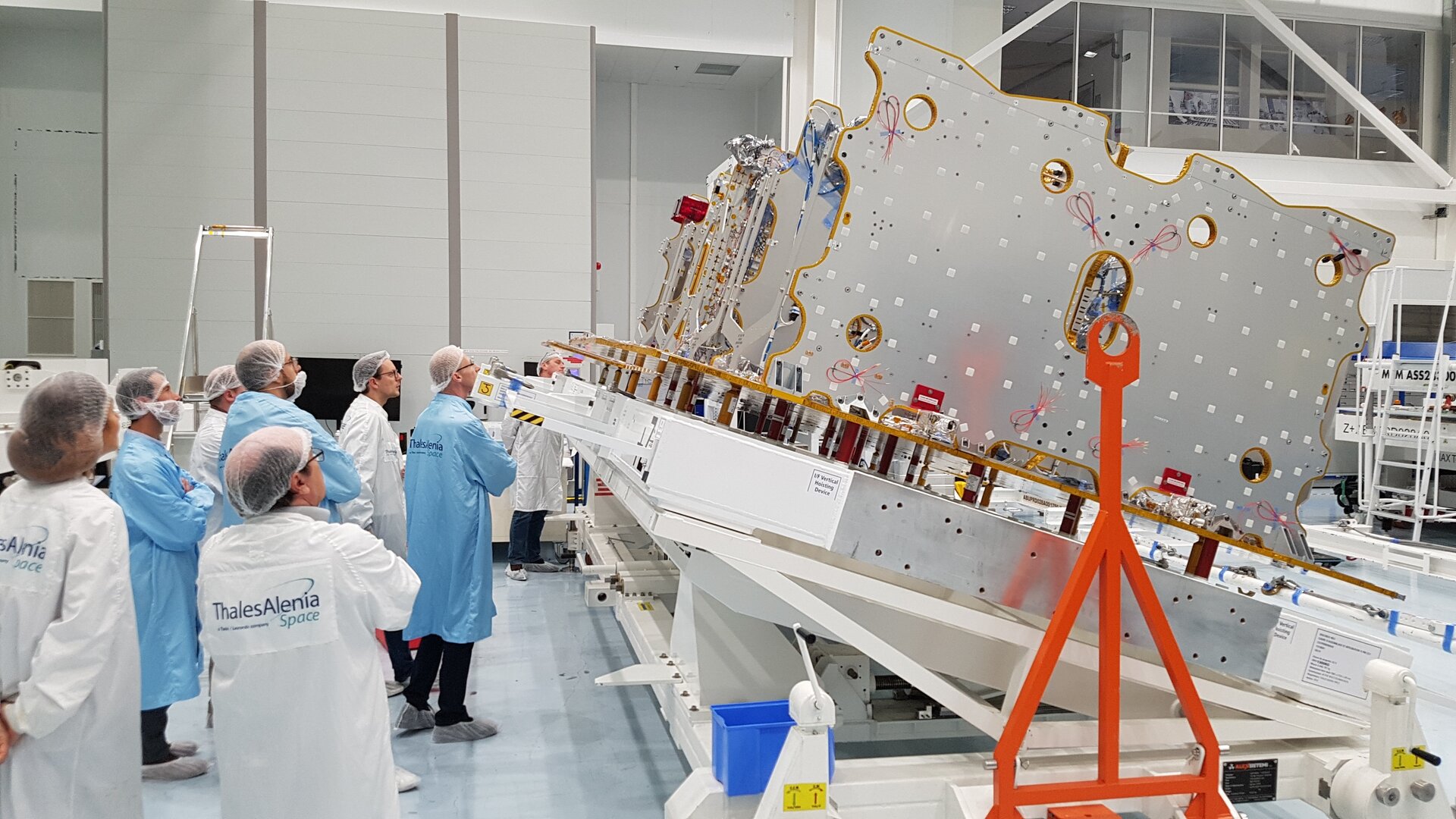 Thales Alenia Space has delivered the first Spacebus Neo payload module structure, including the first ever Mechanically Pumped Loop (MPL) to be mounted on a telecommunication satellite designed for 15 years of in-orbit service. It will be flown on the SES-17 satellite that is due to start service operations in 2021.

Telecommunication satellites generate substantial amounts of heat that need to be harvested from the payload and spread over large radiators, where it dissipates into cold space. Conventionally, the hottest units are placed right onto the radiators. This relatively simple scheme reaches its limits when the payload becomes more demanding, as is the case for recent Very High Throughput Satellite (VHTS) missions proposed by several satellite operators.

The MPL is made of a network of pipes and a mechanical pump, which circulates a refrigerant fluid to collect heat wherever it is created and transport it to the radiators. This makes it possible to maximise use of the available surface inside the satellite, to accommodate the repeaters required for large VHTS missions.

The Partnership Project has helped to derisk partners’ investment by developing this disruptive technology and thereby achieve a competitive leap forward in the highly dynamic VHTS satellite market. This was achieved thanks to the combined expertise and excellent collaboration of Thales Alenia Space, ESA, the French Space Agency CNES and SES, the customer of the SES-17 satellite.

The Neosat programme comprises both Spacebus Neo by Thales Alenia Space and Eurostar Neo by Airbus. It includes development up to in-orbit validation of the new satellite product lines for both companies, allowing European industry to deliver competitive satellites for the commercial satellite market.