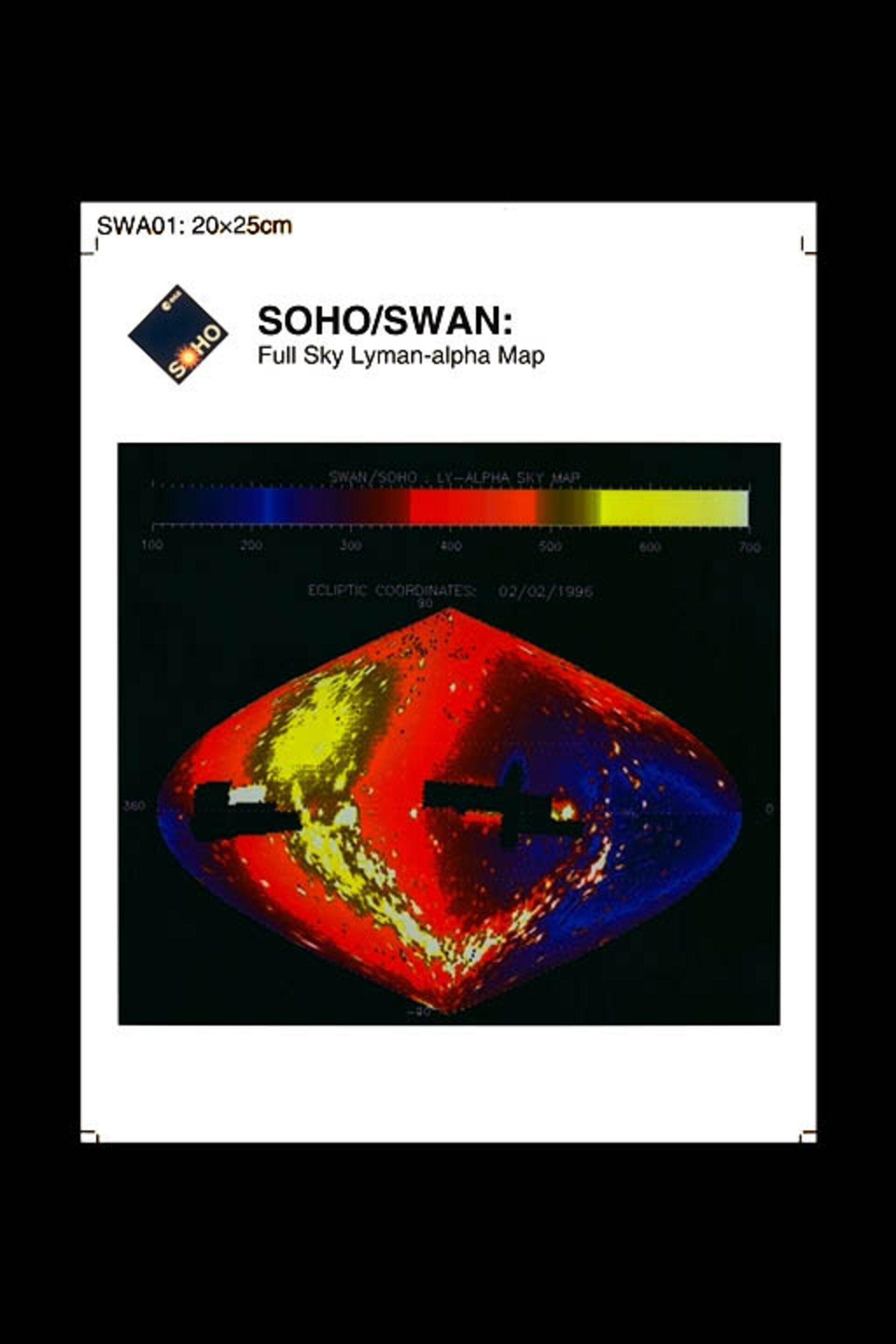 Whole -sky map (ecliptic coordinates) of Lyman-alpha emission observed by Soho's SWAN instrument. Two areas were not covered for safety reasons, around the Sun (at left) and around the anti-solar direction (at right). The colour codes the intensity, in counts per second per pixel (one square degree). A number of UV hot stars can be identified, tracing the galactic plane. The rest of the ubiquitous emission is due to solar UV Lyman-alpha photons, backscattered by hydrogen atoms in the solar system. These H atoms came from interstellar space, and are approaching the Sun down to about 2 AU, in the direction of the incoming flow. A maximum of Lyman-alpha intensity surrounds this upwind direction. In the opposite direction, the emission is weaker by a factor of 3.5, because most atoms have been destroyed by charge-exchange with solar wind protons, creating a cavity void of hydrogen atoms in the downwind direction. A detailed comparison of such Lyman-alpha maps will allow determination of the solar wind mass flux at all ecliptic latitudes. [Image Date: 19-11-96] [96.11.003-002]