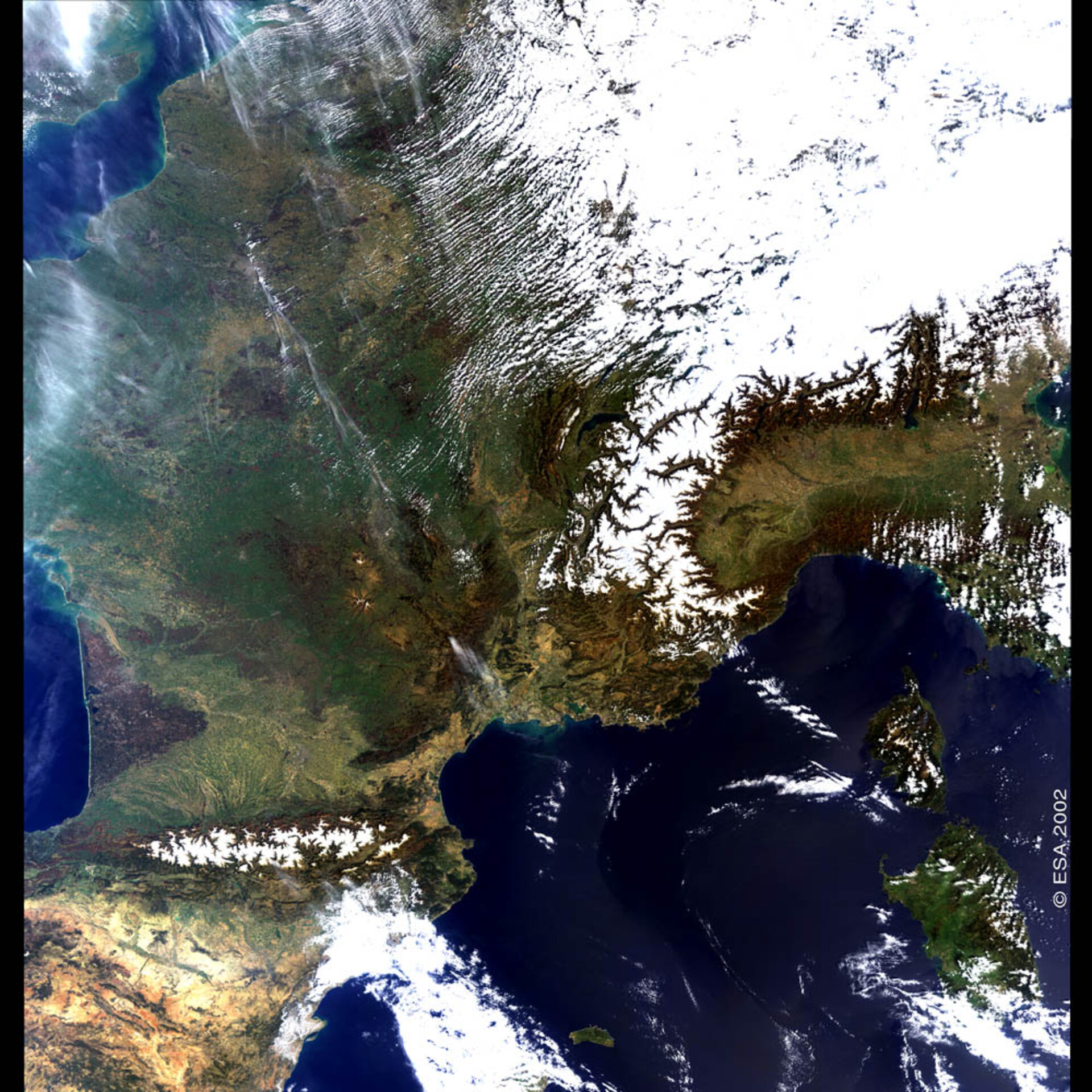 This is one of the first images acquired by Envisat, ESA's Earth observation satellite.

France is visible in this MERIS image, along with portions of several other European countries, including Austria, Belgium, England, Italy, Spain and Switzerland. Two mountain ranges filled with snow can clearly be seen: the Pyrenees and the Alps, with their highest points, respectively, at 3404 meters (Aneto peak) and 4807 meters (Mont Blanc).


Also visible are the major French cities and their surrounding areas, including Paris, Lyon, Marseilles, Bordeaux and Toulouse. The Rhone, the Seine and the Garonne rivers are carrying large quantities of sediments to in the Mediterranean Sea and the Atlantic Ocean, visible as green plumes.