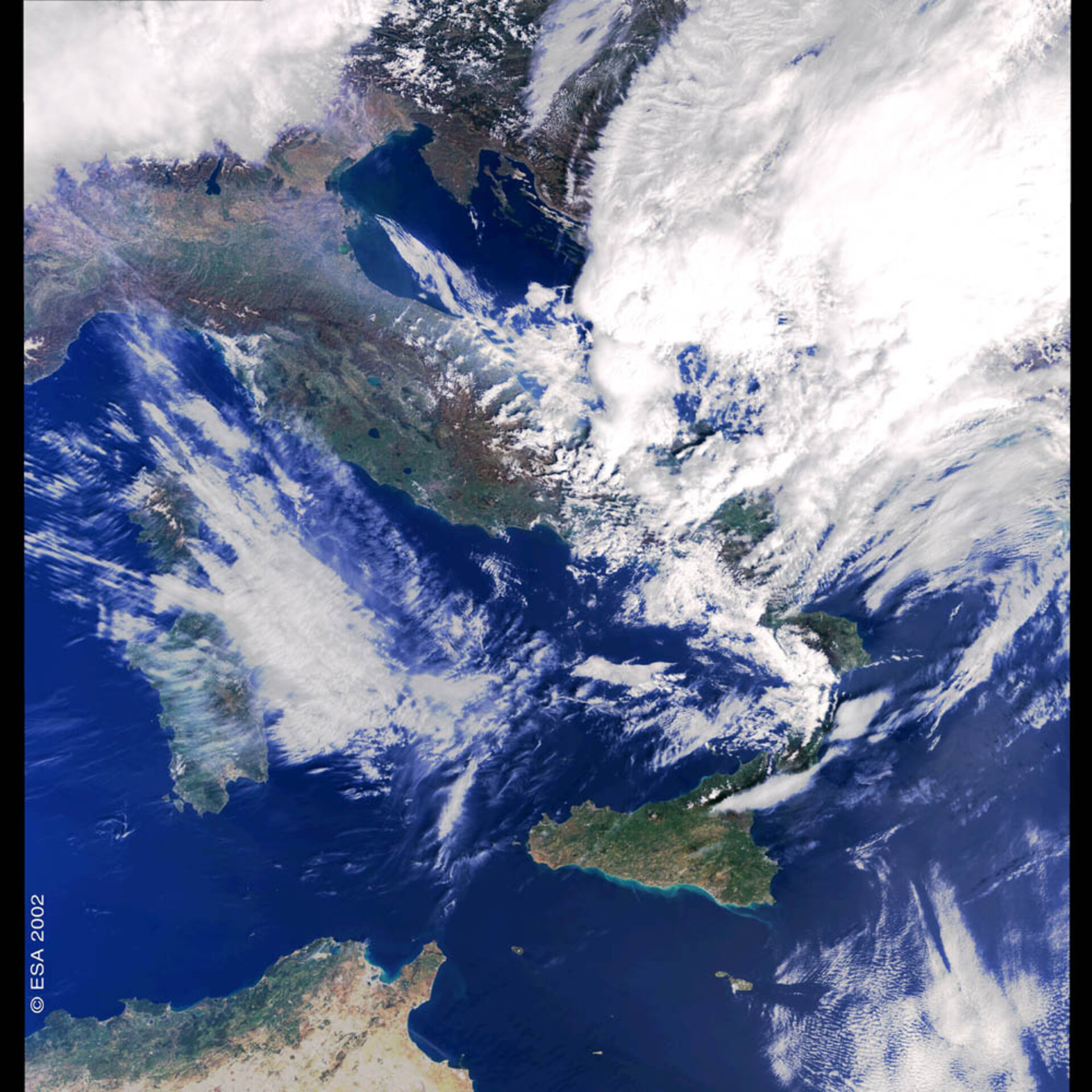 This image is the very first MERIS view of Italy. The Etna volcano, not active at the time the image was acquired, is partially masked by clouds in northern Sicily. The green colour of the water along the southern coast of Sicily is due to the coastal erosion by water currents in the Strait of Sicily. Suspended matter taken away from the beaches is visible in the long plume extending along the southeast edge of the island. Several Italian cities are clearly visible, including Rome, Milan, Venice and Bologna.