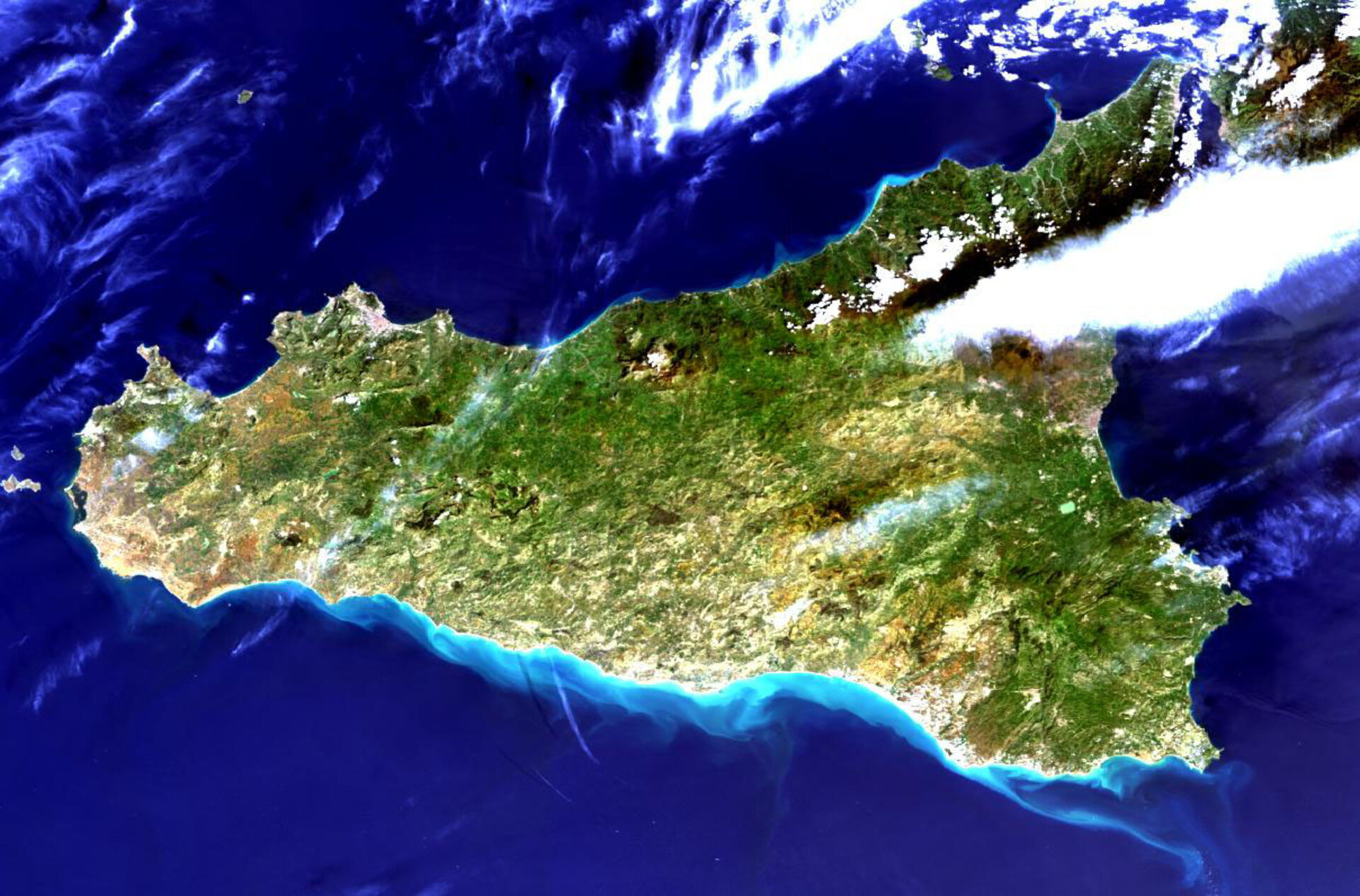 This is an enlargement of the MERIS image of Italy. The Etna volcano, not active at this time, is partially masked by clouds in the northern part of Sicily.

The green colour of the water along the southern coast of Sicily is due to the coastal erosion by currents in the straights of Sicily. Suspended matter taken away from the beaches is visible in the long plume extending along the southeast extremity of the island.
Technical Information:
Instrument: MEdium Resolution Imaging Instrument (MERIS)
Date of Acquisition: 21 March 2002
Orbit number: 00305
Instrument features: Full resolution image (300-meter resolution)