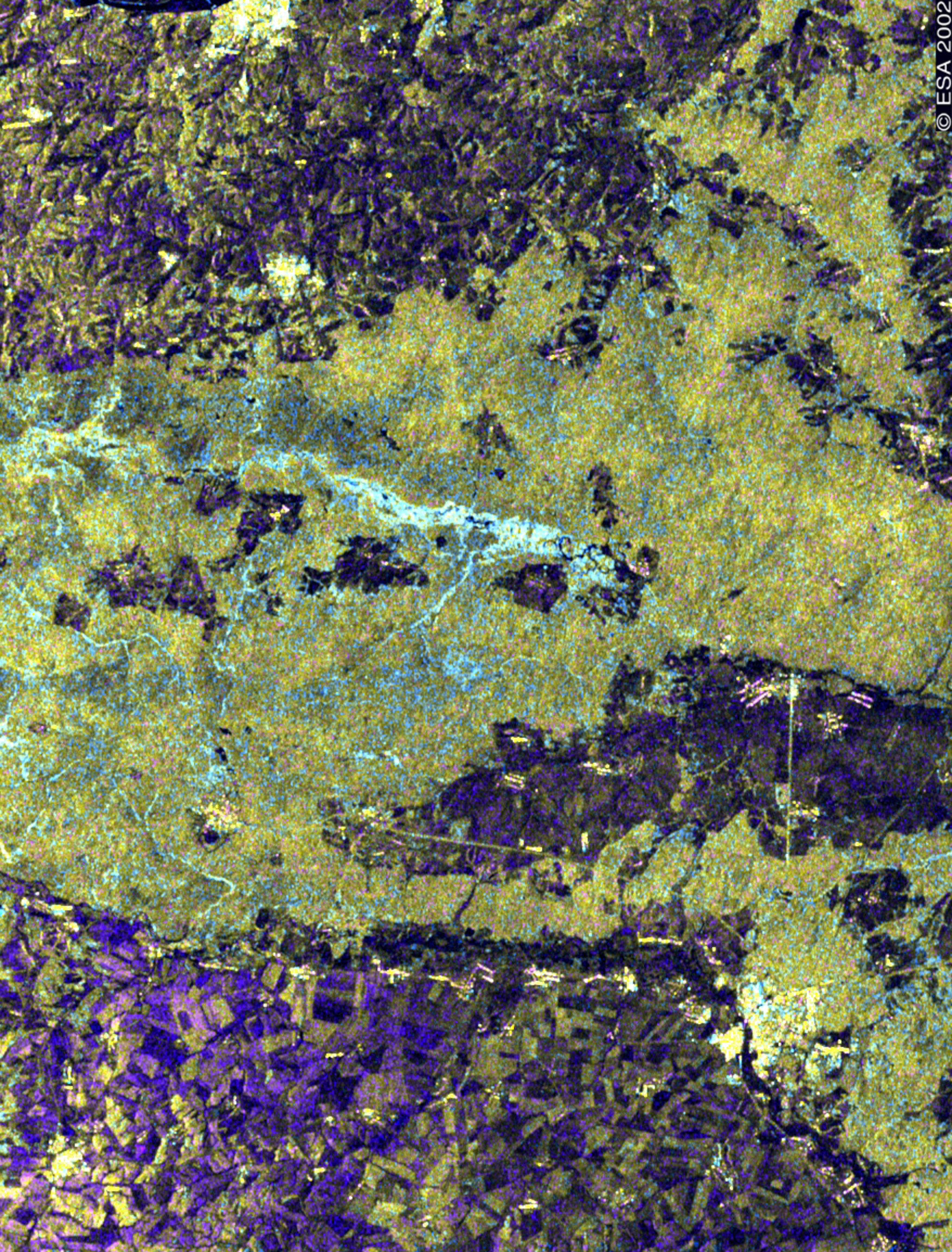 This image shows an area, 100-km wide, around the city of Arzamas in Russia, 300 km east of Moscow. The city appears bright yellow because backscatter is equally high in VV and HH polarisation. To the north and south are agricultural regions, where individual fields are visible in shades of magenta and purple, because of the strong VV backscatter. The green - yellow colour that dominates the central portion of the image results from the forests in this region (medium backscatter in VV and HH). The Tesha River skirts the northern edge of the lower region. In the centre of the image the banks of a large river system, probably frozen, are highlighted in cyan (HH backscatter dominates).

Envisat’s ASAR instrument is the first permanent space-based radar to incorporate dual-polarisation capabilities - the instrument can transmit and receive signals in either horizontal or vertical polarisation. This Alternating Polarisation (AP) mode can improve the capability of a SAR instrument to classify different types of terrain. Because the reflective properties of a surface are dependant on the polarisation of the incoming radar signal, the use of more than one type of polarisation provides valuable extra information.