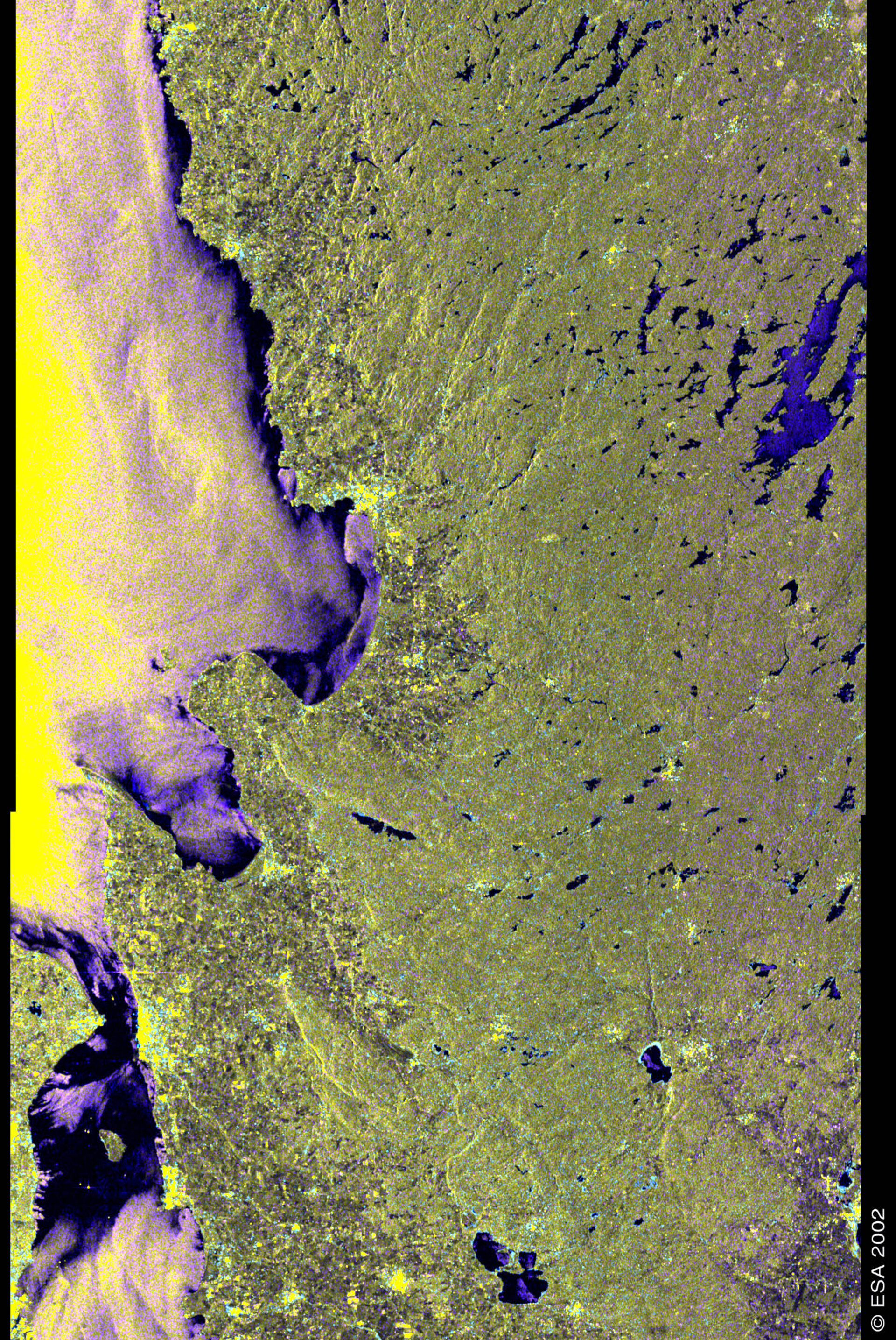 The image, 100km wide, shows southwest Sweden and the Kattegat. Just visible in the southwest is the tip of Sjælland, Denmark, and the edge of the city of Copenhagen. In The Sound, an important shipping route into the Baltic Sea between Denmark and Sweden, several ships are visible as bright specks in the dark water. Further north, at the top left of the image, a ship’s wake can be seen.

Copenhagen and the Swedish cities of Helsingborg and Halmstad are visible as bright yellow patches due to high reflectance in both VV and HH polarisations. Surrounding them, and stretched along the coast are agricultural regions, which appear as distinctly textured areas in the image, where VV-polarised reflectance generally dominates, creating purplish tones. Inland, the majority of the terrain is typically Swedish, dominated by forest (medium backscatter in VV and HH) and punctuated with small lakes.

The radar also reveals patterns on the surface of the water. The darker areas show sheltered water close to the shore. In The Sound, the juxtaposition of calm and choppy water reflects the flow of tidal currents through this narrow channel. The yellow regions on the far left display areas of high winds while surface current features generate the curved lines visible off the Swedish coast.