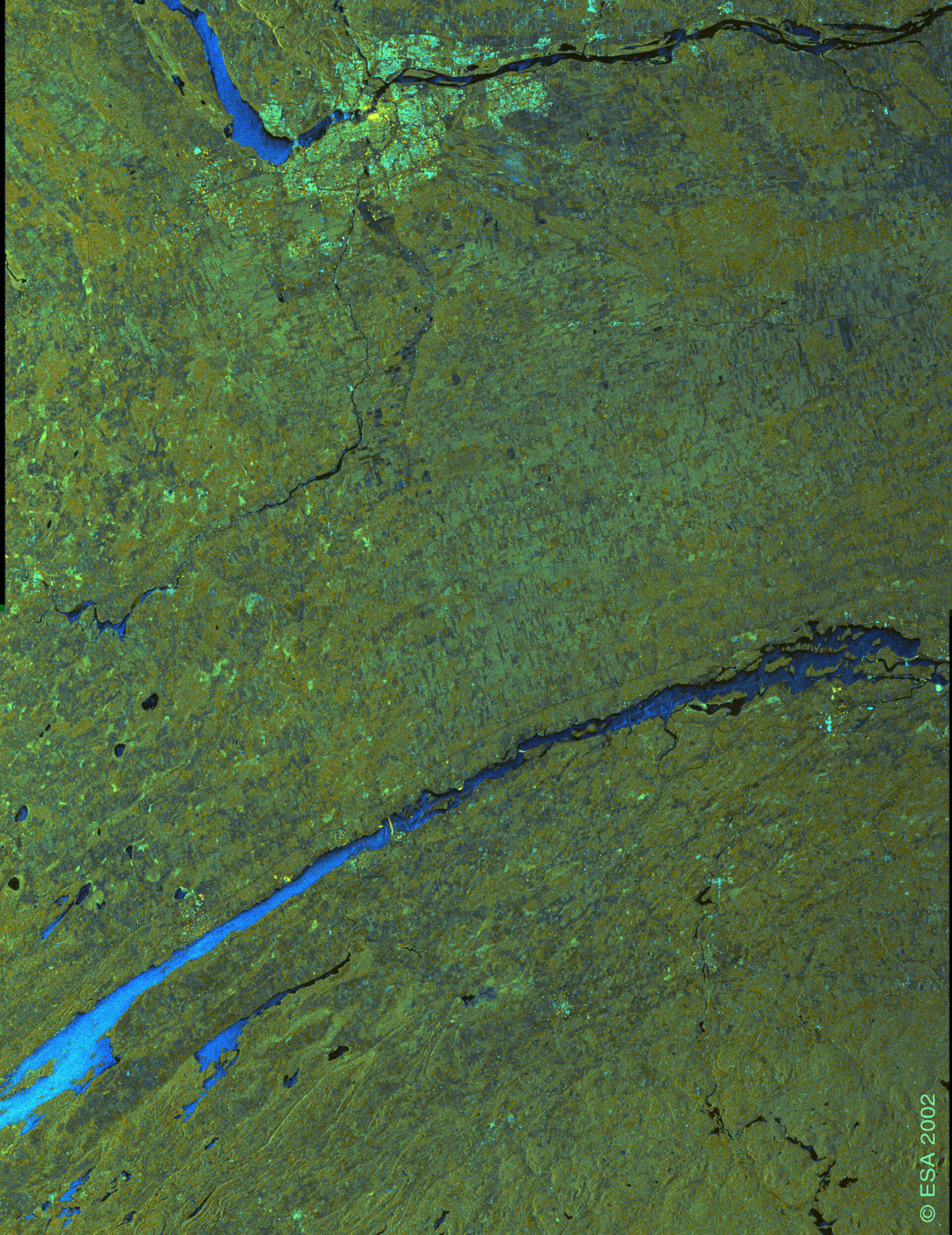 The main features in this image include the flood plains of two major rivers, seen in blue: the Ottawa River (in the top section of the image) and the St. Lawrence River (in the bottom half of the image). Also visible are a significant urban area (in yellow and light green), intensive agricultural areas (dark green regions), forests (in brown) and the geological features associated with the Adirondack Mountains, part of the process that formed the Appalachian Mountains.

The large urban area at the top of the image is the Capitol Region of Canada, consisting of the cities of Ottawa, Ontario (on the south side of the Ottawa River) and Hull, Quebec (on the north side). To the south, between Ottawa and the St. Lawrence Rivers, is an agricultural region supporting the Ottawa/Hull region.

The St. Lawrence River defines the international boundary between Canada and the US. Two bridges are visible, one at Cornwall, Ontario (the extreme right centre of the image) and, further upstream in the image centre, the Prescott-Ogdensburg International Bridge. On the left, the St. Lawrence River widens into the boundary recreational area known as Thousand Islands.

The US side of the St. Lawrence River consists of flood plains, mixed agricultural and small urban zones, and a range of low mountains to the south. In the lower left section of the image are the geological folding patterns associated with the Appalachian Mountains.