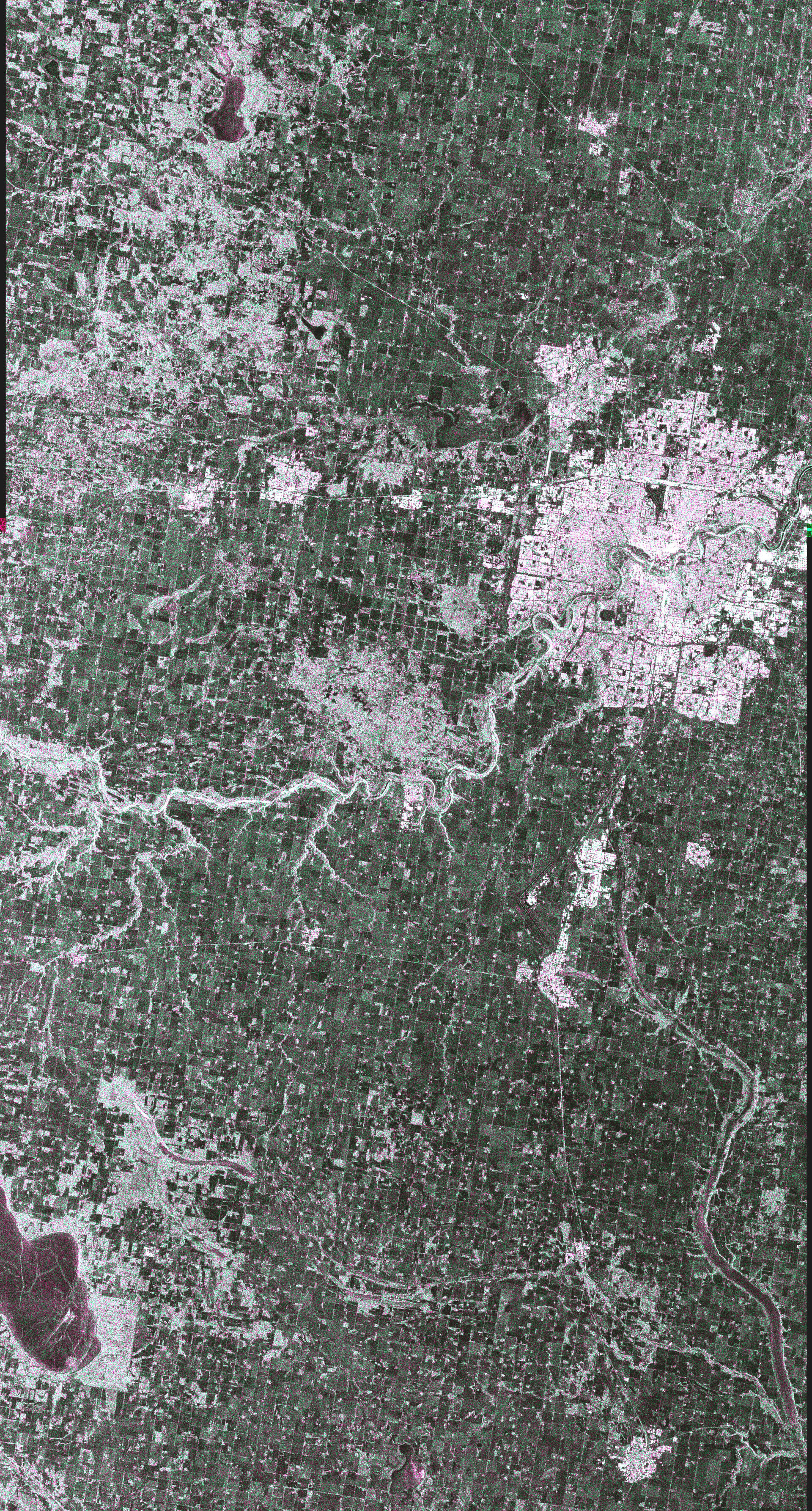 This image, 56.5 km, shows an area centred over the capital of the Canadian Alberta province, Edmonton (large bright patch in the upper right section).This city, known as the Gateway to the North, is a commercial, manufacturing, and transport centre situated in a rich agricultural and mining area. The main agricultural products are dairy goods as well as wheat, rapeseed, and barley. The river north saskactchewan, bright line in the middle part of the image, cross the city from east to west. In the bottom left corner a part of the Pigeon lake is clearly visible.
The image results from a colour composite where the Red channel contains the HH polarised image, the green channel contains the VV polarised image and the Blue channel the first principal component of these two images. Working with the first principal component as third channel allow highlighting the contribution of each polarised image.
Bright and grey tone reveals no significant change between HH and VV polarised images. The magenta shade, visible over area with a relatively high surface scattering such as lakes and urban areas indicates a stronger backscatter in HH. The green colour that dominates the image result from the extensive agricultural fields in this area (strong VV backscatter). The different shade of green depends of crop type and moisture conditions.