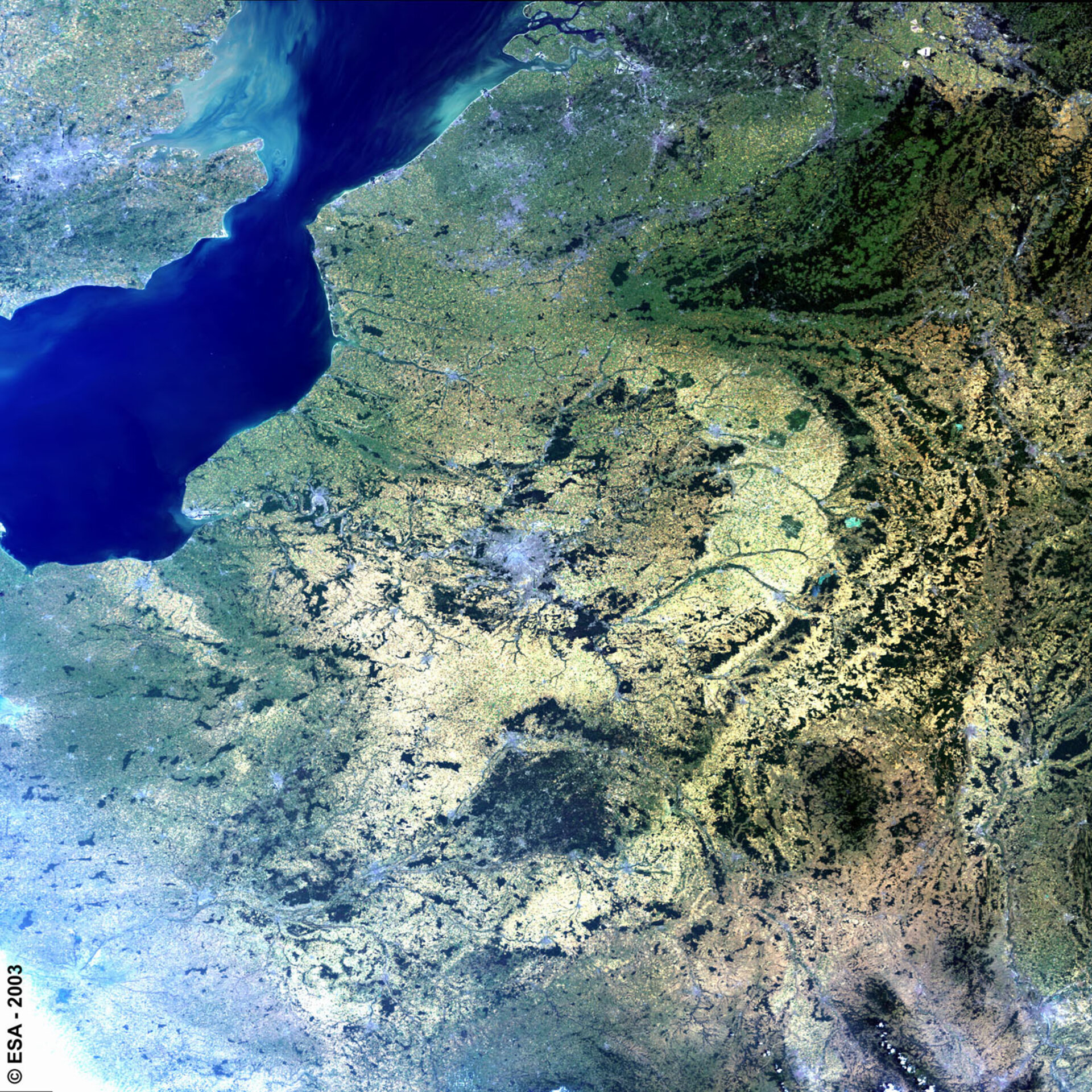 The City of Light, Paris, France (bright grey area), located on the Seine River, is centred on this Medium Resolution Imaging Spectrometer (MERIS) image. Also visible in the upper left corner is London, England. To the right is the Strait of Dover that separates England from France and links the English Channel to the North Sea. An interesting feature is the light bluish colour of the sea around the Goodwin Sands area, which is likely to be caused by increased sedimentation. On the French side of the strait is the region of Nord-Pas-de-Calais. Continuing up the north is the small country of Belgium and the city of Brussels. Further north is the Netherlands.