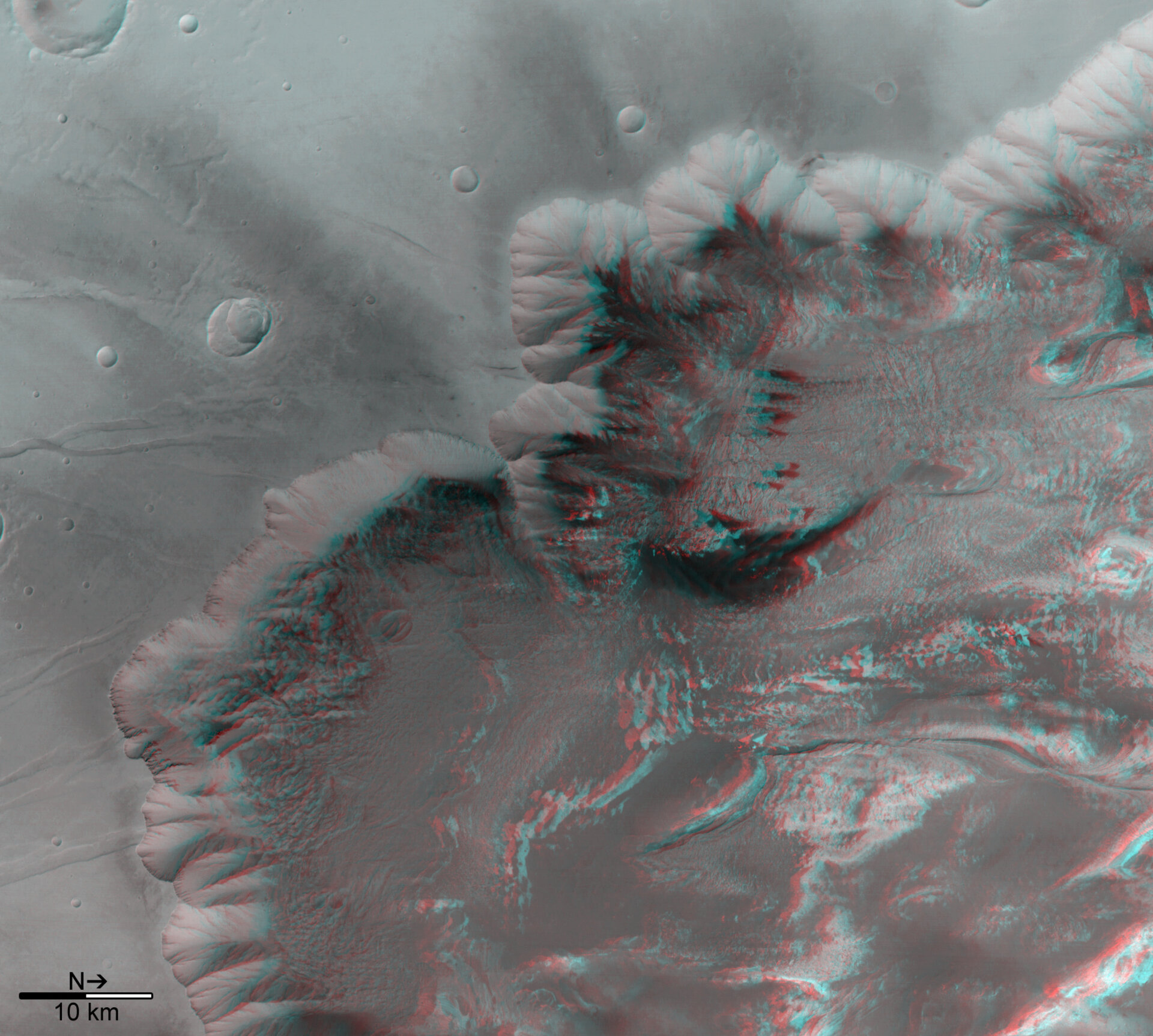 This 3-D image (anaglyph) was created from the nadir channel of the HRSC together with one stereo channel.