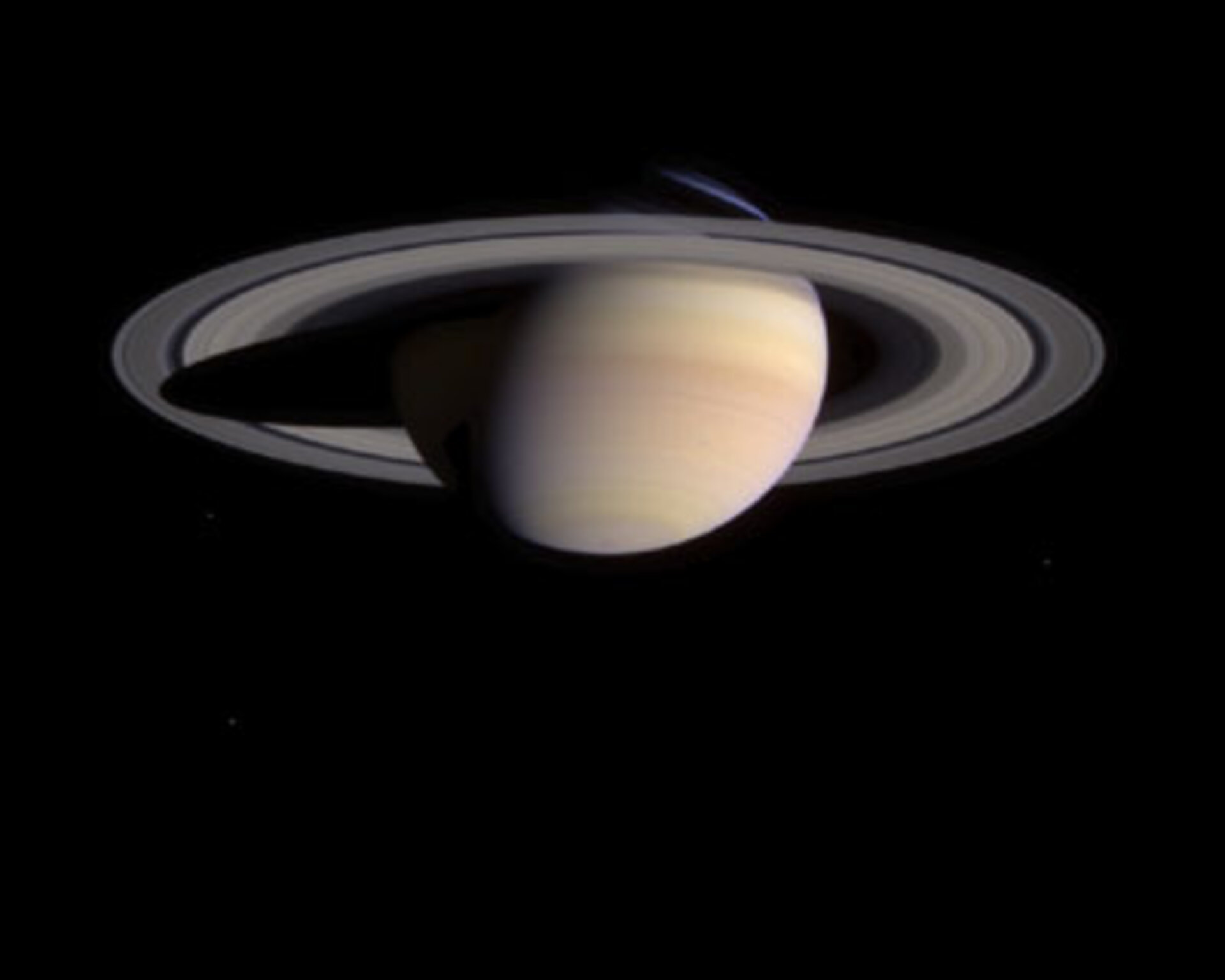 As Cassini-Huygens closes in on Saturn, its view is growing sharper with time and now reveals new atmospheric features in the planet's southern hemisphere.

The spacecraft's narrow angle camera took several exposures on 8 March 2004 which have been combined to create this natural colour image. The image contrast and colours have been slightly enhanced to aid visibility.

The spacecraft was then 56.4 million kilometres from Saturn, or slightly more than one-third of the distance from Earth to the Sun. The image scale of the high resolution image is approximately 338 kilometres per pixel. The planet is 23 percent larger in this image than it appeared in the preceding colour image, taken four weeks earlier.

Atmospheric features such as two small, faint dark spots, visible in the planet's southern hemisphere, will become clearer in the coming months. The spots are located at 38 degrees South latitude.