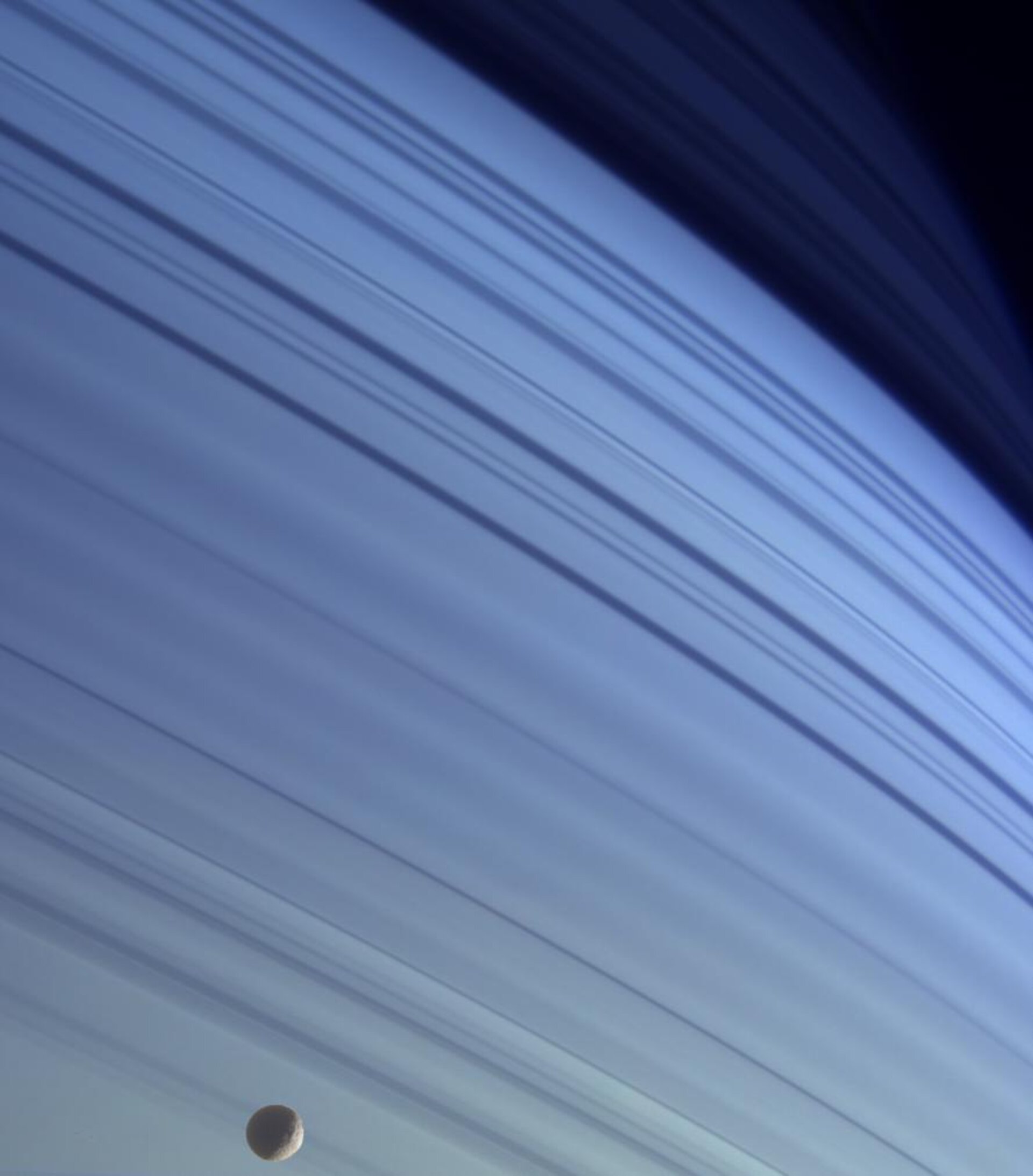 Craters on icy Mimas (398 kilometres across) give the moon a dimpled appearance.

Images taken using infrared (930 nanometres), green (568 nanometres) and ultraviolet (338 nanometres) spectral filters were combined. The colours have been adjusted to match closely what the scene would look like in natural colour.