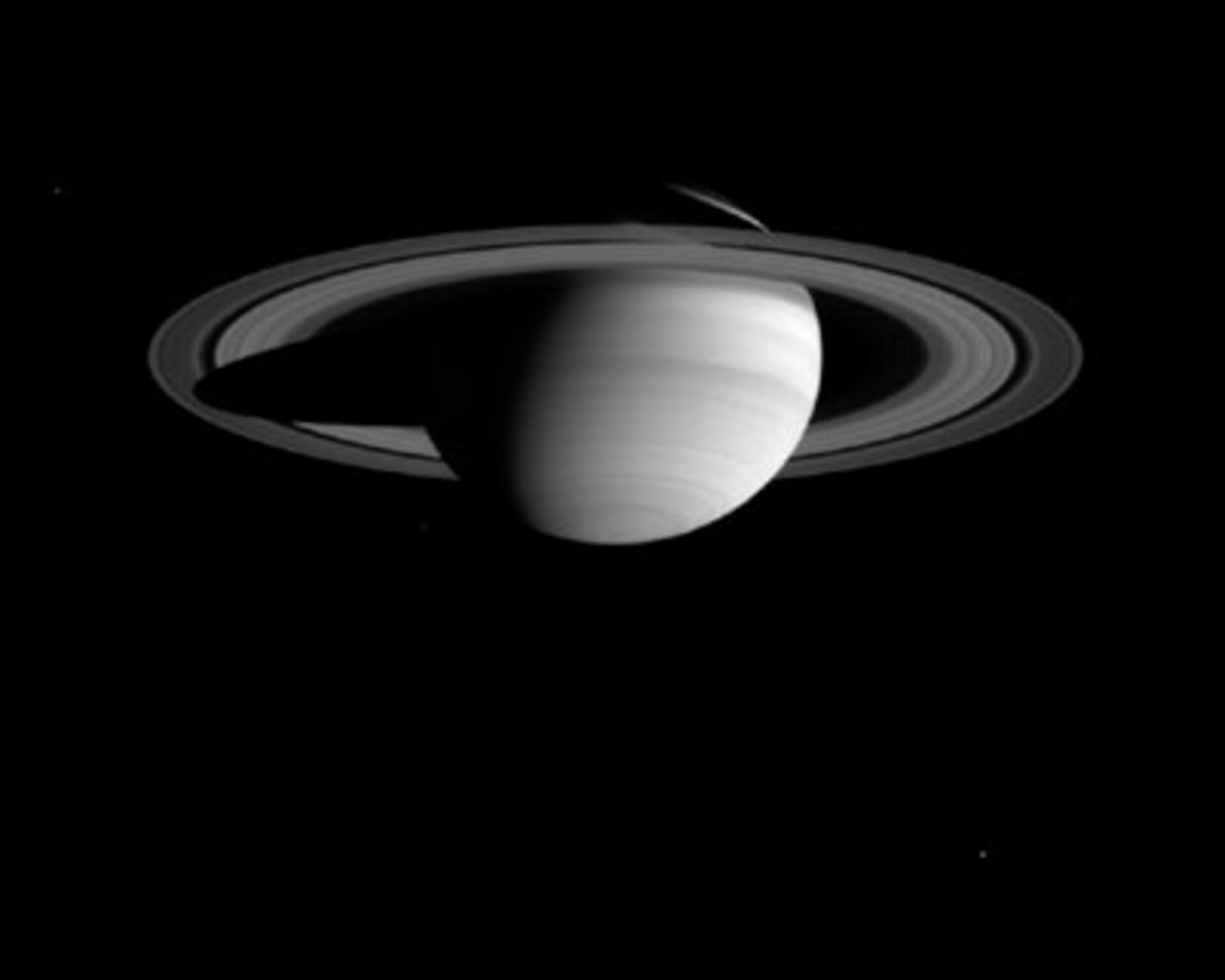 The Cassini narrow-angle camera took this image of Saturn in blue light on 29 February 2004 showing several bands and spots in Saturn's atmosphere, including a dark band south of equator with a scalloped southern border. The distance to Saturn was 59.9 million kilometres; the image scale of the high-resolution image is 359 kilometres per pixel.

The BL1 broadband spectral filter (centred at 451 nanometres) allows Cassini to 'see' light in a part of the spectrum visible as the colour blue to human eyes. Images made using this filter can be combined with those taken with red and green filters to create full-colour composites.

In this image, everything on the planet is a cloud, and the contrast between bright and dark features is determined by the different blue-light absorbing properties of the particles that comprise the clouds. White regions contain material reflecting in the blue; dark regions contain material absorbing in the blue. This reflecting/absorbing behaviour is controlled by the composition of the cloud's coloured material, which is still a mystery and one which may be answered by Cassini. The differing concentrations of this material across the planet is responsible for its banded appearance in the visible region of the electromagnetic spectrum.