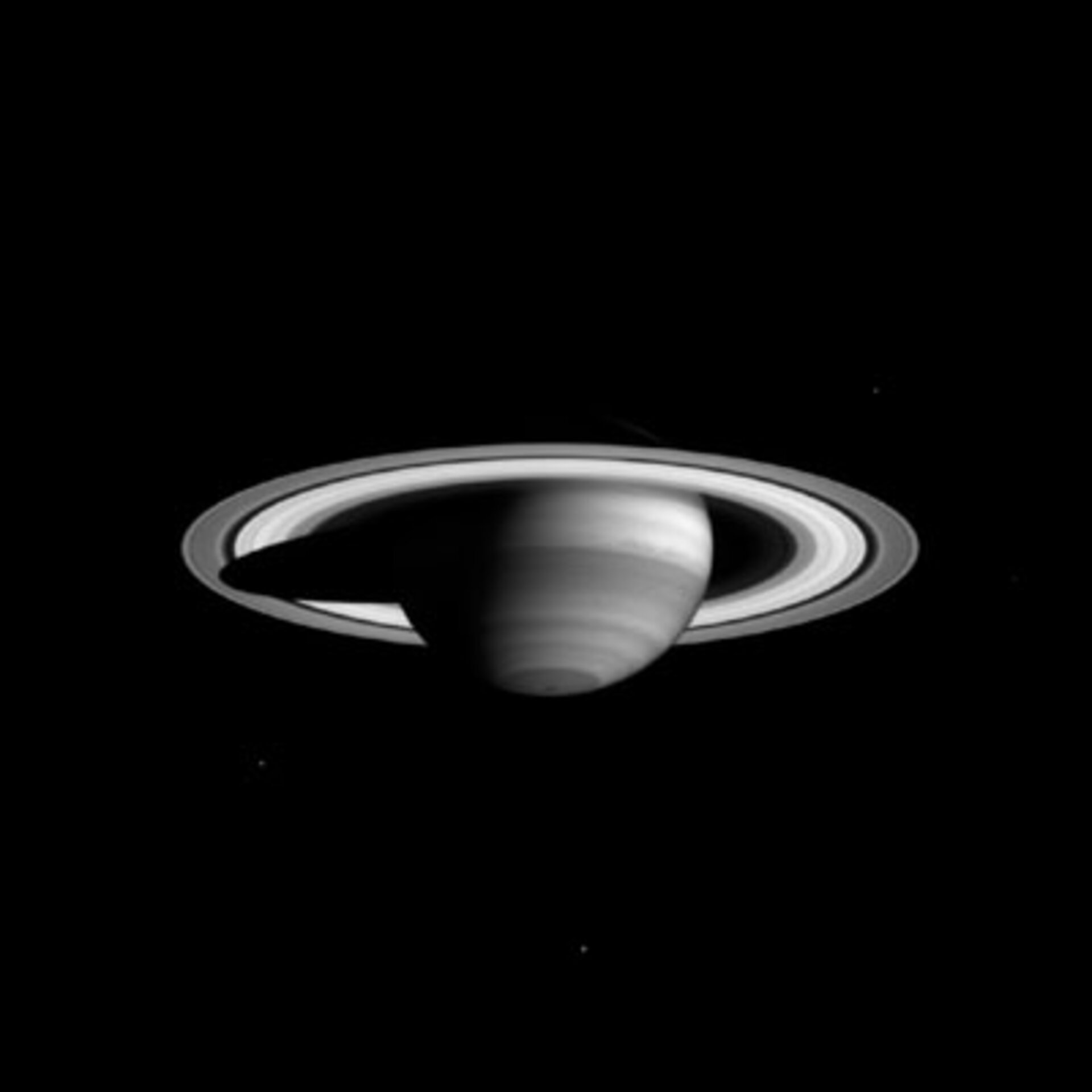 The Cassini narrow-angle camera took this image of Saturn on 16 February 2004 from a distance of 66.1 million kilometres in a special filter which reveals clouds and hazes high in the atmosphere. The image scale is 397 kilometres per pixel.

The MT2 spectral filter samples a near-infrared region of the electromagnetic spectrum where methane gas absorbs light at a wavelength of 727 nanometres. It is one of three methane filters which will be used to estimate the altitudes and thickness of clouds and hazes.

Methane gas is uniformly mixed with hydrogen, the main gas in Saturn's atmosphere. Dark locales are places of strong methane absorption, relatively free of high clouds; the bright areas are places with high, thick clouds which shield the methane below. Differences in brightness from one place to the next reveal differences in the altitudes and thickness of the clouds.

This image reveals a high thick equatorial cloud and a relatively deep or thin haze encircling the pole, as well as several distinct latitude bands with different cloud height attributes. It also shows a high atmospheric disturbance, just south of the equator, which has persisted throughout the 1990s in images returned by the NASA/ESA Hubble Space Telescope.