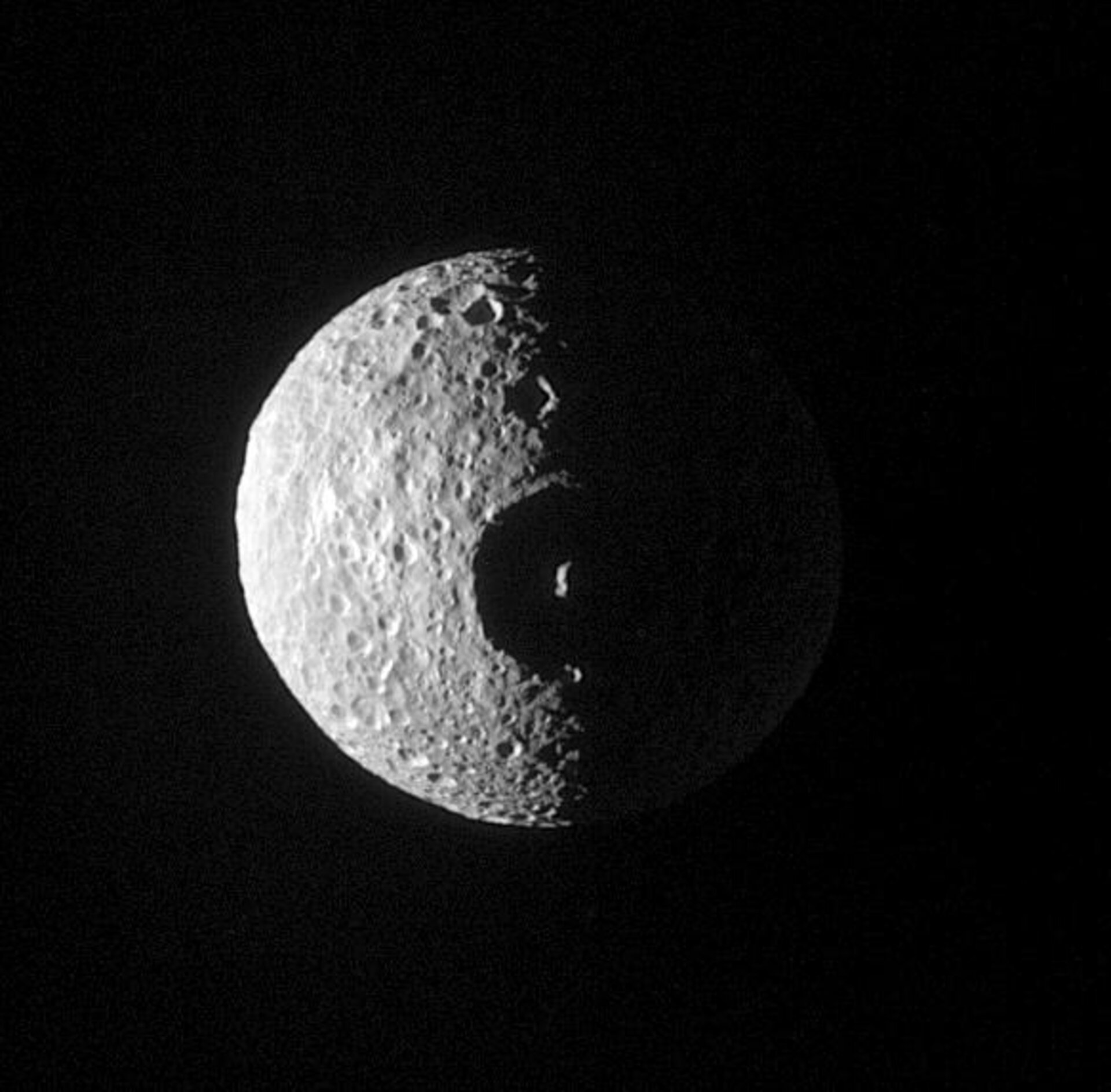 This large crater on Saturn's moon Mimas is 130 kilometres wide and has a prominent central peak, seen here almost exactly on the terminator. Mimas is 398 kilometres across.
This view is predominantly of the leading hemisphere of Mimas. The image has been rotated so that north on Mimas is up. This image was taken with the Cassini narrow-angle camera on 16 January 2005, at a distance of approximately 213 000 kilometres from Mimas. Resolution in the original image was about 1.3 kilometres. A combination of spectral filters sensitive to ultraviolet and polarised light was used to obtain this view. Contrast was enhanced and the image was magnified by a factor of two to aid visibility.