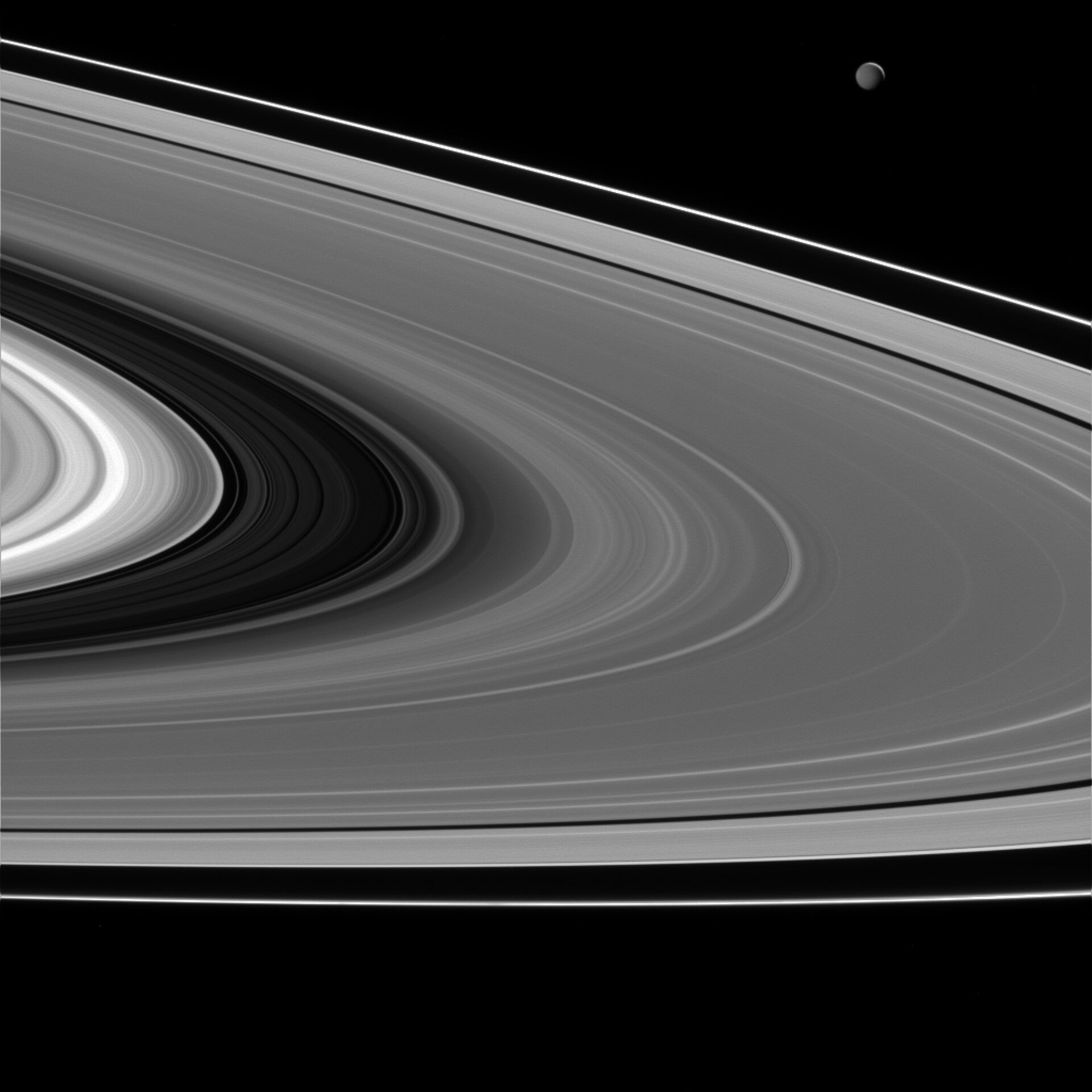 Although we are used to seeing Saturn’s moons lit directly by the Sun, sometimes we can catch them illuminated by 'Saturnshine'. Here, we see Mimas (upper right) lit by light reflected off of Saturn.

With each reflection, the intesity of the illumination is decreased significantly. To better illustrate the effect of Saturnshine, in this image Mimas (396 kilometres across), has had its brightness enhanced by a factor of 2.5 relative to the rings.

This view looks toward the trailing hemisphere of Mimas. North on Mimas is up and rotated 8 degrees to the right. The image was taken in visible light with the Cassini spacecraft narrow-angle camera on 16 February 2015.

The view was obtained at a distance of approximately 2.5 million kilometres from Mimas and at a Sun-Mimas-spacecraft, or phase, angle of 148 degrees. Image scale is 15 kilometres per pixel.