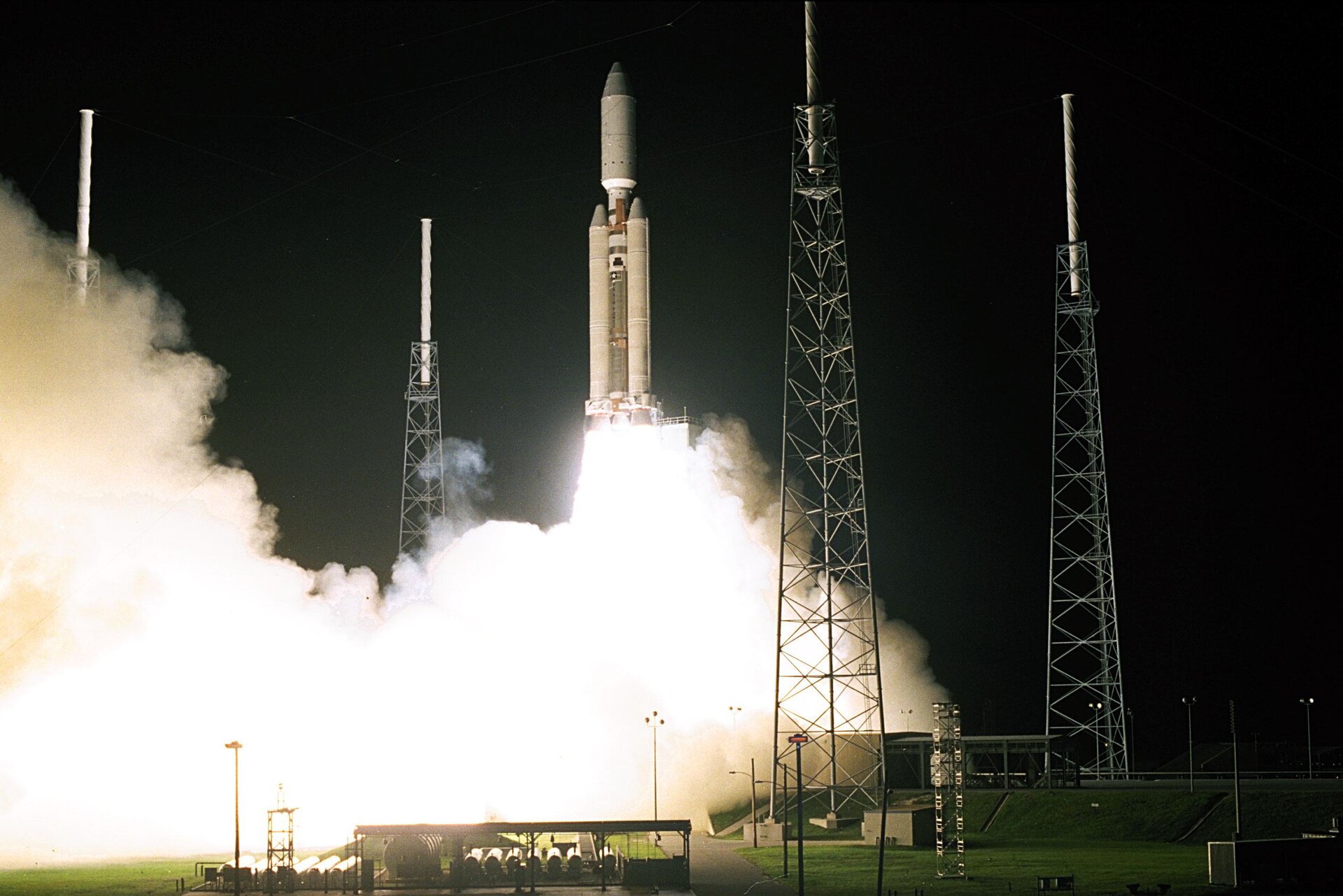 The Cassini spacecraft and Huygens probe begin their seven-year journey to the ringed planet. The successful launch of the spacecraft aboard a Titan IVB/Centaur occured at 08:43 UT, 15 October 1997.