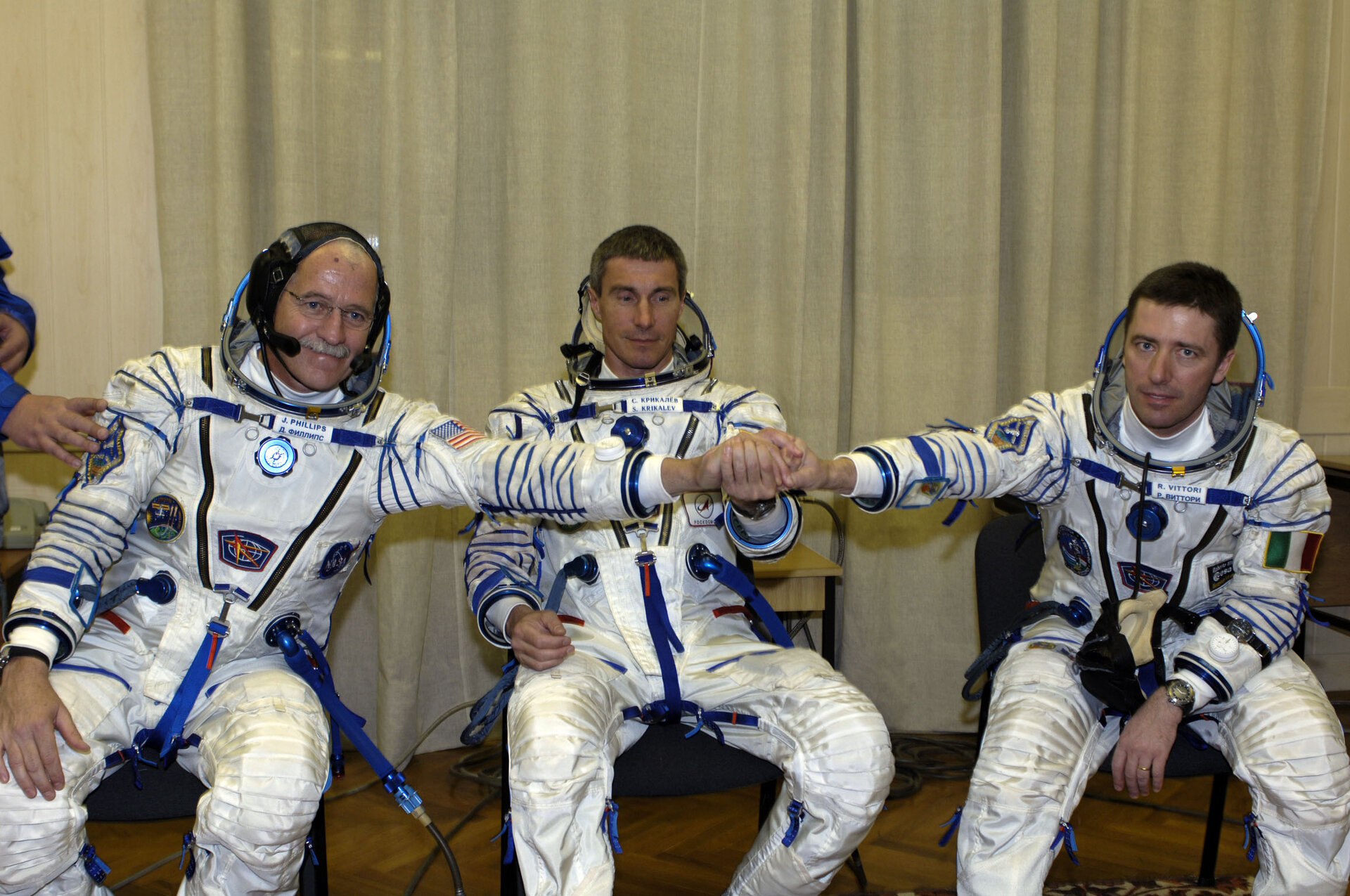 Soyuz TMA-6 crew during the final check of their Sokol pressure suits in the MIK preparation facility at the Baikonur Cosmodrome, Kazakhstan, about three hours before lift-off of the Soyuz TMA-6 spacecraft for the Eneide Mission to the International Space Station (ISS) on 15 April 2005.