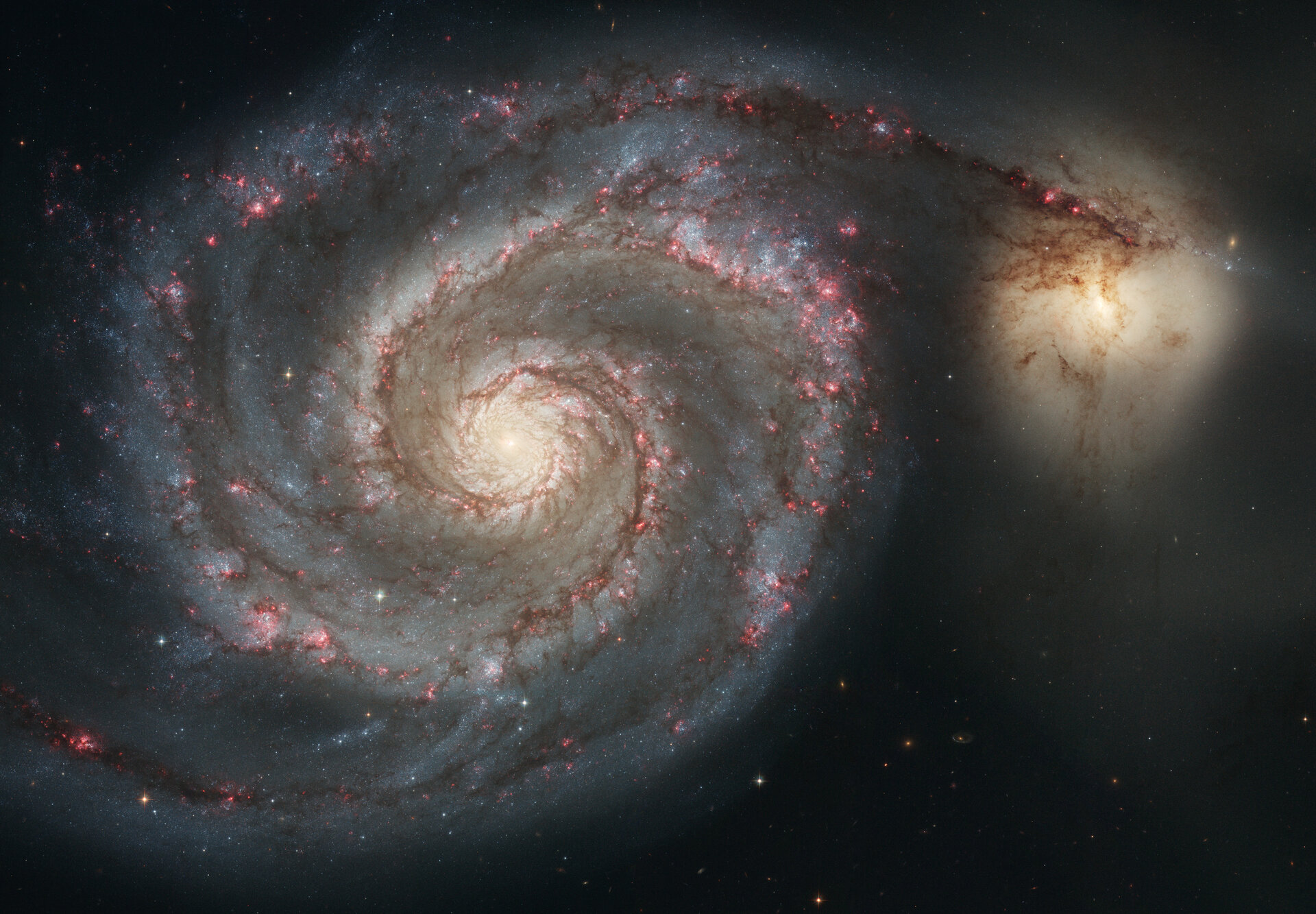 This image of the spiral galaxy M51 (NGC 5194)was taken in January 2005 with the Advanced Camera for Surveys aboard the NASA/ESA Hubble Space Telescope.

The galaxy is nicknamed the Whirlpool because of its swirling structure, and is located 31 million light-years away in the constellation Canes Venatici.

The small, yellowish galaxy at the outermost tip of one of the Whirlpool's arms is called NGC 5195.