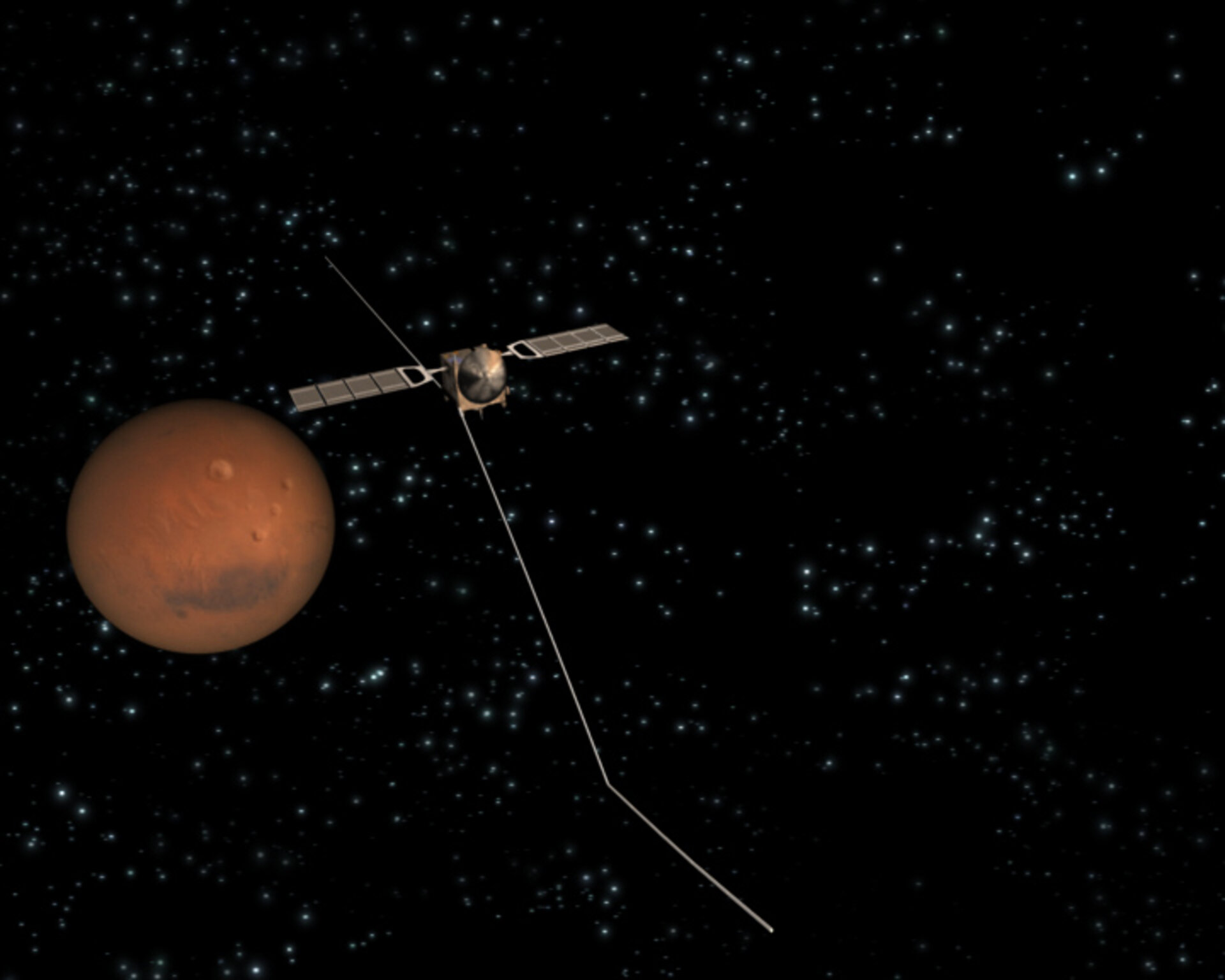 The unfolding of MARSIS boom 2 continues

The command to deploy the second MARSIS boom was given to ESA's Mars Express spacecraft at 13:30 CEST on 14 June 2005. Mars Express was set into a slow rotation to last 30 minutes during and after the boom extension. This rotation allowed all the boom’s hinges to be properly heated by the Sun. Just after, an autonomous manoeuvre oriented the spacecraft towards the Sun, to have the spacecraft recharge its batteries and for a further heating of the hinges.