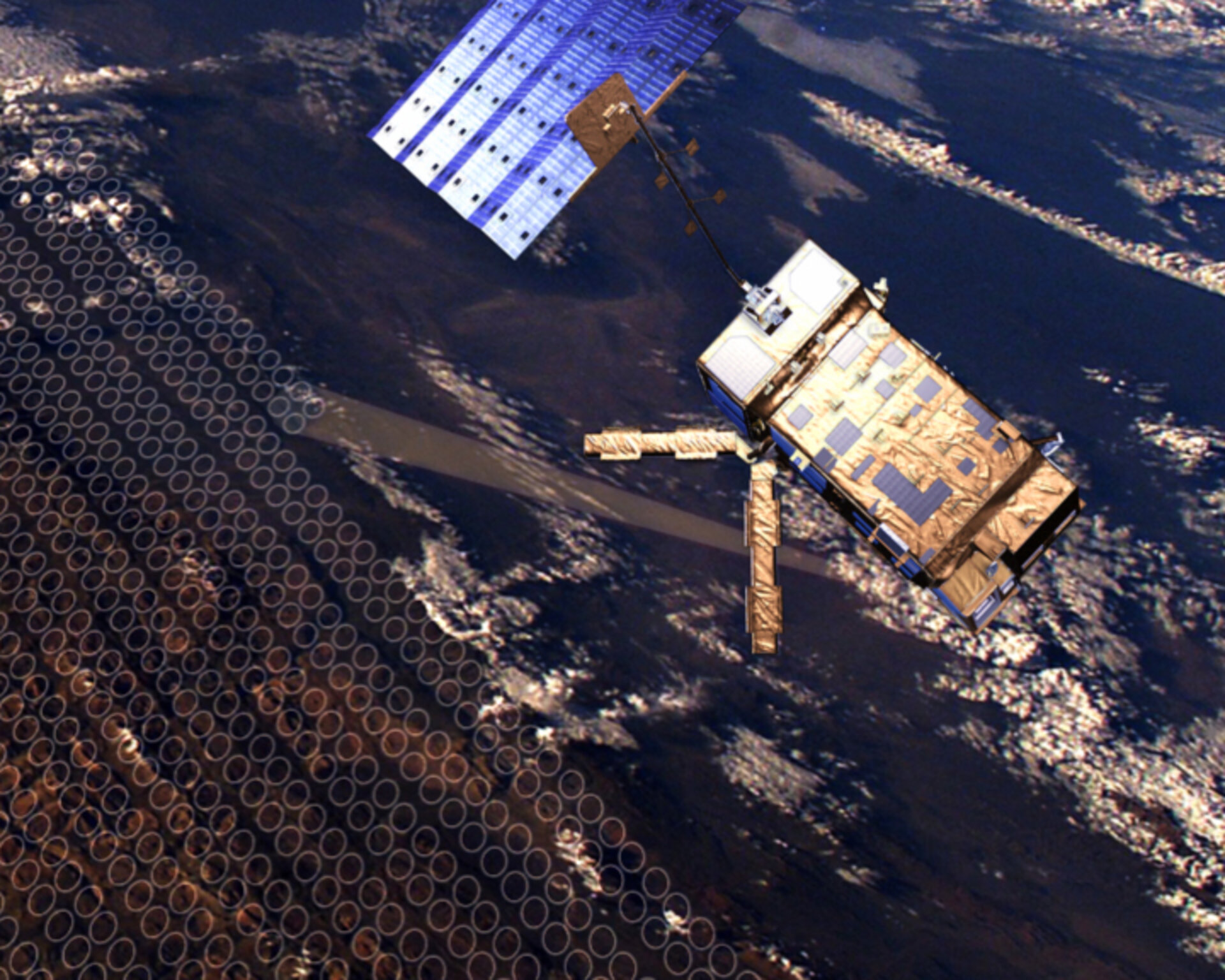 From MetOp's polar orbit, the IASI instrument observes the Earth up to an angle of 48.5° perpendicular to both sides of the satellite track corresponding to a swath of about 2 000 kilometres on the ground. Each sample is made up of four circular pixels with a maximum diameter of 12 kilometres at nadir. One swathe achieves 30 equally spaced Earth views (and two calibration views). The incoming radiation is measured in three spectral bands. Band one (15.5 to 8.26 microns) contributes mainly to retrievals of temperature profiles and ozone, band two (8.26 to 5 microns) contributes to retrievals of humidity and some trace gases and band three (5 to 3.62) contributes to retrievals of temperature and some trace gases.