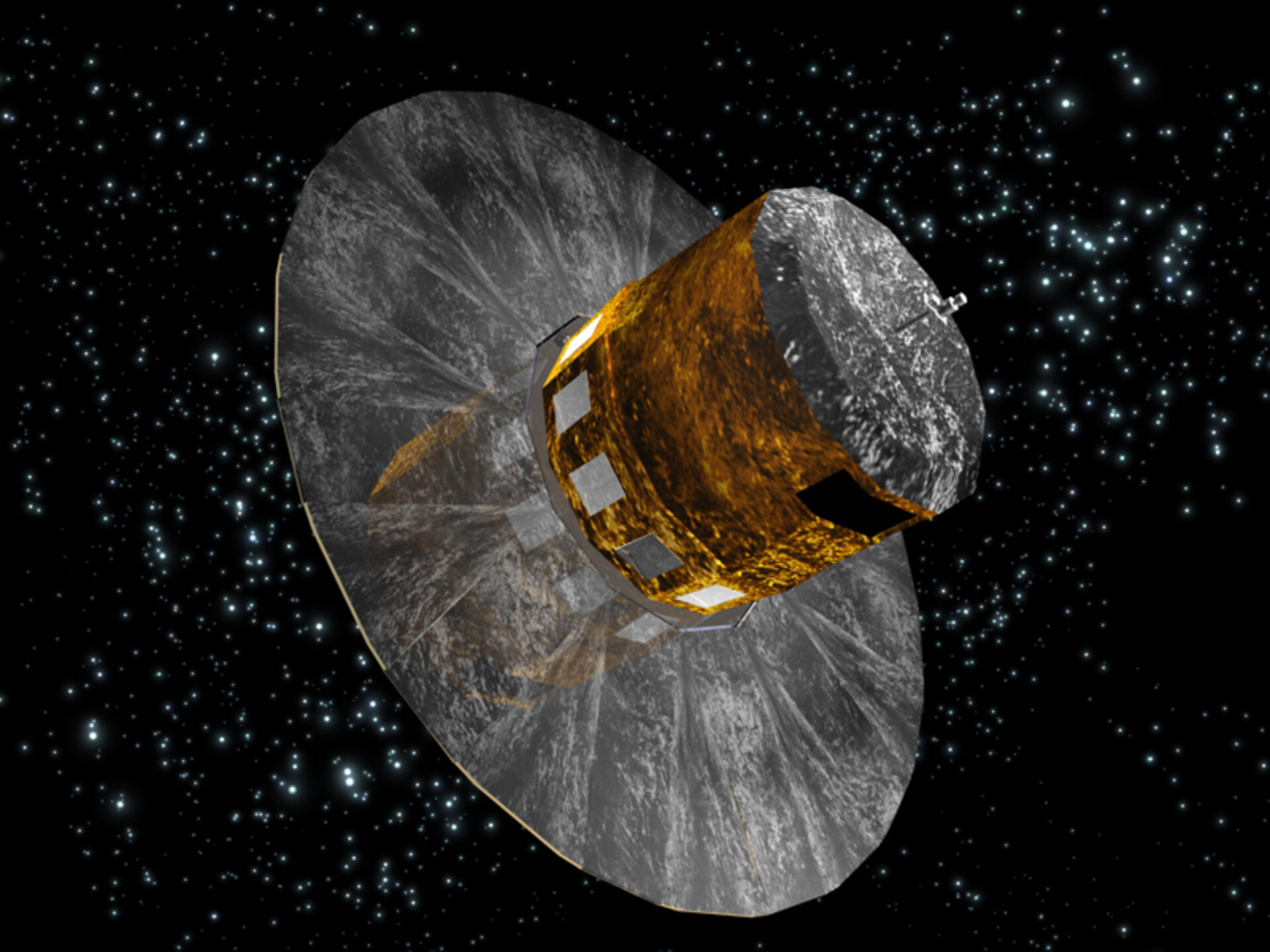 Artist's impression of the Gaia satellite

Gaia will be the most accurate optical astronomy satellite ever built so far. Due for launch in 2011, it will continuously scan the sky for at least five years from a point in space known as the second Lagrangian point (or L2), located at about 1.6 million kilometres away from the Earth, in the direction opposite to the Sun.